Hello, it's TE: Telecom Egypt is a mobile operator without a mobile network 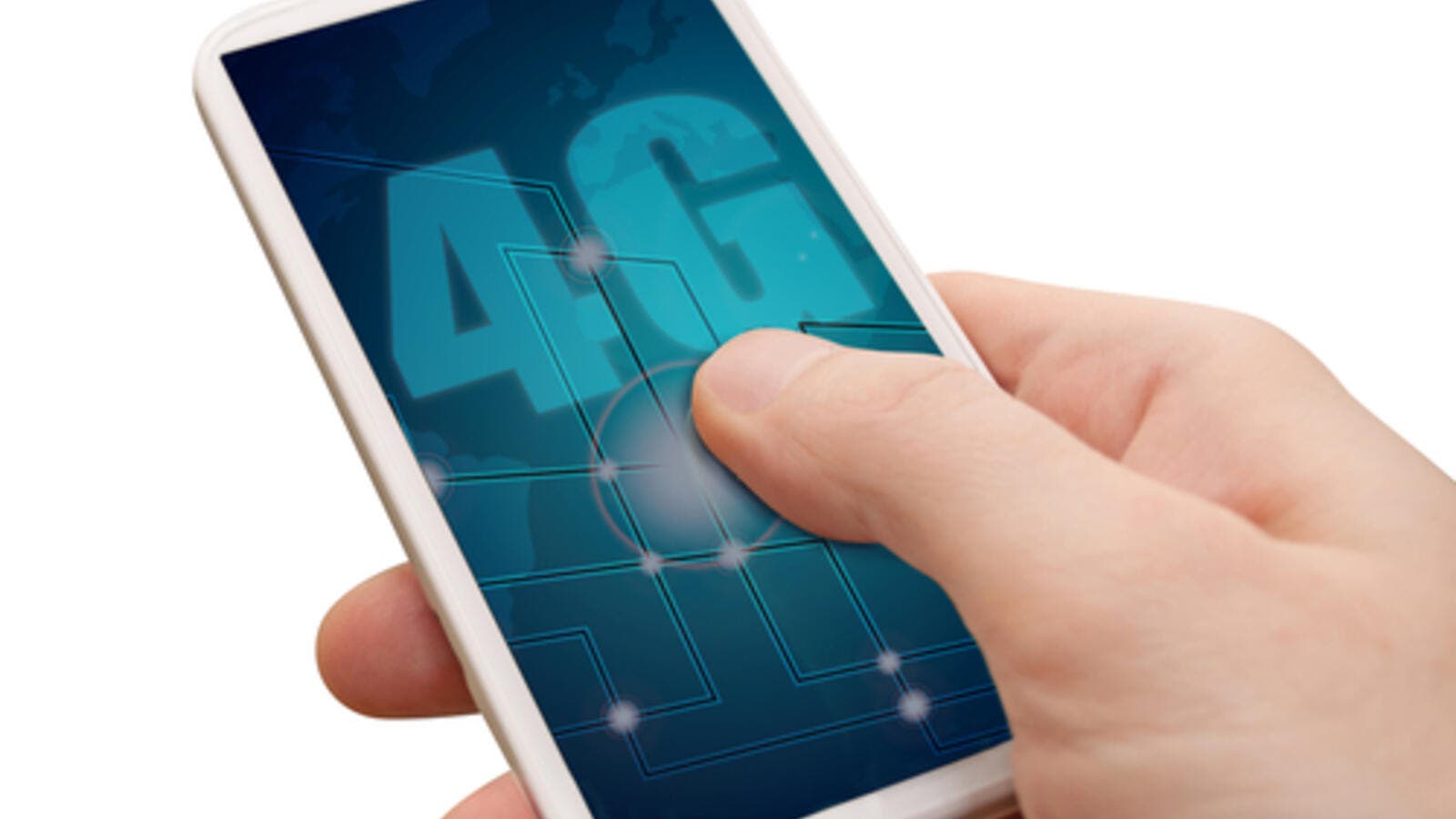 Vodafone, Orange, Etisalat said they rejected the 4G licensing conditions due to overpricing, the lack of available frequencies, and the condition of paying half of the licence’s value in US dollars. (Shutterstock)

The telecommunication market in Egypt has its eyes set on the National Telecom Regulatory Authority (NTRA) meeting on 1 October.

It all looks complicated now that the three mobile operators—Vodafone, Etisalat, and Orange—have declined the 4G licence; but Telecom Egypt (TE) has decided to go through with the purchase, making it an integrated telecommunication operator.

The conflict between the Ministry of Communications and Information Technology and the three mobile operators came on the back of a dispute between the NTRA and the companies on the limited frequencies that were offered (10MHz for Etisalat, and 7.5MHz each for Vodafone and Orange), as well as the high price of these bands. Moreover, to obtain the 4G licence, the NTRA insisted that the companies pay half of the price in US dollars—without instalments.

TE on the other hand will offer voice services as a virtual operator by using the other companies’ existing towers and networks. Technically though, TE would not be able to offer 4G services until it builds its own network, which could take two to four years. In the meantime, TE is expected to start building its network in high-profitable areas first and offer 4G there in the first six months.

This means that now TE really is Egypt’s fourth mobile operator—short of signing a few domestic roaming agreements and building the 4G network. TE has already paid EGP 7.08bn for the licence and is expected to pay a similar amount over the coming three years for network investments, amounting to EGP 15bn. But the question remains: will it ever be able to make a profit off this investment?

Could TE achieve an acceptable return on investment in mobile phone sector?

Telecom Egypt (TE) is expected to inject about EGP 15bn worth of investments to launch its activity in the mobile phone market and build its own mobile phone network, in addition to the cost of the 4G licence, which amounts to EGP 7.08bn.

This means that the company would invest about EGP 22bn in the Egyptian market. The question is whether the new mobile phone network and the 4G services could achieve the expected return on investment (ROI)?

Hamdy El-Laithy, CEO of Linatel Telecommunications, said that TE’s decision to enter the mobile phone market should be made based on feasibility studies, because if they turned into an integrated mobile operator, they will lose some of their existing resources. He added that the current situation is complicated, especially after the three mobile operators rejected buying the 4G licences.

El-Laithy noted that, before the rejection, the revenues of TE were expected to decline after the three mobile phone operators bought the 4G licence, because they would have purchased the international gateway (IGW) licence, rather than leasing it from TE. In addition to that, TE has to sell its shares in Vodafone Egypt, amounting to 45% of the total shares of Vodafone.

El-Laithy expects TE to need to inject about EGP 15bn worth of investment, bringing the company’s total investments to about EGP 22bn during the first three years of acquiring the licence. He ruled out that the state-owned company could achieve an acceptable ROI during the first five years.

On the other hand, Mohsen Farid, head of the strategic planning department in TE, said that the company will need two to four years to build its own network. Throughout that period, it will depend on the locally operating telecommunications companies─Vodafone, Orange,  Etisalat─to offer mobile voice services.

TE will need more frequencies to offer high-quality 4G services, as the frequencies allocated for the company (15 MHz) will not be sufficient to provide those services.

TE has asked the National Telecommunications Regulatory Authority (NTRA) to learn about the conditions and controls of other frequencies in order to consider them for further evaluation. The company wants provide them in a way that suits its strategic goal of transforming into an integrated telecommunications operator.

At the end of August, the company signed a licensing contract to provide mobile services worth EGP 7.08bn. Through the new licence, the company will offer integrated telecommunication services, including voice and data, in addition to fixed and mobile services to customers in the Egyptian market.

Farid believes that the current economic and competitive circumstances in the mobile market are not the best for TE to start its activities. It is expected that the company will not achieve the desired revenues from investments during the first five years. However, the situation may improve if the country’s economic conditions are enhanced.

Farid believes that it is better for TE to focus on investing in the development of the infrastructure, including the optical fibre cables, and improving fixed internet services (ADSL), which will eventually maximise the company’s revenues without the injection of costly investments.

Hamdy El-Leithi, chairperson of Linatel For Telecommunications, thinks that there is a fundamental difference between providing telecommunications services for land lines and for mobile phones; thus Telecom Egypt (TE) must work on developing its staff skills to commensurate with the new service.

El-Laithi believe that TE could benefit from the many human resources working in the mobile and telecommunication sectors, but in the first stage the company must rely on a foreign mobile operator to provide a general system for the service and to take advantage of its expertise in this the field.

An official at one of the international telecommunication solutions companies who requested anonymity said that TE technically will not be able to provide 4G services before establishing a private network, which may take between two to four years.

TE obtained a licence to provide 4G services on a15 MHz frequency worth EGP 7.08bn.

The company will rely on Vodafone, Orange and Etisalat to provide 2G and 3G voice services by holding a trade agreement with the three mobile operators, known as national roaming.

According to the official, TE would not be able to provide 4G services through mobile operators’ networks, as they will not accept any changes to their networks. This will postpone the provision of 4G services until TE builds its own network.

The official sees that, during its first six months in the mobile service operators market, TE will resort to building mobile networks in economically viable areas in Greater Cairo, so as to allow its 4G services.

What will TE reap from the 4G licence?

A few weeks ago, Telecom Egypt (TE) signed the 4G service licensing contracts. It has allocated frequencies for offering the service, whereas 2G and 3G services will be offered by default, depending on other operators through the local roaming agreement.

TE has paid EGP 5.2bn, half of them in US dollars, out of a total of EGP 7.08bn for the licence, whereas the remaining amount will be paid in instalments over four years. But the question remains: what will TE reap from this move?

An official in TE said that 4G services aim to provide high-speed internet, starting from 100 MB per second─a high-quality and expensive service.

Throughout the first phase, TE plans to build a network to cover nearly half of Egypt’s governorates with 4G services. The company will target more up-scale areas in these governorates, since the possibility of the residents in these areas to use the service is higher than others.

According to the official, TE’s studies expect 4G services to attract 4-5% of mobile users in Egypt.

Since TE will cover half of Egypt’s governorates, it is expected to attract 700,000 users at least, which would generate annual revenues of about EGP 4.3bn. On the other hand, the company’s revenues from voice services are expected to reach EGP 6bn—if the company manages to attract five million users during the first year.

The three locally operating mobile companies─Vodafone, Orange, Etisalat─have announced their rejection of the 4G licensing conditions on Thursday due to overpricing, the lack of available frequencies, and the condition of paying half of the licence’s value in US dollars.

Investments from private sector companies are the main foundation of Egypt’s telecommunications sector. Vodafone Egypt has invested more than EGP 35bn since entering the Egyptian market. It has allocated nearly EGP 9bn to update its network and prepare it to offer the 4G technology. On the other hand, Orange has invested about EGP 32bn, whereas Etisalat was the first company to offer 3G services, with investments worth EGP 37bn in the Egyptian market.

The National Telecommunications Regulatory Authority (NTRA) has specified the prices for 4G frequencies at EGP 3.5bn for both Vodafone and Orange, EGP 4.5bn for Etisalat, and EGP 5.5bn for TE. 50% of the value should be paid in US dollars. The companies will pay a fee for providing 4G services as well, which will be repaid independently, in addition to the price for frequencies.

TE’s decision to replace the copper internet cables with high speed fibre optic cables resulted in competing companies losing internet services, as customers were forced to switch to TE Data because it is the only company providing these services.

Competing companies considered this decision damaging to the competition between TE and other internet providers, so they filed complaints to the National Telecommunication Regulatory Authority (NTRA).

TE’s move resulted in customers of Orange, Vodafone, Etisalat, and Noor switching to its company TE Data, which acquires about 70% of the ADSL market, said Tharwat.

Tharwat added that the failure to punish TE for its actions will negatively impact the reputation of Egypt’s investments, especially as the current situation in the telecommunications market would negatively affect the country’s investment climate.

On the other hand, an official at one of the telecommunication companies said that the absence of market organisational mechanisms, besides having only one company that monopolises the infrastructure of the sector, create factors of instability that portend future illegal practices in the telecommunication market.

The official added that TE’s experience in the ADSL market is one of the reasons why telecommunication companies fear TE joining the mobile market, especially given that TE obtained the 4G and mobile licences.

TE Data acquires 70% of the ADSL market, while Orange, Vodafone, Etisalat, and Noor have the remaining share.

The official added that TE will use its dominance in the ADSL market to attract customers to its mobile services.

There are concerns that TE might provide added value services that link land lines to ADSL and 4G, which would be a detriment to competition due to the lack of integrated services at the competing companies.