How Attractive Is UAE Financially to Global Tech Firms?

Published August 26th, 2019 - 10:27 GMT
The UAE stock market is currently performing worse than in any year since 2008 and has been affected by reduced interest in the Emirates real estate market. (Shutterstock)

Promoting technology and innovation is key to the sustainability of economic growth in the UAE. It already has a leading position as being the most popular location for multinationals for companies' Middle East and African regional headquarters. But as the reliance on oil finance slows and the cost of living rises, can it still be a leading hub for global tech firms?

Tech: the next frontier Dubai wants to conquer
Dubai has already become a global leader in transportation and logistics; Jebel Ali is the world’s ninth-biggest container port in the world while Dubai International Airport is the third busiest, a position held due to financial investment and geographical location. The next step in Dubai’s quest to become a global leader is the tech industry. It's already worth over $5 billion each year, but Dubai is looking for more growth.

Underpinning its ambition, Dubai makes a home for some of the biggest tech expos and meet-ups in the industry, including GITEX Technology Week, Blockchain Summit, Future Tech Week, Future Blockchain Summit, Step Conference and HITEC Dubai. These trade shows and conferences attract huge gatherings of people from the tech industry and are all gearing towards the Expo 2020 Dubai .

Not helping Dubai’s tech expansion strategy are the rising property prices, increased numbers of foreign workers leaving (either for other Gulf states or heading home), as well as a falling reliance on investment, which is still propped up by contracting oil revenues. This has affected the stock market, the money coming in from foreign investment, and where external investment actually comes from.

Sony rethinking its Middle East strategy Sony is one major company that has recently confirmed it is in the UAE as well as the Middle East, Africa and Turkey. Although Sony’s overall profits are strong, its mobile phone sales have continued to experience huge drops in sales from 14.6 million in 2016 to 10 million units in 2018, consequently forcing the company to reissue decreasing sales forecasts for the 2018 fiscal year - the third straight year it has done so.

The mobile division itself isn’t even on the same page as Samsung or Apple - or even Chinese mobile brands Huawei, Xiaomi or OPPO. In fact, Sony is also being overtaken by HTC in most locales around the world. Becoming less relevant in the smartphone market is causing speculation and change in Sony’s Middle East strategy. CEO Mitsuya Kishida said, “We will take the necessary measures in each region based on their profitability and specific issues”. One such issue is the glaring absence of smartphone usage share in the UAE.

Supplied photo.
As can be seen by these figures, Sony’s inability to topple their competitors in the smartphone market is at odds with their stock prices, which saw higher percentage increases than Apple and Samsung, the latter of which saw a decrease of 3.07% during the same period. Such changes are relished by traders , as careful study of tech announcements can yield interesting potential trades for those willing to speculate on the rise or fall of share prices.

In looking at whether the UAE is the right place for Sony, Kishida has to consider whether the region can still offer global tech companies the ideal financial environment. There are signs that the booming economic conditions that transformed Dubai from a small desert fishing town to a global business hub may now be somewhat in retreat. What has been a centre for trade, business, shopping and tourism is now showing signs of change. 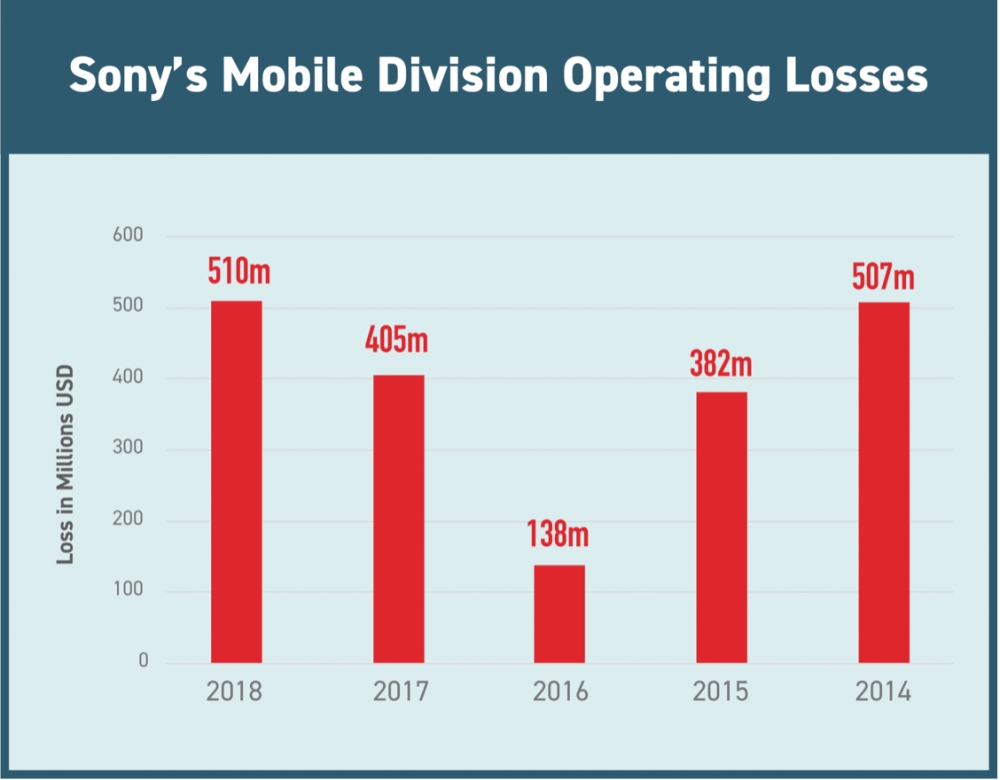 Are the UAE’s investment foundations on solid ground?

There are increasing concerns that the huge building projects - high rises and shopping malls - won’t be filled. Even corporations like Emirates Airways and major property developers like . The UAE stock market is currently performing worse than in any year since 2008 and has been affected by reduced interest in the Emirates real estate market. Reports of property transactions being down by 20% tell a story of lost confidence in Dubai’s ability to attract and keep big businesses.

As crude oil’s ability to maintain the funding of economic prosperity of the region starts to wane, Dubai, Abu Dhabi and the Emirates as a whole are now finding themselves in a competition with Qatar and Saudi Arabia to attract foreign investors. According to Khatija Haque, the head of the research at Emirates NBD PJSC, Dubai’s biggest bank, “When oil was at $100 a barrel for several years, there wasn’t much need to attract foreign investment. Clearly, that has changed.”

In 2018, UAE introduced a range of measures designed to reduce the flow of outgoing foreigners and businesses. One of them was relaxing the rule that foreigners needed a local business partner. While they are now allowed to own their own business without one, the expat exodus still continues. Neighbouring cities like Doha in Qatar and Manama in Bahrain have become equally appealing places in recent years, so UAE house prices continue to fall. Money - and more specifically tech money - needs to come in from somewhere.

Decisions like the one Sony is facing reflect the reluctance of foreign investment in the UAE. While it may have the lead in attracting investors to the Gulf, the amount of foreign investment is still falling. Direct investment dropped from a peak of $14.2 billion in 2007 to $9 billion in 2016. Every company continually evaluates where it's making money and where it isn't. Sony’s sales are falling globally, accelerated by a poorly performing mobile division, so it's not surprising that it should review its business in some markets. With the UAE performing particularly badly for mobile and communications, withdrawing from an area where a greater need for investment is required might initially seem worth considering. Countries where Sony doesn’t see quick turnaround may alternatively see a degree of downsizing instead.

As an investor, China has become the single largest foreign investor in the Middle East, providing investment worth $29.5 billion in 2016. President Xi Jinping mandate of building its business interest in the UAE rather than principally shipping its products from China.

The UAE has welcomed collaboration with China. In 2017, 1.3 million Chinese tourists arrived, prompting an increase in Chinese interest. Working with China has become almost pivotal to Dubai’s 50-year charter, in which vital trade routes to China were laid out. In fact, Sam Blatteis, CEO of The Mena Catalysts and advisor on policy and government affairs in the Gulf region, confirms that Chinese investment is “a key part of the UAE’s long-term strategy, which requires skilled experts, capital and technology - three resources China has deep reservoirs of.”

The Emirates and Dubai especially are certainly still talking up their tech credentials. It is still a leading place for tech investment and clearly wants to be a "smart city". It’s also no secret that China wants to become the world’s leader in tech, investing hundreds of billions of dollars in technology such as artificial intelligence and autonomous vehicles. This is seen by the relatively large market share of Chinese mobile phone market-usage in the UAE. So the tech future of the UAE may be more aligned with Chinese tech ambitions than that which is familiar to traditional tech firms like Sony, whose struggles in the region continue.