How Does Gold Perform During Recessions?

Whether US officials continue to deny it or not, fears of a recession in the US have been more valid than ever, with the world's biggest economy's GDP contracting for the sixth consecutive month, triggering questions over how this could reflect on the larger global economy, the US dollar, and the world's most celebrated hedge; gold. 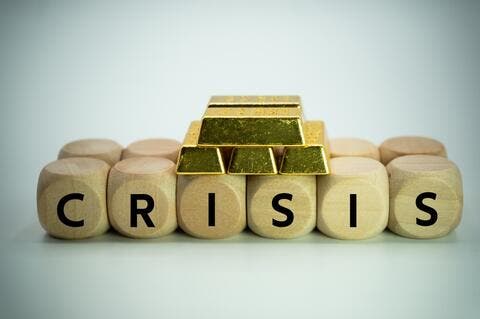 As the real gross domestic product in the United States reaches the recession mark set by economists for decades, fears of the long-term effects of the current recession grow, particularly as billions of people around the world are already feeling the severe consequences of inflation following the COVID19 meltdown.

At this point, the US dollar is soaring to historic highs in comparison to other currencies, most notably the Euro, while Cyrptocurrinces' latest crash has generated major skepticism over its liability as a safe haven in time of crisis.

Consequently, investors have been pointing at gold as the safest hedge during the next few months or even years, especially since economic experts have been warning that the most devastating and long-lasting impact of recessions does not hit immediately.

How Does Gold Perform During Recessions?

If you are to ask any economist at this point, they are more likely to recommend the yellow metal as the best way to preserve the value of savings during a recession; a piece of advice that has been largely driven by examining gold's performance during past economic recessions.

Thanks to its scarcity, physical gold (not gold-related stocks or investments) is one of the very few commodities that keep its value during economic hardship. Unlike currencies, stocks, or even real estate. 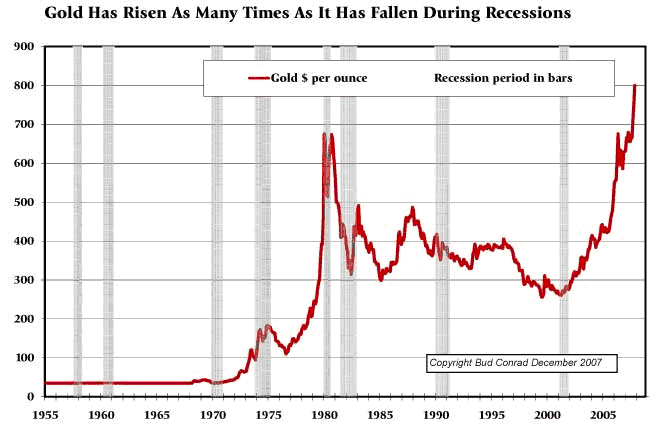 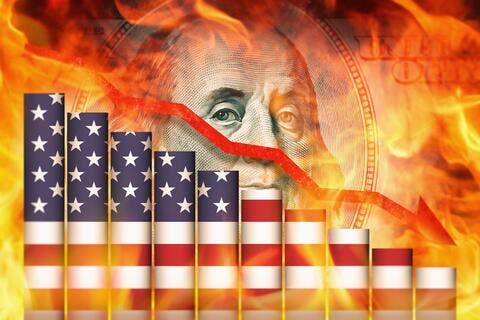 Since the end of WWII, the United States economy has witnessed more than 10 different recessions, during which the precious yellow metal either maintained its value or was able to soar shortly after the economic meltdown. For over 100 years of records, there have been no incidents in which gold prices fell significantly during a recession.

By looking at the chart above, we can see that its performance was not always immediately rewarding to investors during recessions. While opting for gold as a hedge during a crisis is highly recommended for long-term investments, individuals who are considering turning their savings into physical gold are advised to be patient even after signs of economic recovery, as gold prices could take a few dips before going higher.

Investors should also keep an eye on other global factors that could affect the yellow metal's prices, such as military conflicts in countries that produce the precious metal the most, or other unforeseen emergencies that could leave a major impact on gold prices.