How Have Arabs Used the Internet and Social Media in 2020?

For over a decade, the internet has increasingly become a major part of daily life, not only because it has become the source of an abundance of information that has never existed before, but also because it has utilized a number of communication tools that have added to its significance to day-to-day users. 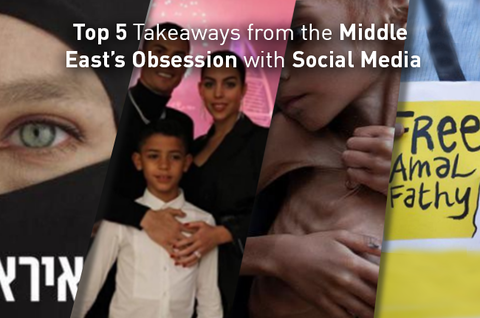 A study conducted by @NUQatar reveals a lasting impact of the Arab Spring on media habits in the Middle East. The study provides insight on shifts in news and entertainment consumption, as well as social media use #QatarFoundation #QFeducation pic.twitter.com/SPLuKcQPv6

While the use of the internet and social media platforms witnessed a boom about 10 years ago, due to Arab Sprig uprisings that crowned citizen journalism and allowed people to a new source of news other than official ones, 2020 has yet again revolutionized the way we use the global network on a much deeper level.

Thanks to the pandemic that has changed our lives for good, the internet has become the only tool that is holding the world together as one unit. It has maintained daily communications between people who can no longer meet, travel, or visit each other, just as much as it has allowed billions of people around the world to keep their jobs in an isolated infected world.

Consequently, more and more people around the world have been spending more time online, whether it is for work, study, connecting with others, or for mere entertainment.

Taking a look at how the pattern in internet use has changed in the Middle East, we have chosen to examine the Digital 2021 report at 7 Arab-majority countries, to see how they used the internet throughout 2020, and what that means.

Throughout 2020, Iraqis use of the internet grew by 2.3%. Meanwhile, mobile phone connections increased by 3.6%, while the Iraqi presence on social media platforms rose by a whopping 19%, showing an interest in both receiving news and communicating with others.

Facebook was in the lead with about 20 million Iraqis active on the platform, making about 73.5% of the country's total population. Male users made up 74.6% of all accounts while females were only about 25.4%.

Instagram came in second place with about 13 million active users, 66.7% of which were males.

Then Snapchat was the third most popular platform with more than 11 million users, 53.7% of which were females. Yet, Twitter seemed to attract the interest of only about 1.5 Iraqis with an overwhelming male majority of 95.4%.

Similarly, LinkedIn was the least popular social media platform with only 1.20 million users, making up about 5.2% of Iraqis, 90.2% were males. Such numbers echo the deepening unemployment situation triggered by the economic crisis in the country, one that has not gotten any better during 2020. 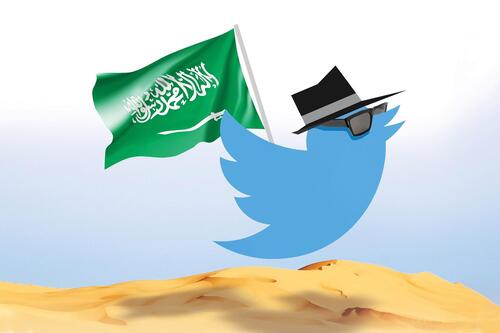 Saudi Arabian users of the internet grew by 4.2%, with an 8% increase in their presence on social media. However, mobile connections dropped by 1.2%, probably attributed to canceled subscriptions by expats who had to leave the country due to the pandemic.

Snapchat had the lead in Saudi Arabia with more than 19 million accounts, making up 71.4% of the country's population. The app's users were mostly females with about 49.6%.

Instagram came in second with 15 million users, more than 55% of which were males.

About 5 million people are active on Linkedin, making up about 20% of the country's population. (78.9% males)

Android is still the popular operating system in Saudi with about 88.7% despite a 0.8% compared to 2019. While usage of Apple products grew by 12%.

Interest in the digital world has boomed in Egypt during 2020, with internet users rising by 8.1%, social media active users spiking by 16.7%, while mobile connections increased by 2.9%.

Facebook had the lead in Egypt with 45 million users, making up 62.5% of the country's overall population. (63.6% of which were males).

Instagram came in second with 14 million, only 55.9% of which were males. Snapchat followed with 10.7 million users, with a 67.1 majority of females.

In Egypt too, Android has been more popular with 91.5% of devices, rising by 2.3% compared to the previous year. Meanwhile, Apple devices dropped by 14% to only about 8.3% of the market.

During 2020, internet users grew by 1.6% of the country's population, while no changes have been traced to social media use. However, mobile connections fell by 7.5%, mostly attributed to expats leaving the country due to COVID19.

According to figures, more than 7.8 million people have been connected to Facebook, making up about 90.3% of the country's population. (73.1% males).

Thanks to it being the business hub of the Middle East, LinkedIn has been the second most popular social media platform in the country with 4.8 million users, making up more than 58.3% of the country's population. (70% of which were males).

Instagram came in second place with 4.7 million users, 72.2% of which were males.

Snapchat has also been quite popular with more than 2.7 million users, 52.6% of which were females.

Finally, Twitter had more than 1.8 million users, with more than 88% males.

In the UAE, Android was the OS of 72.3% of devices, falling in popularity by 7.5% compared to 2019, while Apple seemed to impress users 27% more than it did in the previous year.

Throughout 2020, internet use in Jordan has grown by 0.8% while mobile connections rose only by 0.04%. However, social media platforms have seen their bases grow by more than 10.5%.

Each of Snapchat and Instagram had about 2.7 million users, however, while Instagram was slightly more popular amongst males (51.9%), Snapchat has had about 61.1% female users.

LinkedIn followed with about 1.1 million, 69.4% of which were males.

In terms of devices used to access the internet, Android was 1.6% less popular in Jordan but was still the most popular option with about 85.6% of the market, while Apple grew in popularity by 11%.

Struck by a deep economic crisis, Lebanon's use of the internet decreased by 0.6%, while social media use remained unchanged. Yet, mobile connections rose slightly by 0.8%.

Facebook has been the Lebanese's most popular platform with about 3.5 million active users, making up 65.6% of the country's population (55.9% males).

Then LinkedIn was the fourth most popular option with 850k users, 58.3% of which males.

Also pressured by the economic crisis, Android's most affordable devices grew in popularity by 0.8% to about 83.2% of the market, while Apple's products use fell by 3.6%.

During the COVID19 year, internet connections in Tunisia rose by 5%, while social media use soared by 12.3%. Mobile connections in the country rose by 1.3% only.

Just like all the other countries on the list, Android continued to be the most popular choice to 93.8% of Tunisians, rising by 0.5% compared to 2019. Apple's popularity has also grown by 2.3% to about 5.9% 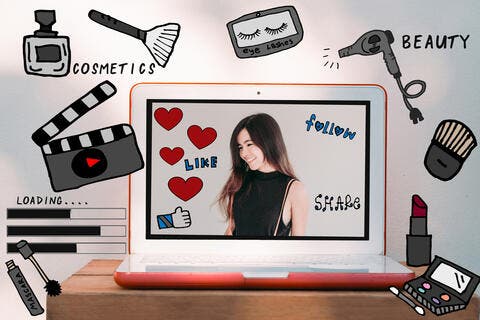 How Do Middle East Youths Use The Social Media?

While the Digital 2021 reports did not include detailed figures on TikTok's popularity, the video-sharing app has clearly been one of the most favorite options in the world including our region. In a report published earlier this year, TikTok has celebrated a major success citing several viral marketing campaigns, without providing exact numbers of users per country.

Which of the numbers above were most surprising to you? What social media platform do you use the most?