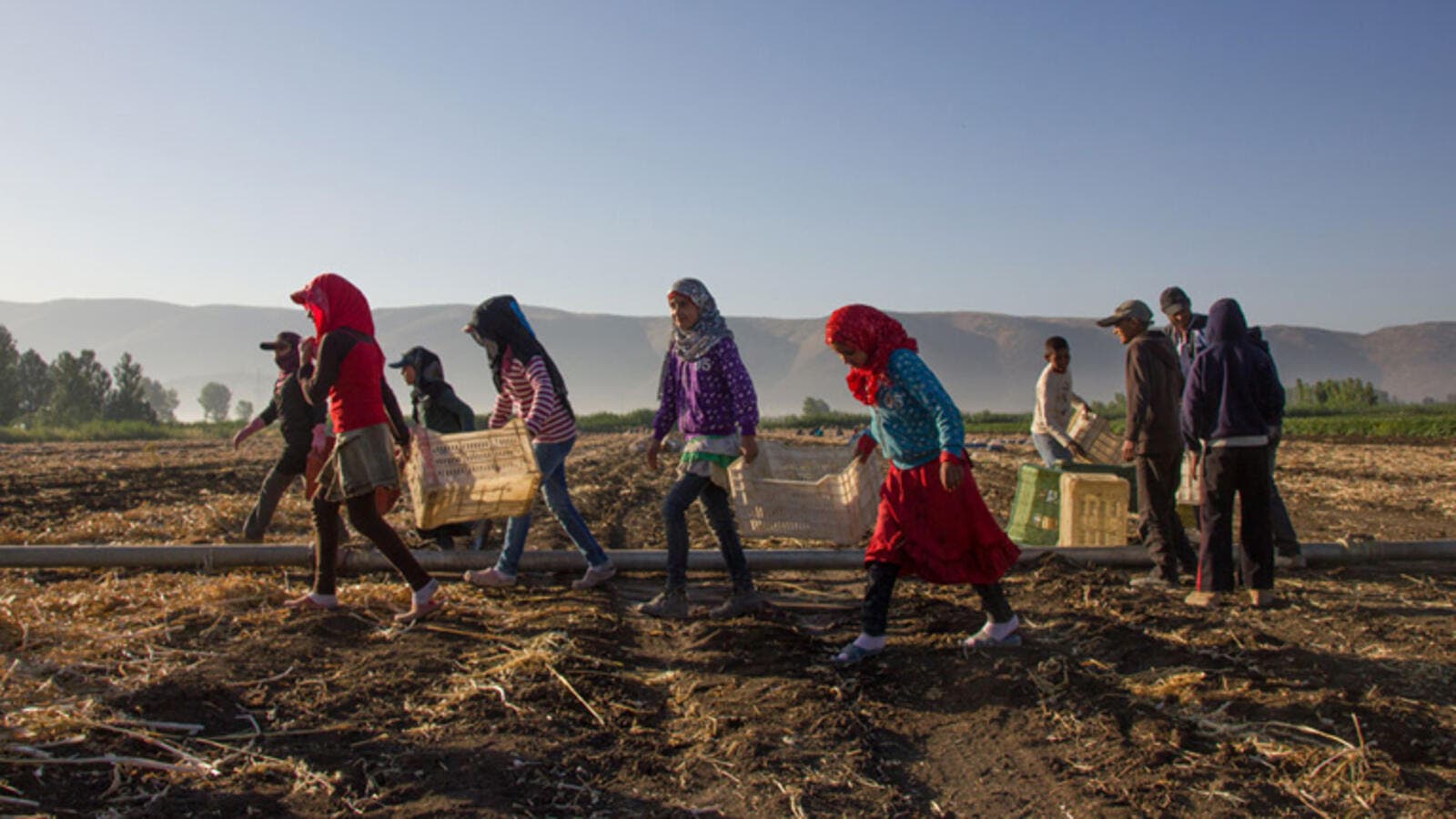 The report outlines the dynamics that force children to work instead of attend school. (ILO/Tabitha Ross)

The Euro-Mediterranean Human Rights Monitor and Syrian Network for Human Rights have issued a report on Syrian refugee children in Jordan who are forced to work.

According to the report, it is estimated that at least 60,000 children from Syria are forced to work long hours at low wages to help their families survive in conditions that are often dangerous, exploitative and without any real government oversight.

The report, titled “Weariness of the Young: Syrian Refugee Child Labor in Jordan,” estimates that 51.4 percent (668,000) of the 1.3 million Syrians living in Jordan are children. An even more neglected group are the 16,000 Palestinians who fled to Jordan from Syria, of whom about 6,560 are children. Even adults from this group are prohibited from working in Jordan.

Based on information collected through interviews with child workers, their families and employers, and relevant government agencies and NGOs, the report outlines the dynamics that force children to work instead of attend school.

The primary factor is the high cost of living; Amman, Jordan’s capital, is considered the most expensive city in the Middle East. In addition, only about 10 percent of the refugees are eligible for cash assistance from the United Nations High Commissioner for Refugees (UNHCR). Yet many of the families lost breadwinners in the civil war; 30 percent of the Palestinian-Syrian families are headed by women.

Other factors fueling child labor are the demand among Jordanian employers for low-wage workers and the inability of the country’s schools to accommodate the influx of refugees. An estimated 90,000 child refugees from Syria are not receiving any education at all.

The report documents that 80 percent of child workers are not allowed any holidays and are paid wages of 90-150 dinar per month (US$127-211) –far less than the minimum wage in Jordan.

Across Jordan, more than a third of child workers report suffering injuries on the job that require treatment. In Al-Zaatari refugee camp (the largest camp in the Middle East and the second-largest worldwide) 24 percent of child workers said in a recent survey that they do not receive any payment at all; 15 percent were subjected to physical violence.

Jordan is a signatory to the international Convention on the Rights of the Child, which prohibits employment of children under 16, as well as economic exploitation and any work that’s likely to be dangerous. However, it has not been implemented on the ground due to weak government oversight, shortage of inspectors and lack of effective penalties for those who employ and exploit children.

Euro-Med Monitor and the Syrian Network for Human Rights called on the Jordanian government to allocate inspectors to identify and halt inappropriate and dangerous child labor, collect and publicly release annual statistics on the scope of the challenge, facilitate the process required for refugees to obtain legal work authorization, lift the ban on refugee employment in professional sectors, and build new classrooms and hire teachers to accommodate refugee children.

The report also called for creating opportunities for alternative vocational education and treating Palestinian-Syrians the same as their Syrian counterparts.