Indian Economy to Rise 10 Percent on Strong Q1 Base Effects

Published June 26th, 2021 - 05:00 GMT
NCAER’s better than expected growth projections amid the setback rendered by the second wave of pandemic came as two international rating agencies lowered their growth forecasts. (Shutterstock)
Highlights
The GDP will grow 11.5% in the first quarter and 8.4-10.1% for the whole year 2021–22.

India’s leading economic think-tank has predicted that Asia’s third largest economy would grow 8.4-10.1 per cent for the current financial year (2021-22) as against a contraction of 7.3 per cent in the last fiscal. 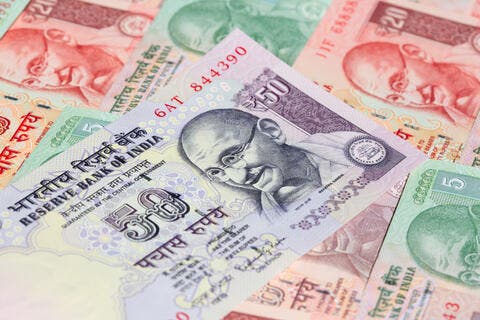 The National Council of Applied Economic Research (NCAER) estimated that gross domestic product (GDP) will grow 11.5 percent in the first quarter and 8.4-10.1 per cent for the whole year 2021–22.

"However, these high growth rates are also a reflection of strong base effects since 2021-22:Q1 following the very steep decline in 2020-21:Q1. At the end of 2021-22 GDP, on constant prices, would still be about the same as Rs146 trillion as in 2019-20," the think-tank said as it pitched for strong fiscal support to push economic growth. The economic growth, according to NCAER's estimates, had contracted by 7.3 per cent during 2020-21.

NCAER’s better than expected growth projections amid the setback rendered by the second wave of pandemic came as two international rating agencies lowered their growth forecasts.

Last week, Moody's Investors Service slashed India's growth projection to 9.6 per cent for 2021 calendar year, from its earlier estimate of 13.9 per cent, and said faster vaccination progress will be paramount in restricting economic losses to June quarter. "The virus resurgence adds uncertainty to India's growth forecast for 2021; however, it is likely that the economic damage will remain restricted to the April-June quarter. We currently expect India's real GDP to grow at 9.6 per cent in 2021 and 7 per cent in 2022," Moody's said.

Earlier this month, Moody's had projected India to clock a 9.3 per cent growth in the current fiscal ending March 2022, but a severe second Covid wave has increased risks to India's credit profile and rated entities.

On the same note, S&P Global Ratings also cut India’s growth forecast for the current fiscal to 9.5 per cent, from 11 per cent earlier, and warned of risk to the outlook from further waves of the pandemic. The rating agency lowered the growth outlook saying that a severe second Covid-19 outbreak in April and May led to lockdowns imposed by states and sharp contraction in economic activity. “We forecast growth of 9.5 per cent this fiscal year from our March forecast of 11 per cent,” S&P said.

The NCAER report said the second virus wave, four times greater in ferocity as compared to the first wave in terms of number of cases and deaths, has further disrupted the growth process, which had already been severely damaged by the first wave.

High-frequency indicators show a sharp decline in economic activity during April and May 2021, the peak of the second Covid-19 wave, though there are some indicators of recovery in June as unlocking proceeds, it added.

To restore the growth process after this situation for two consecutive years, the process now needs a strong positive push, NCAER said, adding that fortunately, export growth is projected to remain buoyant with recovery in the global economy. 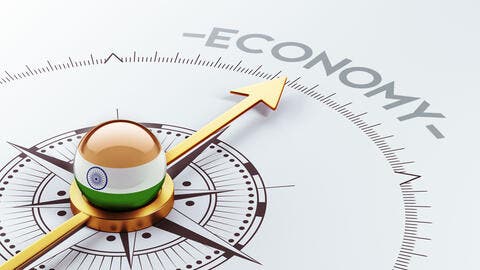 "The required fiscal policy stance in this context is public expenditure push," it said.

As per the think-tank, fiscal deficit may remain high for a second consecutive year with revenues affected by the depressed level of economic activity.