Published May 31st, 2017 - 12:54 GMT
Intel's new Compute Card is a fully-functional PC small enough to fit inside your wallet. (Tbreak)

Intel's credit card sized Compute Card is reportedly set to start shipping from August, and almost a dozen partners are ready to develop compatible products for the compact PC.

Designed to be the core for various devices like digital signage, kiosks, smart TVs, and even 2-in-1 computers, the Compute Card is functionally a complete computer that's still small enough to fit inside a wallet. It has a 55mm x 94.5mm x 5mm form factor with graphics and on-board storage, but also 4GB of DDR3 RAM, an Intel-branded processor, and both Wi-Fi and Bluetooth connectivity.

The Compute Card was revealed at Computex 2017, and will be available in four variants: 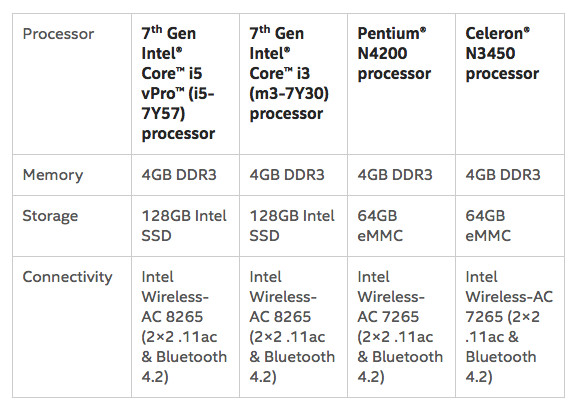 Intel has also announced that early partners such as LG, Sharp, and Foxconn are already working on Compute Card-compatible products.

LG and Sharp will focus on smart monitors and digital signage, respectively, while Foxconn and other companies like ECS, Seneca and NexDoc, are developing miniature desktops and all-in-one PCs that can be easily upgraded by swapping out Compute Cards.

Partnerships with brands like Dell, Lenovo, HP and Pasuntech were announced, but no products were declared as of now.

Pricing details for the Compute Card are yet to be announced.

Kim Kardashian Passes The Bar Exam on The Fourth Attempt