A ‘ghost armada’ of sanctions-busting tankers carrying black-market oil to China is bankrolling Iran’s secret nuclear programme, The Mail on Sunday can reveal. 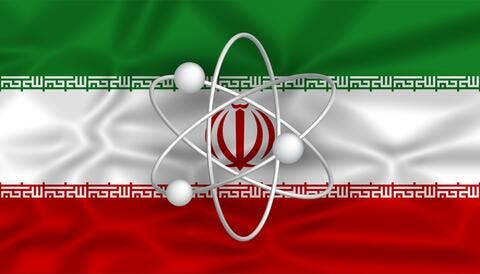 The rogue state has almost doubled its fleet sailing under other countries’ flags to 123 in the past year, letting China smuggle in up to a million barrels of oil per day – or two-thirds of the UK’s daily use.

Intelligence experts warn that the expanded fleet shows Iran, which announced hardliner Ebrahim Raisi as its president yesterday, is boosting development of its nuclear capability despite international curbs.

The fleet uses a string of techniques to evade sanctions as it sails the globe with its illegal cargo, including registering vessels in small nations without the ability to monitor tankers flying their flag.

Iranian vessels are also ‘spoofing’ – manipulating the GPS that reports a vessel’s position so it appears to be elsewhere when it docks undetected in prohibited areas.

Satellite imagery provided to The Mail on Sunday shows ships in the illegal armada allegedly spoofing last month, and others travelling to load oil on to Chinese ships in the South China Sea.

Ships also use ‘flag hopping’ to switch their registration between nations and mask their identity.

But China has flouted the ban and increased its secret dealings at sea over the past six months to help bankroll Iran’s nuclear activity, according to United Against Nuclear Iran (UANI), an international not-for-profit group led by former US ambassador to the UN Mark Wallace.

It used satellite imagery and round-the-clock tracking to monitor the illicit trade.

China was reportedly buying an average of 700,000 barrels of illegal Iranian oil a day up to April, peaking at a million barrels, making it Tehran’s main customer.

Ghost armada ships carrying 18 million barrels are currently thought to be in the South China Sea.

Between February and May, UANI successfully applied for seven ships in the fleet, which includes 20 supertankers able to carry more than two million barrels of oil, to have their flags deregistered after alerting national authorities and insurers.

Other countries that buy from Iran include Syria and the United Arab Emirates.

UANI senior adviser Sir Ivor Roberts, a former Foreign Office counter-terrorism chief, said that if only a sixth of the armada’s tankers evaded detection and completed a shipment each week, Iran would be exporting 2.4 million barrels a day – 300,000 more than before sanctions were reimposed in 2018. 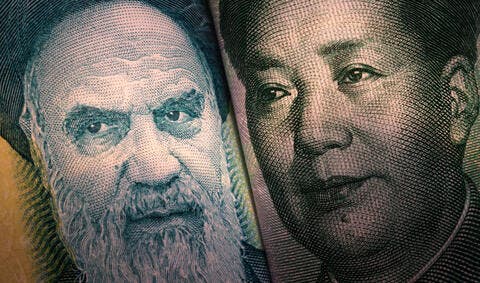 He added: ‘The volume of black-market oil China is buying from Iran is staggering. That gives the regime in Tehran the foreign currency it needs to build up its reserves, ramp up its nuclear programme in the face of international sanctions and pursue its terror-sponsoring agenda abroad.

'This shadowy alliance is a challenge to the West and… has potentially huge implications for our security.’

Iran and China did not respond to requests to comment last night.