Jordan Becomes One of 10 Countries to Digitise Cargo-Shipping Operations 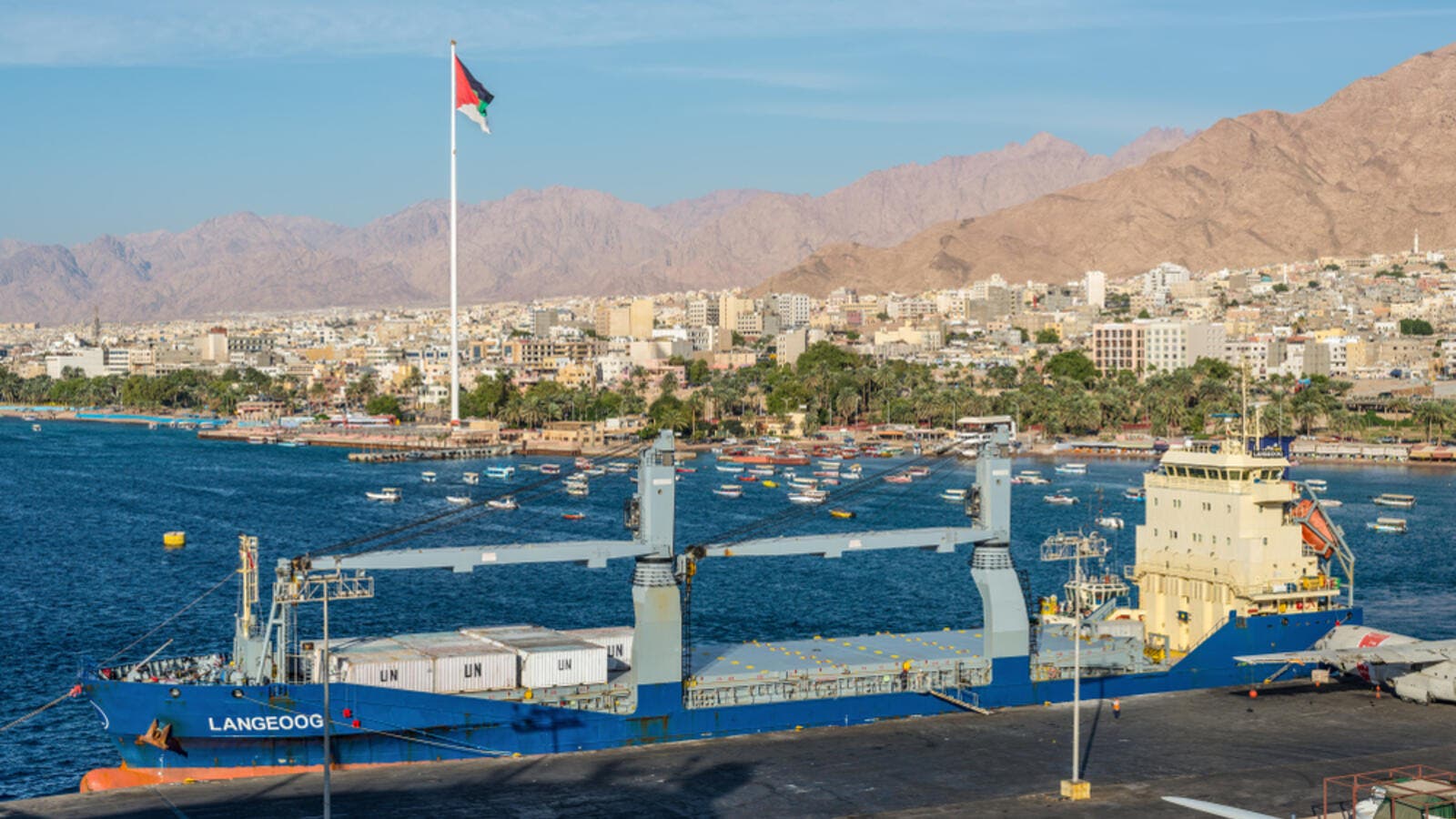 More than $16 trillion in goods is shipped across international borders each year and 80 per cent of the goods consumers use daily is transported via the maritime industry. (Shutterstock)

Jordan is set to establish a pilot zone in the Aqaba Customs Centre for moving containers through the Aqaba Container Terminal (ACT) using the digital TradeLens platform, as one of 10 countries aiming to digitise cargo-shipping operations.

With the goal of simplifying information sharing between parties, Jordan’s Department of Customs signed a memorandum of understanding on December 15 to implement the global trade platform, which digitises the information-sharing process across the logistic chain, according to a statement.

Abdulmajid Alrahamneh, director general of the Jordan Customs Department, said in the statement that the department “has undertaken several projects to enhance transparent trade and mitigate smuggling and fraud in international trade”.

According to information provided by the ACT, more than $16 trillion in goods is shipped across international borders each year and 80 per cent of the goods consumers use daily is transported via the maritime industry.

A study found that a single shipment of avocados from Kenya to the Netherlands involved 30 different organisations, over 100 people and 200 unique information exchanges, according to CCO of the ACT Vincent Flamant.

“The major problem that the traders and operators of the logistic chain face is that different parties involved in the shipping process need different information at different times, something which is very hard to keep up with when you send paper via courier services,” said Flamant in a recent phone interview with The Jordan Times.

He added that the process becomes more complicated when more than one entity requires the original document, which means that importers or exporters have to wait until an authority is finished with the document so that they can send it to yet another entity.

The department aims to encourage investment by facilitating the movement of goods, cutting down time and effort and reducing smuggling and commercial fraud while following international standards, Flamant said.

According to Director of MIT Centre for Trade and Logistics Yossi Sheffi, who was a keynote speakers at the 15th Trans-Middle East Conference in Aqaba in October 2018, “international studies have demonstrated that countries embracing technological change advance faster than other countries... and industries located in these countries are more likely to develop stronger competitive advantages, often coupled with the capacity of such countries to develop logistics clusters which spark a positive feedback loop for economic growth”.

A TradeLens statement noted that five out of the top six ocean carriers such as Maersk, Hapag-Lloyd, Ocean Network Express, MSC and CMA-CGM already committed to join the platform.

“Jordan Customs have introduced various initiatives to digitalise the trade and transport processes. Their lead in the region is now well established,” concluded Flamant.