Published August 30th, 2021 - 01:00 GMT
According to Sheikh Abdullah Al-Sabah, director general of the EPA, Kuwait plans to recycle all the tyres and avoid the need for another landfill. (Twitter)

Kuwait is planning to transform the world’s largest ‘tyre graveyard’ into a new residential area. 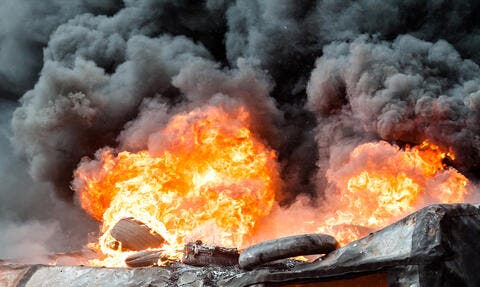 World’s biggest tyre graveyard "Sulaibiya" in #Kuwait is on fire and it can be seen from space.

The 2-square-kilometre waste dump in Kuwait contains over 40 million tyres.

The 'tyre graveyard' is considered to an environmental crisis since discarded tyres take up a lot of landfill space, especially considering their slow decomposition rate. In addition, upon break down of the tyres' rubber components, they emit ecologically hazardous chemicals. The toxic materials contained pose a heightened fire risk, with waste tyre fires on landfills prone to continue for up to nine months.

In 2019, a fire that consumed 1 million tyres and covered 25,000 million square meters broke out was said that it could be seen from outer space.

"We have moved from a difficult stage that was characterised by great environmental risk," Oil Minister Mohammed al-Fares said at the now empty landfill some five kilometres (three miles) from Al-Jahra province. 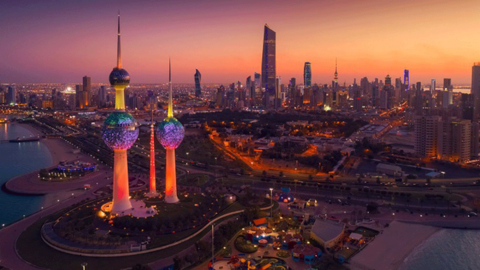 The site will be utilised for a large-scale housing project, to be implemented in the suburb of southern Saad Al-Abdullah. The Kuwaiti Environment Public Authority (EPA) has transferred the tyres it formerly housed to Salmi, which is in closer proximity to an already existing tyre recycling facility.

According to Sheikh Abdullah Al-Sabah, director general of the EPA, Kuwait plans to recycle all the tyres and avoid the need for another landfill.

It's worth mentioning that up until 2019, environmental activists have pointed out that tyre recycling in Kuwait does not conform to international standards.

Was Biden Asleep in His Meeting With Israel's Naftali Bennett?