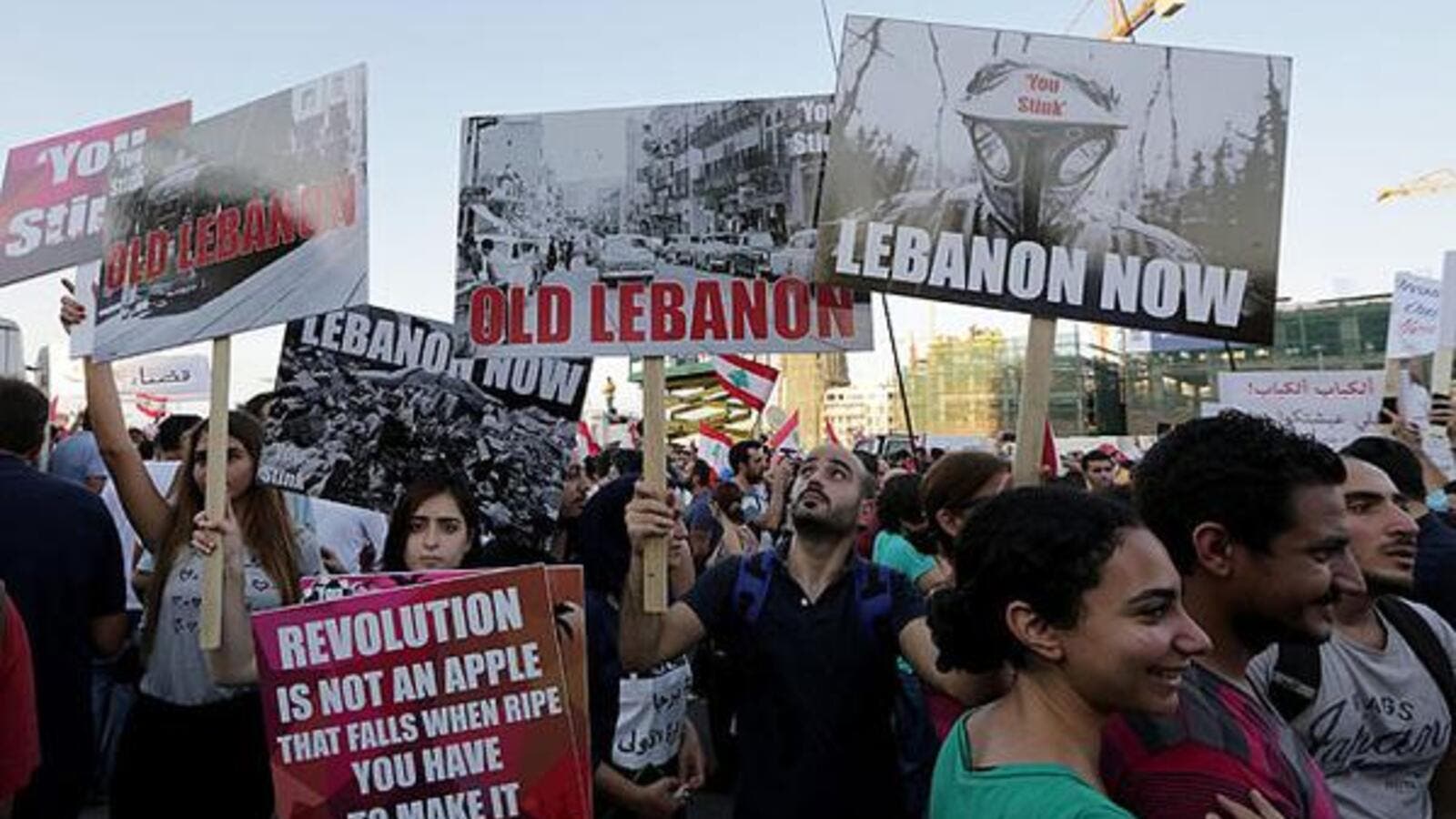 The union demands broadly overlap those of the mass protests led by #YouStink, but are not entirely congruent. (Twitter)

Public sector unions are set to strike Wednesday to coincide with Speaker Nabih Berri’s National Dialogue, ratcheting up pressure on politicians to resume their work.

“We’ve agreed to join the civil society sit-ins and demonstrations Wednesday,” said Mahmoud Haidar, a member of the executive committee of the Union Coordination Committee.

“We support their campaign to improve the welfare of the people, to resolve the trash crisis, to release funds to municipalities and to better the health of our environment.”

“And we demand the government turn its attention to public services – water, electricity, everything that the citizen has a right to,” Haidar said.

Civil servants are called upon to leave their work at the time of the National Dialogue, preliminarily set to start at 11 a.m.

Berri last week invited political parties to a National Dialogue in Parliament to break the protracted political logjam that has left Lebanon without a president since 2014 and without parliamentary elections since 2009. The Parliament extended its own term in 2013 for four years.

Civil servants will join demonstrators called to Downtown Beirut Wednesday by the various popular opposition campaigns, chief among them “You Stink.”

Their demands broadly overlap but are not entirely congruent.

“The UCC calls on government institutions to resume their constitutional duties,” said Haidar, a member of the UCC executive board. “This means, it is time for Parliament to meet and elect a president.”

You Stink is calling for parliamentary elections instead, as well as other political measures to overhaul waste management practices in Lebanon and rein in security force behavior with demonstrators.

Haidar said the UCC could come to support the call for parliamentary elections. “If [MPs] cannot elect a president, then the decision should return to the people. They are the source of sovereignty,” Haidar told The Daily Star. “Parliamentary elections should be held under an election law that reflects the people and represents them.”

The National Confederation of Workers’ Unions of Lebanon has also called on its members to demonstrate Wednesday. It stopped short of calling for a strike.

About 17,000 people belong to unions in the confederation, according to the Tahsin Jaber, who works in its administration. He estimates between 10 and 20 percent will heed the call to participate.

But Salam is not yet prepared to refer it to the Cabinet, a source close to the prime minister told The Daily Star Monday.

The plan has not been made public. But specialists consulted by Chehayeb said the minister considered proposals to engage the recycling sector, devolve trash management to municipalities and transfer billions of Lebanese pounds to municipality accounts through deposits and debt relief.

Chehayeb also proposed shifting garbage to dumpsites in Akkar and the Bekaa Valley for an interim period, while preparations for the new management regime are completed. The sites would be developed into sanitary landfills, complete with waste-processing plants.

“It is a good plan, technically speaking,” the source close to Salam said, “but the concerned politicians need to be consulted. Salam and Chehayeb are still making phone calls.”

“Municipality debt relief is a topic for later,” the source added, stating that the priority is to restart the waste sector.