Published June 17th, 2021 - 01:30 GMT
Not only Mercedes need a fast recovery, but also Bottas. The Finn hasn't scored points in the past two races and sees his future at the team threatened. (Shutterstock)
Highlights
Mercedes saw rivals Red Bull take over the lead in both drivers' and constructors' championships in Monte Carlo.

Champions Mercedes had a race to forget in Azerbaijan two weeks ago when both Lewis Hamilton and Valtteri Bottas finished way back and failed to score points. 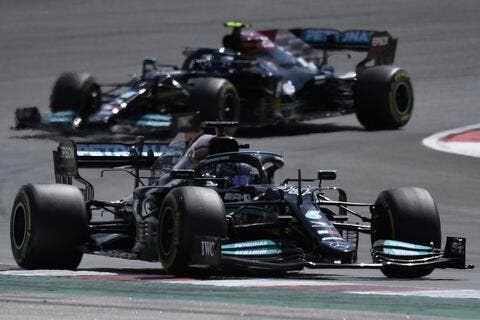 The Azerbaijan debacle came right after another bad race for the team in Monaco, proving that the W12 car has its struggles when racing on street circuits.

Mercedes saw rivals Red Bull take over the lead in both drivers' and constructors' championships in Monte Carlo.

But the four-point difference between leader Max Verstappen and seven-time world champion Hamilton did not increase in Baku after the Dutchman crashed while leading and didn't see the chequered flag.

But the Silver Arrows hope to hit back at Red Bull and Verstappen on Sunday as Formula One returns to France after two years, which means a return to a more conventional circuit, dpa international reported.

"We come off the back of two street circuits unsuited to our car, two circuits we knew would be difficult for us," Mercedes team principal Toto Wolff said.

"The French Grand Prix means returning to a more traditional circuit and hopefully, better fortunes for us."

France didn't host a race in 2020 due to the coronavirus pandemic. Since F1 returned to the Paul Ricard track in 2018, Hamilton has won both races there.

"We will rebuild and come back stronger for sure," the Briton said.

In Azerbaijan, he had a chance to win in a restart after a red flag, but a mistake after overtaking Red Bull's Sergio Perez cost him even a spot in the points.

Perez's maiden win for Red Bull was of great importance to secure the team a 26-point advantage over Mercedes in the constructors' standings.

"Paul Ricard is a fast track. There are a few fast corners and you also have to be quite careful with tyre degradation. I'm looking forward to going back there," Verstappen said.

Not only Mercedes need a fast recovery, but also Bottas. The Finn hasn't scored points in the past two races and sees his future at the team threatened. 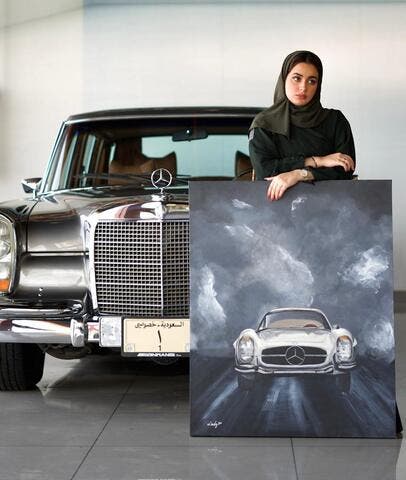 Mercedes-Benz, a Saudi Artist Get Together For a Picture!

Bottas will be out of contract at the end of the year and said "we haven't yet spoken" about a new deal. While initial talks are expected to take place this weekend, media reports say Wolff has already told William's George Russell, who's also part of Mercedes junior driver program, he will have the seat in 2022.

The French GP is the first portion of a triple header, which will include two races in Austria after changes in the calendar due to the coronavirus pandemic.

Home drivers Pierre Gasly of Alpha Tauri and Alpine's Esteban Ocon will be welcomed by up to 15,000 spectators permitted at Paul Ricard per day.