Most Expensive Car Sold for $19 Million 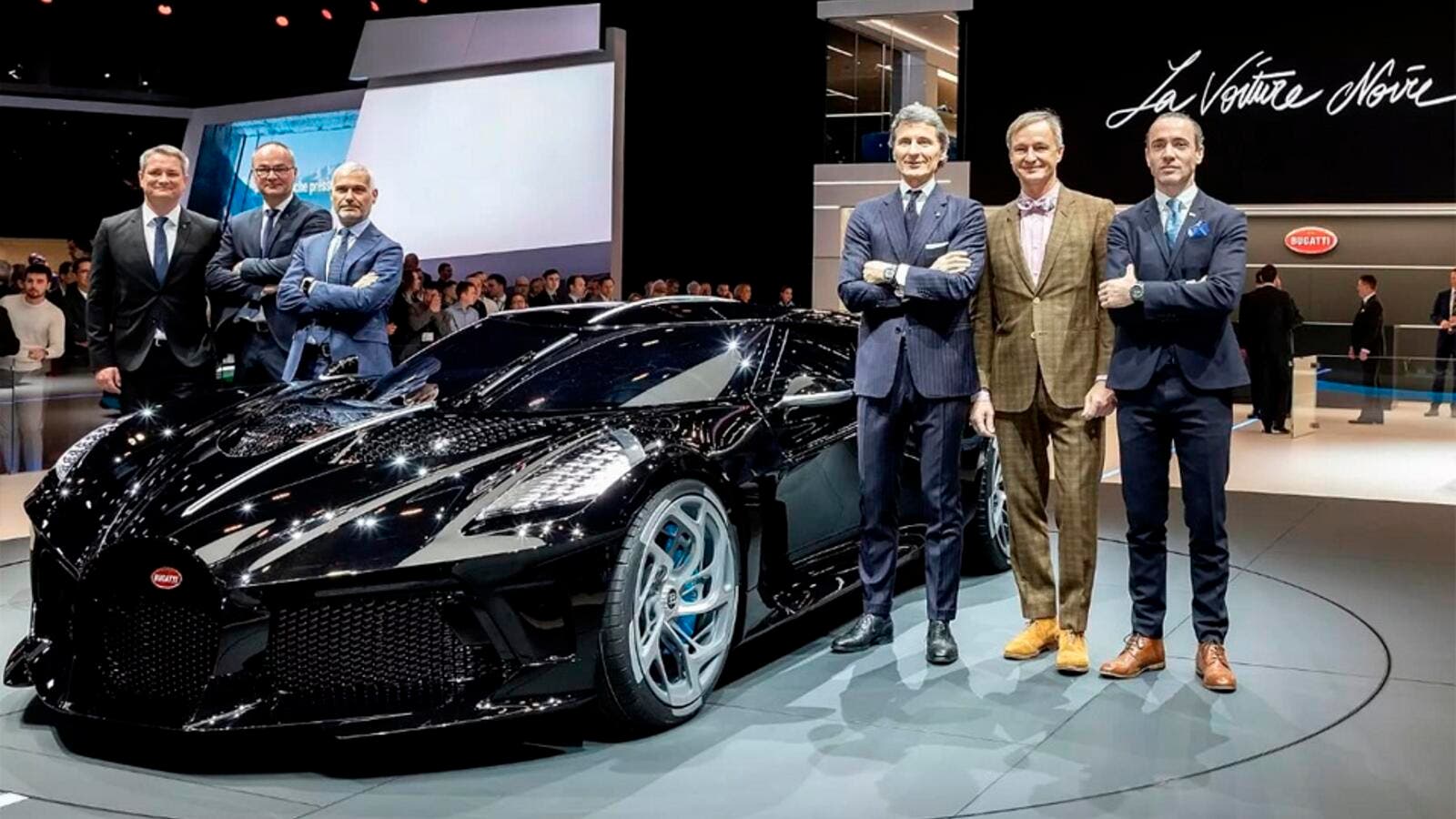 The company has not released more specifics about the engine. (Bugatti.com)

The world's most expensive car Bugatti La Voiture Noire was already sold for $19 million to mystery buyer during its unveiling at the Geneva Motor Show.

French supercar manufacturer Bugatti revealed the sleek, jet-black supercar loaded with a 1,500-horsepower, 16-cylinder engine, encased within a black carbon fibre body. The company has not released more specifics about the engine but it is said to be similar or identical to that of Bugatti's turbocharged Chiron model.

Describing La Voiture Noire as "the highest level of automotive haute couture one can reach", company president, Stephan Winkelmann, said the car combined "extraordinary technology, aesthetics and extreme luxury". The Bugatti website lists the fuel consumption for the supercar as 35.2 litres per 100 kilometres in urban areas. Also, going by the Chiron model, the car will be a seven-speed automatic with a top speed of 420 kilometres per hour, and could go from 0 to 100kph in 2.4 seconds.

La Voiture Noire was made to celebrate the 110th anniversary of the company and will be the only one-of-its-kind ever produced. It is also a homage to the Bugatti Type 57SC Atlantic as only four of the said model were made between 1936 and 1938. Fashion icon Ralph Lauren is the owner of the last one built.

Not revealing the identity of the buyer, Bugatti only said it was "an enthusiast for the brand", but it is thought to be Ferdinand Piech, the grandson of Porsche's founder and a former CEO of Volkswagen, which owns Bugatti.

Further, although Winkelmann described the supercar as "the ideal grand tourer", its boot space is likely to be only about 44 litres, about the size of a medium backpack,  according to reports in The Guardian.