As part of the deal, ILF will oversee the design and supervise construction of the STP and lifting stations, due for completion at the end of 2017.

The plant will be developed in two phases, the first of which will cover the years between 2017 and 2022 and have the capacity to handle 20,000 cubic metres per day.

This will be followed by the second phase between the years 2022 and 2042, with an additional daily capacity of 17,000 cubic metres per day.

In total, Nakheel has awarded more then Dhs 3bn worth of contracts for Deira Islands since the developer first announced the project in 2013.

Most of the contracts are focused on infrastructure, coastal work and construction of the Deira Islands Night Souk, which is expected to be one of the first major projects to open in 2018. 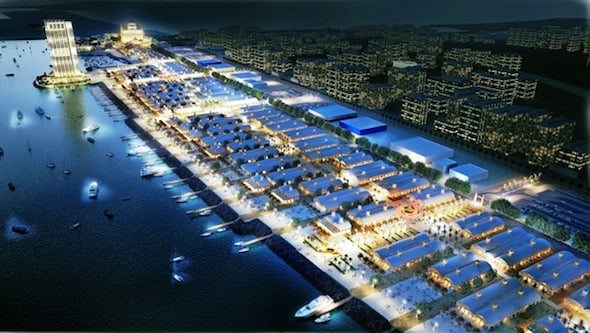 Along with the night souk, the development will contain a number of other key attractions, including the Deira Mall, which is expected to be bigger then Dubai Mall.

The island will also house the Deira Islands Towers and Boulevard, consisting of 2,400 apartments, retail units and a 400,000 sq ft shopping and leisure promenade.

The project, spanning 15.3 square km and adding 40km to the city’s coastline with a 21km beach, hopes to transform Dubai’s Deira district into a tourism, retail and entertainment hub.

Deira Islands is the third flagship artificial island project that Nakheel has worked on, with the other two being Palm Jumeirah and The World.