Published June 7th, 2021 - 09:05 GMT
NASA considers the new technology, or Universal Waste Management System, to be a demonstration that will provide data to advance the recycling of waste in space. (Shutterstock)
Going to the bathroom at the International Space Station is about to get easier and cleaner with a new toilet system that cost NASA $23 million to develop.

Astronauts are connecting and checking out the toilet, which actually is a high-tech improvement to the space station's water recycling system. 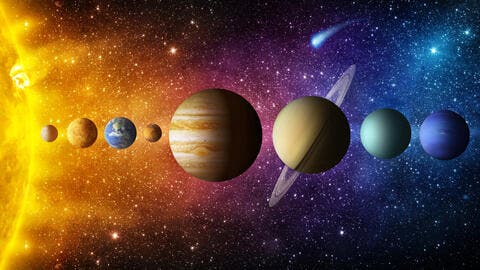 The multimillion-dollar budget for the project includes another unit installed inside the Orion space capsule for longer deep-space missions.

"The project is nearing completion after six years of work and is the first U.S.-developed toilet since the shuttle program," Melissa McKinley, NASA's project manager for the new system, said in an email.

"It follows on the lessons learned of the early days of space exploration and aims to improve the experience for the female crew."

"The urine funnel and commode seat were configured along with the commode structure to better suit the female anatomy," she said.

This week astronauts worked to assemble new critical station hardware. Two cosmonauts will exit the station for an upcoming spacewalk to prepare the station for a new science module. #SpaceToGround pic.twitter.com/Pf6tLryldc— International Space Station (@Space_Station) May 28, 2021

Legacy space systems, including spacesuits and toilets, were designed for men in the early days of space travel. That meant existing toilets had one place for bowel movements and another for urinating. That makes life harder for female astronauts, McKinley said.

NASA considers the new technology, or Universal Waste Management System, to be a demonstration that will provide data to advance the recycling of waste in space.

The weightlessness of space always required using a fan to pull air into space toilets, which moves human waste safely and cleanly into storage. But such toilets have been tricky to maintain and clean in space, NASA said.

The new toilet is smaller, weighs less and was designed for recycling urine that has become routine on the space station since 2009.

But treating the urine requires strong acid, so the toilet is made partly of corrosion-resistant materials, such as titanium, a "super-alloy" known as elgiloy, Teflon and aluminum, McKinley said.

The seat and funnel also use a smoother design that is easier to clean, she said.

Besides the improved design, the new toilet provides a third bathroom space for the U.S. side of the space station.

"With the increase in Commercial Crew flights and subsequently increased crew size on ISS, availability of a third bathroom means the crew won't have to wait to use the facilities," McKinley said.

Get ready to "go," because our Reddit AMA with the team behind the new space toilet launching on NG-14 to the @Space_Station begins now! https://t.co/9yhxH6Eu1d pic.twitter.com/PdTOuofy5f— ISS Research (@ISS_Research) September 25, 2020

Bathrooms on the space station "desperately needed an upgrade," said Pablo de León, a space studies professor at the University of North Dakota who has worked on spacesuit design. 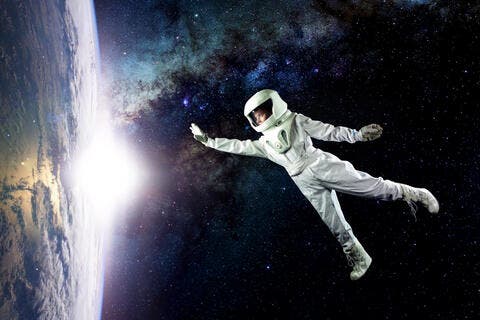 "As we move away from Earth, in long duration missions, the shipment of parts from Earth is more and more difficult, so it is imperative that a space toilet is reliable for long periods of time, without the astronauts having to repair it routinely," de León said.

While the space station recaptures about 90% of water used, the new toilet system may soon allow 98% recycling by removing water from feces, he said, although NASA is not currently experimenting with that.

Installation of the new toilet requires lengthy work sessions to power it up and test it. Astronauts plan to activate it soon, but no date has been set, NASA said.