The latest diplomatic tour by Saudi's Crown Prince in the Middle East has included Jordan, where several new investments and business projects have been signed between Saudi Arabia and Jordan.

During the Saudi two-day visit to Jordan, business deals were signed between the two countries, deepening investment opportunities between Jordan and the country's biggest foreign investor; Saudi Arabia.

For decades, Saudi Arabia has been eyeing profitable opportunities in the country to its northern borders, making use of Jordan's different set of resources and its high volume of skilled workers.

Several business deals have been inked between the two countries during a Jordanian-Saudi business convention, one that was organized by the Amman Chamber of Commerce on Wednesday. 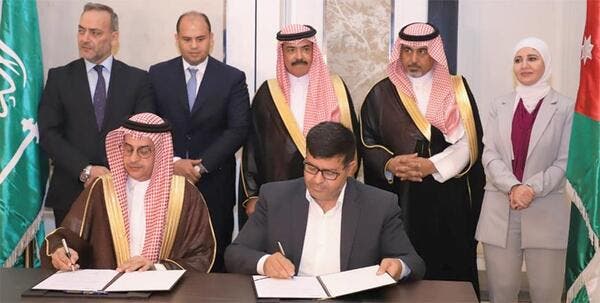 Moreover, the convention introduced collaborations between Saudi and Jordanian companies in several sectors, including mining, fertilizers, and industry, according to Jordan's Petra news agency.

Among Jordanian businesses named in investments deals are:

7- Al Baraka for Import and Export

11- The Modern Nazaer Company for Industrialisation

Saudi officials also stressed that Saudi investments in the Amman Stock Exchange are worth over $1.46 billion, including $399 million in registered securities.

Saudi Investments in Jordan in 2021

For decades, Saudi Arabia has been the largest investor in Jordan, with over $13 billion worth of Saudi investments in Jordan currently, including $4 billion in 2021 alone.

In 2017, the Public Investment Fund of Saudi established the Saudi Jordanian Investment Fund, which made an announcement earlier this month, committing $3 billion for investment projects in different Jordanian industries, aiming at creating more than 5,000 jobs during 2022.