Published July 27th, 2021 - 07:00 GMT
Warsaw, September 2020: Portrait of a girl wearing face protective mask at Youth strike for climate in protest of climate change policy. No planet B sign. (Shutterstock)
Highlights
The G20 is important to the climate change debate, given the fact that the group of nations accounts for 80 percent of greenhouse gas (GHG) emissions, according to the UN climate change secretariat.

The G20 meeting of energy and environment ministers reminded us just how fraught these topics can be. The G20 is important to the climate change debate, given the fact that the group of nations accounts for 80 percent of greenhouse gas (GHG) emissions, according to the UN climate change secretariat. 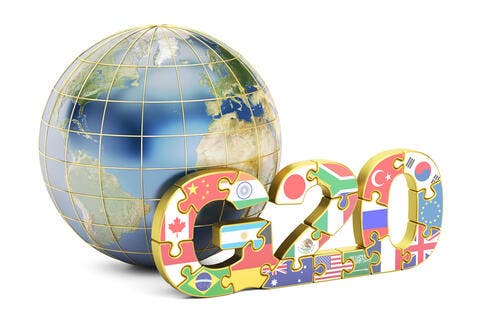 The meeting took place in Naples under Italy’s G20 presidency at the end of last week. The ministers did not need reminders of the problems raging around the planet: Unprecedented wildfires in the west of the US; parts of Germany, Belgium and the Netherlands flooded due to historic downpours, as well as large-scale floods and a menacing typhoon in China. Yet, just 100 days from the COP26 summit, which will take place under the auspices of the UN Framework Convention on Climate Change, the G20 ministers nearly failed to find an agreement. Observers had to wait for more than one-and-a-half days after the conclusion of the ministerial meeting before a communique was issued. Even then, India issued a dissenting statement.

At the very last moment, the ministers agreed on the 1.5 degrees Celsius target for the first time in an official document, which is important in the run-up to Glasgow.

Glasgow matters: According to US climate envoy John Kerry, it is the last opportunity to bring the earth on track within the 1.5 degrees Celsius goal and avoid a climate disaster. Nations are expected to declare their revised goals. So far, only 97 out of 197 countries have done so.

However, the G20 meeting proved that countries are moving at different speeds. While 59 have agreed to net zero targets by 2050 — or in the case of China, by 2060 — the speed and methodology at which they want to achieve the goal vastly differs.

Europe aspires to become the first climate neutral continent and the US, Japan and others have bought into the 2050 target. Scientists believe that to achieve the 2050 emissions goals there needs to be a GHG reduction of 45 percent between 2010 and 2030.

Such a massive reduction in GHG emissions requires shifting to cleaner sources of energy. Several ministers wanted to phase out coal-fired electricity by 2030, asking countries to stop investing into new coal-fired power plants. They also wanted to remove fossil fuel subsidies. India, Russia, China and Saudi Arabia objected. In the end, a compromise was reached, alas without India, which has by the way so far failed to agree to net zero by 2050.

While the aggressive calls to achieve net zero by 2050 are well intentioned, they do not take into consideration the special circumstances of various countries. India and China have large populations which they need to supply with energy. In Russia, Australia and South Africa, fossil fuels and mining constitute a substantial part of the economy, and as such, employment. Oil is the foundation of the Saudi economy, which is why Vision 2030 aims to wean the country off its dependency on oil.

Emissions reductions has to be the key goal. However, there is more than one way to achieve any goal. Several countries might not have given sufficient focus to CCUS (carbon capture, utilization and storage), which removes carbon from the atmosphere and which is ultimately achievable through appropriate incentives. The circular carbon economy which intends to reduce, reuse, recycle and remove carbon was endorsed by the G20 last year after it had been introduced by Saudi Arabia as a useful tool to combat climate change. These are important technologies, which are not sufficiently discussed among G20 climate protagonists.

Similarly, there are initiatives like the Saudi and Middle East Green initiatives, which will reduce net carbon emissions by 60 percent with the help of clean hydrocarbon technologies, planting 50 billion trees and green hydrogen plants in NEOM and elsewhere.

Naples proved that in order to get all the key nations in the G20 on board with the 1.5 degrees Celsius and net zero goals, a lot of important countries need to be brought along. Casting the net wider in terms of methodologies and technologies, rather than outlawing carbon-based sources of energy, might be one way forward. Saudi Arabia will have an important role to play in delineating mechanisms to find a consensus on the divergent viewpoints that are borne in the realities of various countries, where one size does not fit it all.

There are two further issues that need addressing: G-20 countries need to agree on a carbon trading system which is universal, for only a universal price of carbon will effectively direct investment allocations and bring about the “right decisions.” Here again, leadership, which goes beyond the borders of the EU, is required.

Lastly, the G-20 behemoths of the economy should not forget the plight of small and poor countries. Many of the proposed measures may be unaffordable for them. The Green Climate Fund, which was set up after the Paris Agreement, is a step in the right direction. It envisages to raise $100 billion per year through 2025 from rich countries, in order to cushion the costs of climate change mitigation in developing countries. Alas, this mechanism is woefully underfunded. 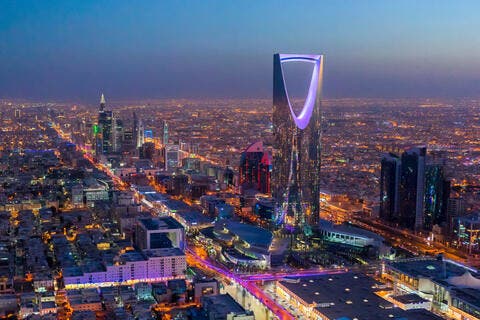 In other words, there are many issues which need addressing before Oct. 31 when leaders meet in Glasgow. It seems important to cast the net wide when looking for solutions to the monumental climate change issues. It is equally pivotal to understand that one size never fits all when trying to solve problems in so many different countries, which all have their own specific set of circumstances. What is really required is the ability to listen and mediate between the various conflicting interests. The Kingdom, as the only Arab member of the G-20, has an important role to play here.