Pakistani Rupee Is Now the Worst Performing Currency in Asia 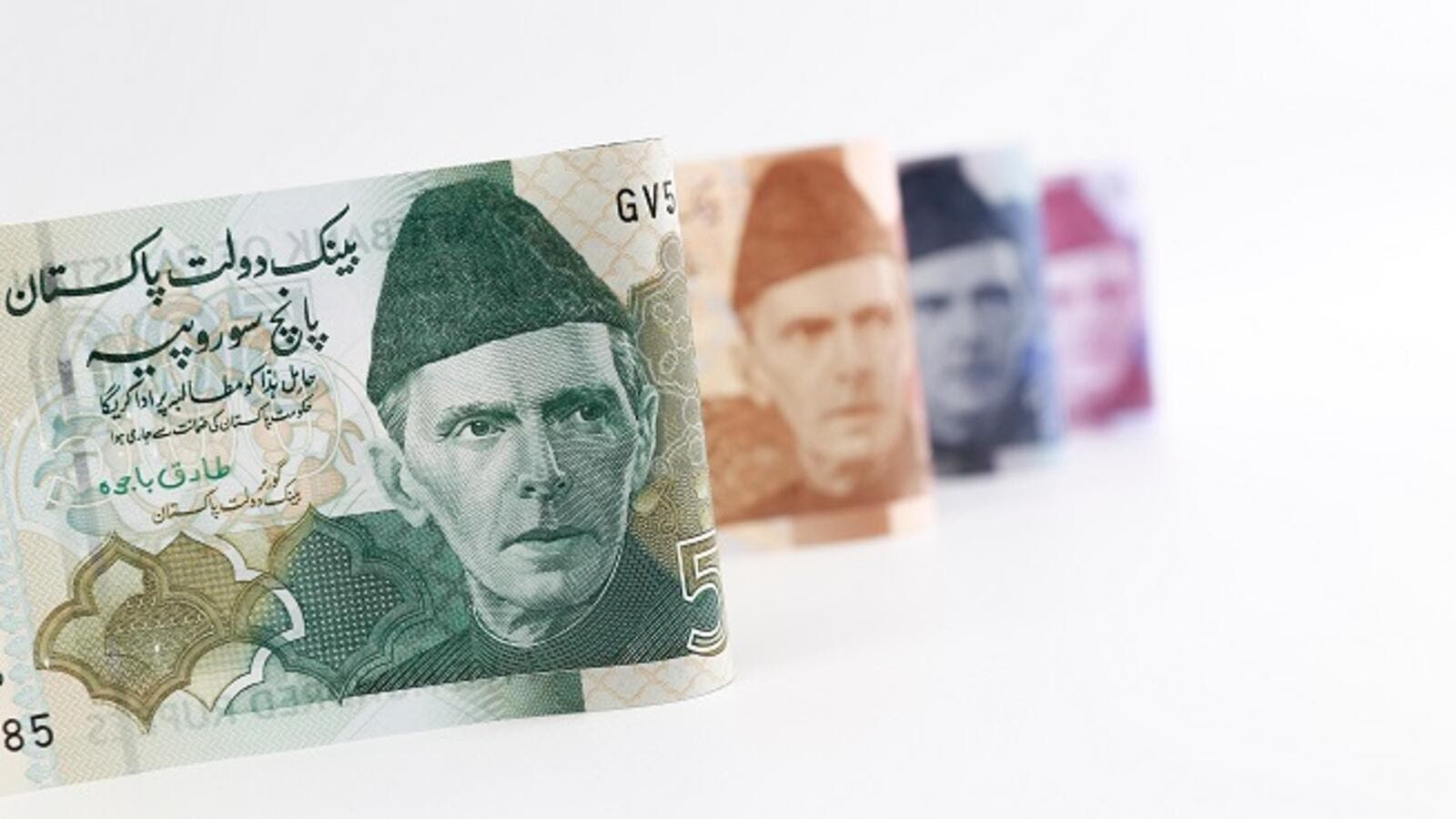 Analysts have predicted that the rupee will continue to weaken in the second-half of 2018. (Shutterstock)

The Pakistani rupee continued its downward trend, plunging to an all-time low on Monday due to dollar outflow, declining forex reserves and high demand for dollar for Haj pilgrimage.

The rupee plunged to 34.85 against the UAE dirham, or 128 against the US dollar, on Monday, becoming the worst performing currency in Asia as the State Bank of Pakistan devalued the rupee for the fourth time in the last seven months. The currency plunged as low as 5.3 per cent.

Analysts have predicted that the rupee will continue to weaken in the second-half of 2018.

"The main reason for today's fall was that State Bank of Pakistan had left rupee to market forces. The central bank is not in a position to support the rupee due to poor forex reserve, widening current account deficit and proposed IMF borrowing plan," said Rajiv Raipancholia, CEO of Orient Exchange.

If the trend continues, he predicted that the rupee could slide further ahead of the upcoming elections.

Raiapancholia expects the rupee will hit 35.50 to 36.00 against the dirham by 2018-end because the economy is in a very bad shape and the upcoming elections also hint that no party will get absolute majority as well.

Khaleej Times had earlier reported that the rupee could hit 34 before the July 25 elections due to weakening economy and government finances.

"Falling rupee is a short-term blessing for expats. The decline in currency is one of the many reasons for high inflation in the country. People in Pakistan have to live up to the higher inflation in long term, but this is a boost for expats," he said.

Sudhesh Giriyan, COO, Xpress Money, expects the rupee will remain under pressure during the second-half of this year and will trade in the range of 35 to 38 against the dirham.

"Balance of payment, depleting forex reserves, uncertainty about results of upcoming elections and high imports are the key reasons for the slide in rupee and these issues will keep the currency under pressure for the remainder of the year," Giriyan said.

Should You Wait Before Investing in Gold?
This Is How the Declining Rupee Is Affecting You

The way rupee is trading and events are unfolding, Giriyan sees rupee hitting 38 against the dirham this year is "definitely possible."

Analysts believe that the government has no option but to approach International Monetary Fund for a bailout as the current account deficit continues to widen and the dollar reserves have plunged to $9.5 billion, the lowest in more than three and a half years.

Bilal Khan, a senior economist at Standard Chartered Bank, said due to falling forex reserves Pakistan had approached IMF twice for a bailout and the government will have to approach IMF again for a bailout.

Dr Faisel Ikram, president, Pakistan Association, Dubai, suggested that the governments in Pakistan should get out of the cycle of obtaining loans from global financial institutions and keep paying interest rates because the debt will keep mounting and it is not a healthy thing for the economy.

He stressed that persistent slide in the rupee is a concern for all the overseas Pakistanis because a stable rupee is a sign of healthy economy.

"Falling rupee is a concern for all of us. We all want the economy to grow. Knowing that we have so many challenges, we want a stable government, long-term policies and want public institutions to strengthen," Ikram said.

But Merchant hoped that China-Pakistan Economic Corridor (CPEC) will improve the country's economy.

"Being a businessman, I believe things will improve in the country as a results of CPEC and investments will increase into the country."

He advised the upcoming government after the July 25 elections to give more benefits to overseas Pakistanis and business community to attract more foreign direct investment into the country.