Published April 17th, 2021 - 06:00 GMT
Pilgrims need to go to a care center in Makkah six hours before performing Umrah to check the inoculation status according to the type of approved vaccines. (Shutterstock)
Highlights
Saudi Arabia reported 10 more COVID-19-related deaths on Thursday
Saudi Arabia’s Ministry of Hajj and Umrah has announced the procedures for pilgrims coming from outside the Kingdom to follow to perform the rituals.

Pilgrims need to go to a care center in Makkah six hours before performing Umrah to check the inoculation status according to the type of approved vaccines.

They will be handed their bracelet, which they must put on at the center. They will then be directed to the Al-Shubaikha gathering center. There, the pilgrims must present their bracelet to verify their data and their permit.

The ministry noted the need for the pilgrims to abide by the Umrah date and time period allocated to them.

The Kingdom began receiving pilgrims from abroad in mid-March, in accordance with requirements and controls set by the Ministry of Health as part of the precautionary measures set to prevent the spread of the coronavirus disease (COVID-19).

The Ministry of Hajj and Umrah had previously confirmed the launch of the two updated versions of the apps “Eatmarna” and “Tawakkalna,” in cooperation with the Saudi Authority for Data and Artificial Intelligence.

Through these apps, Saudis and expats can reserve Umrah and visit and prayer permits inside the Grand Mosque during the holy month of Ramadan, with permits being displayed only on the Tawakkalna app.

The Ministry of Hajj and Umrah emphasized the need to adhere to the precautionary and preventive measures, and to reserve permits through the approved official platforms.

The Ministry of Health reported 985 new cases, meaning that 402,142 people have now contracted the disease, of which 9,249 remain active.

Saudi Arabia has so far conducted more than 16 million PCR tests, with 45,843 carried out in the past 24 hours.

Saudi health clinics set up by the ministry as testing hubs or treatment centers have helped hundreds of thousands of people around the Kingdom since the outbreak of the coronavirus pandemic.

Among those testing hubs are Taakad (make sure) centers and Tetamman (rest assured) clinics.

Taakad centers provide COVID-19 testing for those who show no or mild symptoms or believe they have come into contact with an infected individual, while the Tetamman clinics offer treatment and advice to those with virus symptoms, such as fever, loss of taste and smell and breathing difficulties.

Appointments to either services can also be made through the ministry’s Sehhaty app.

Saudis and expats in the Kingdom continue to receive their jabs of the coronavirus vaccine, with 6,607,384 people having been inoculated so far. 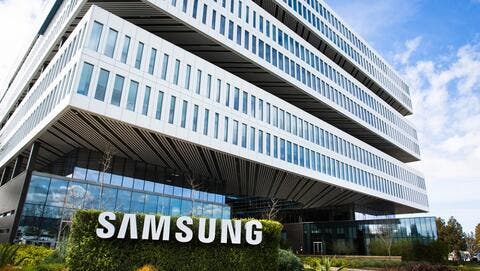