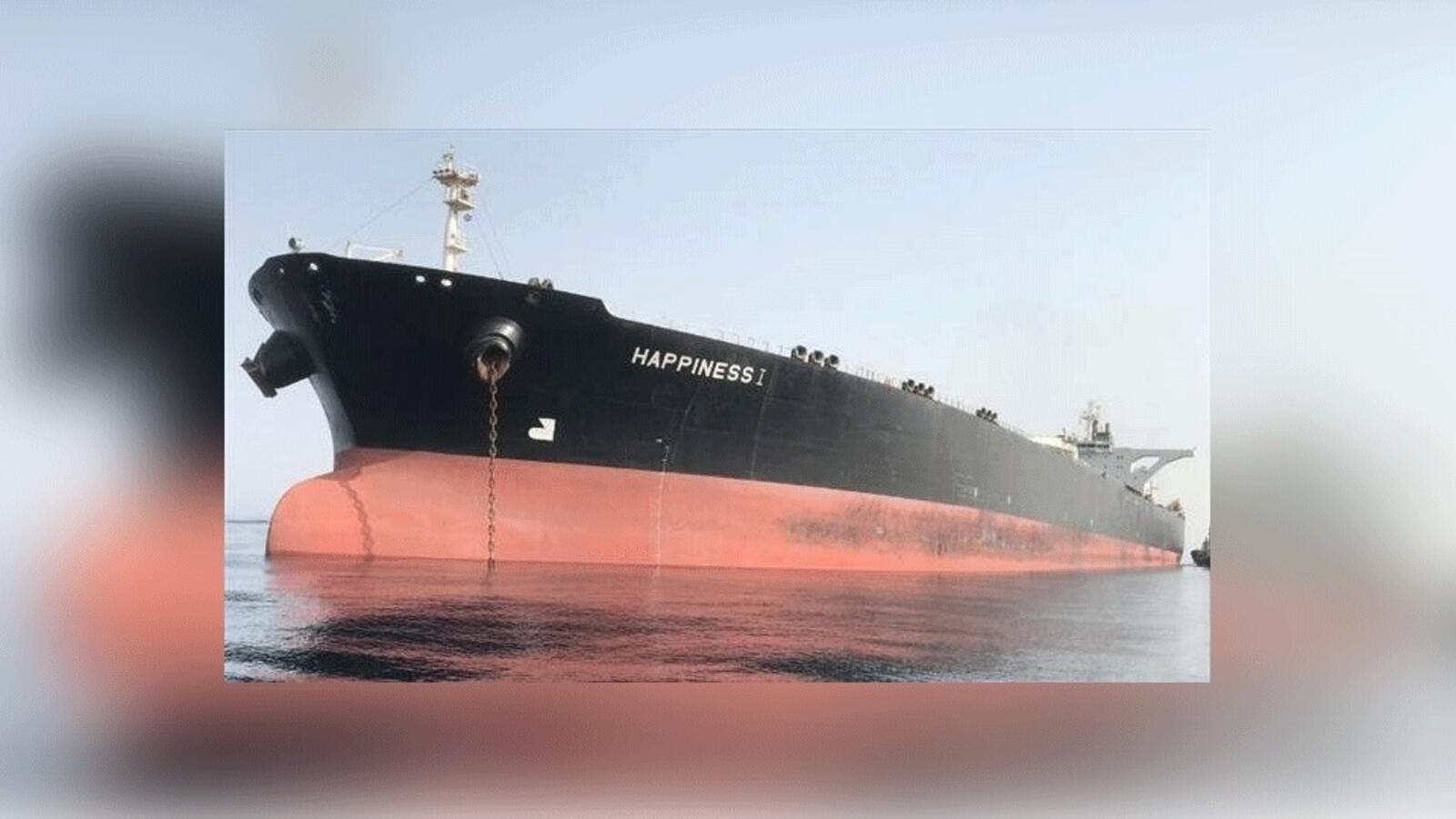 The TankerTrackers monitoring group estimated the vessel was carrying up to 1.22 million barrels of crude oil. (Press TV)
Highlights
Saudi Arabia announced its coast guard had rescued a distressed Iranian oil tanker, named Happiness I, with 26 on board off the Red Sea port of Jeddah, after it faced "engine failure and the loss of control.

Iranian officials have warned Saudi Arabia against holding an oil tanker "hostage," describing it as an "illegal seizure" and a case of "ransom-seeking" aimed at gaining concessions from Iran.

On May 2, Saudi Arabia announced its coast guard had rescued a distressed Iranian oil tanker, named Happiness I, with 26 on board off the Red Sea port of Jeddah, after it faced "engine failure and the loss of control."

Two months on, despite being fixed, Saudis are refusing to let the vessel leave, and at the same time charge Iran $200,000 a day for maintaining the vessel in Jeddah.

"The Saudi government first showed good behavior: it provided the damaged vessel with technical assistance, and the crew members with food packages, but it has refused to give any help in the past few weeks," said Iranian lawmaker Jalal Mirzaei on Wednesday.

Mohammad-Javad Jamali Nobandegani, a deputy chairman of the Iranian Parliament's National Security and Foreign Policy Commission, believes the Saudi government is trying to use the oil tanker as a "hostage".

"Saudi Arabia's refusal to discharge the Iranian vessel in the Arab country is a sort of ransom-seeking and hostage-taking. I think Saudis want to use the situation to take revenge for the damages they have suffered in such places as Yemen," he noted.

However, he added, this is a "stupid and childish game, which will finally result in Riyadh's harm."

He also urged Saudis - as "flunkies of the Americans" - not to test Iran's willpower and avoid escalating the current tension in the region, especially after the recent downing of a US spy drone which had violated the Iranian airspace.

Another lawmaker, Jalal Rahimi Jahanabadi, who sits on the Parliament's Legal Commission, has called on the government to sue Saudi Arabia at the International Maritime Organization over the issue.

Meanwhile, Iranian Oil Minister Bijan Namdar Zanganeh told reporters on Wednesday that Iranian officials at the National Iranian Oil Tanker Company are following up on the fate of the vessel, and the problem will be solved soon.

"The issue has financial costs for Iran, but we are more concerned about a possible environmental disaster in the region," he said.

Iranian officials say the incident occurred on April 30 while Happiness I was on its way to the Suez Canal and that water had leaked into the tanker’s engine room.

It has been reported that all 26 crew members, including 24 Iranians and two Bangladeshis, were safe and that all necessary precautions were taken to avoid any environmental damage.

The reports did not specify the crew members’ current location and did not elaborate on whether oil had spilled from the tanker.

But the state-run National Iranian Tanker Co. said there had been no leak of the ship's contents into the Red Sea, according to the Iranian Oil Ministry's news agency SHANA.

The TankerTrackers monitoring group estimated the vessel was carrying up to 1.22 million barrels of crude oil.