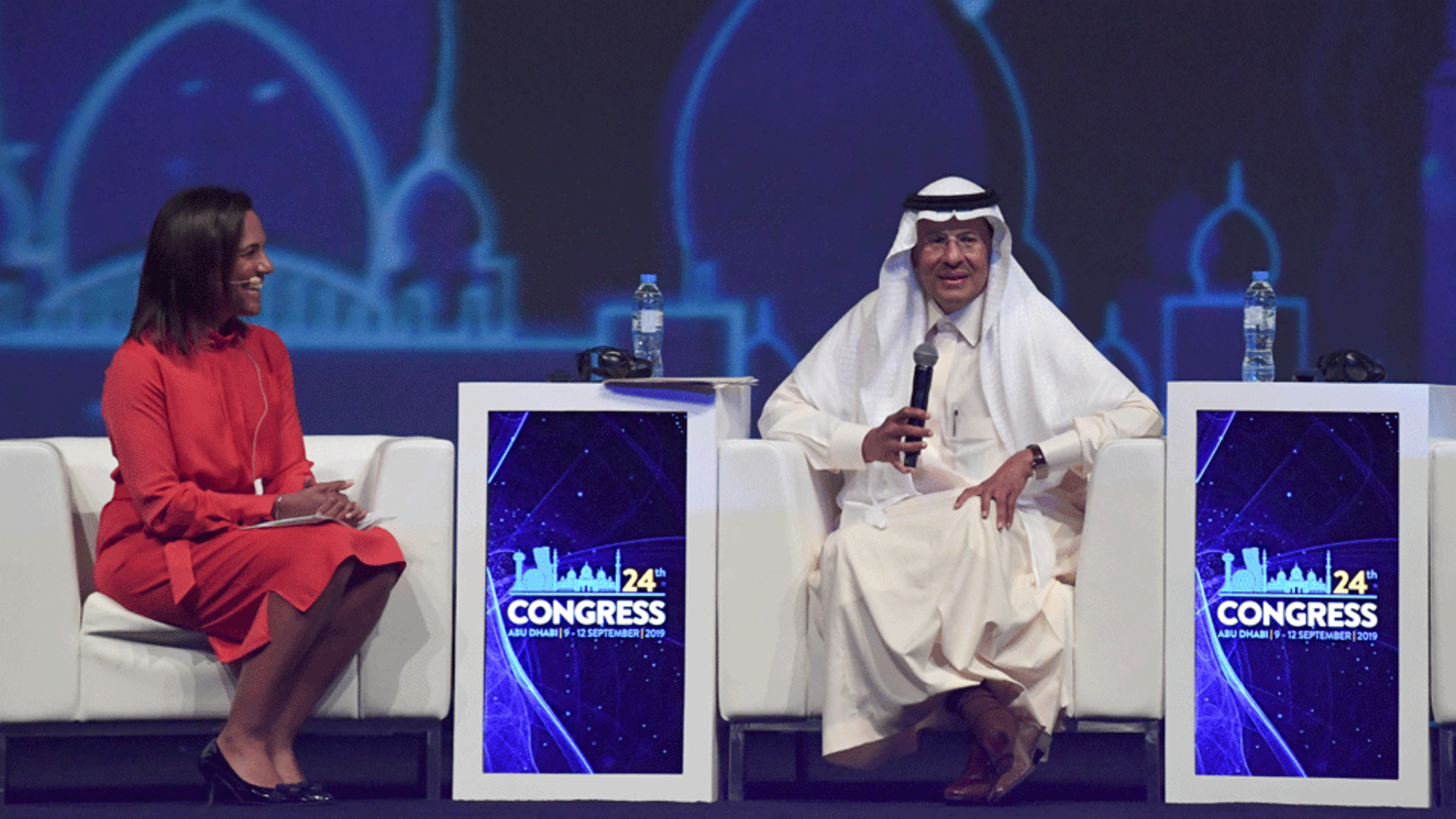 Saudi Arabia's Energy Minister Prince Abdulaziz bin Salman speaks during the opening ceremony of the 24th World Energy Congress (WEC) in the UAE capital Abu Dhabi on September 9, 2019. In his first comments since being appointed by his father King Salman, the minister signalled no major change in approach in Saudi Arabia, the de facto leader of OPEC which pumps about a third of the cartel's oil. (AFP)

The world’s top oil exporter says it wants to use nuclear power to diversify its energy mix.

“We are proceeding with it cautiously ... we are experimenting with two nuclear reactors,” Prince Abdulaziz said, referring to a plan to issue a tender for the country’s first two nuclear power reactors.

The tender is expected in 2020, with US, Russian, South Korean, Chinese and French firms involved in preliminary talks about the multi-billion-dollar project.

The Energy Minister also said on Monday that Saudi Arabia was aiming for the Aramco IPO "as soon as possible.”

The Kingdom intends to make initial steps ahead of a public sale of around 5 percent of Aramco in 2020, sources said.

Aramco is finalizing the list of banks that will manage the deal, with mandates expected in the coming days, the sources told Reuters.

JPMorgan, Morgan Stanley and National Commercial Bank are expected to have lead roles and Citi, Goldman Sachs, HSBC and Samba Financial Bank will likely be added to the list of banks managing the transaction, they said.

Aramco raised $12 billion this year in its first international bond, gaining more than $100 billion in demand.