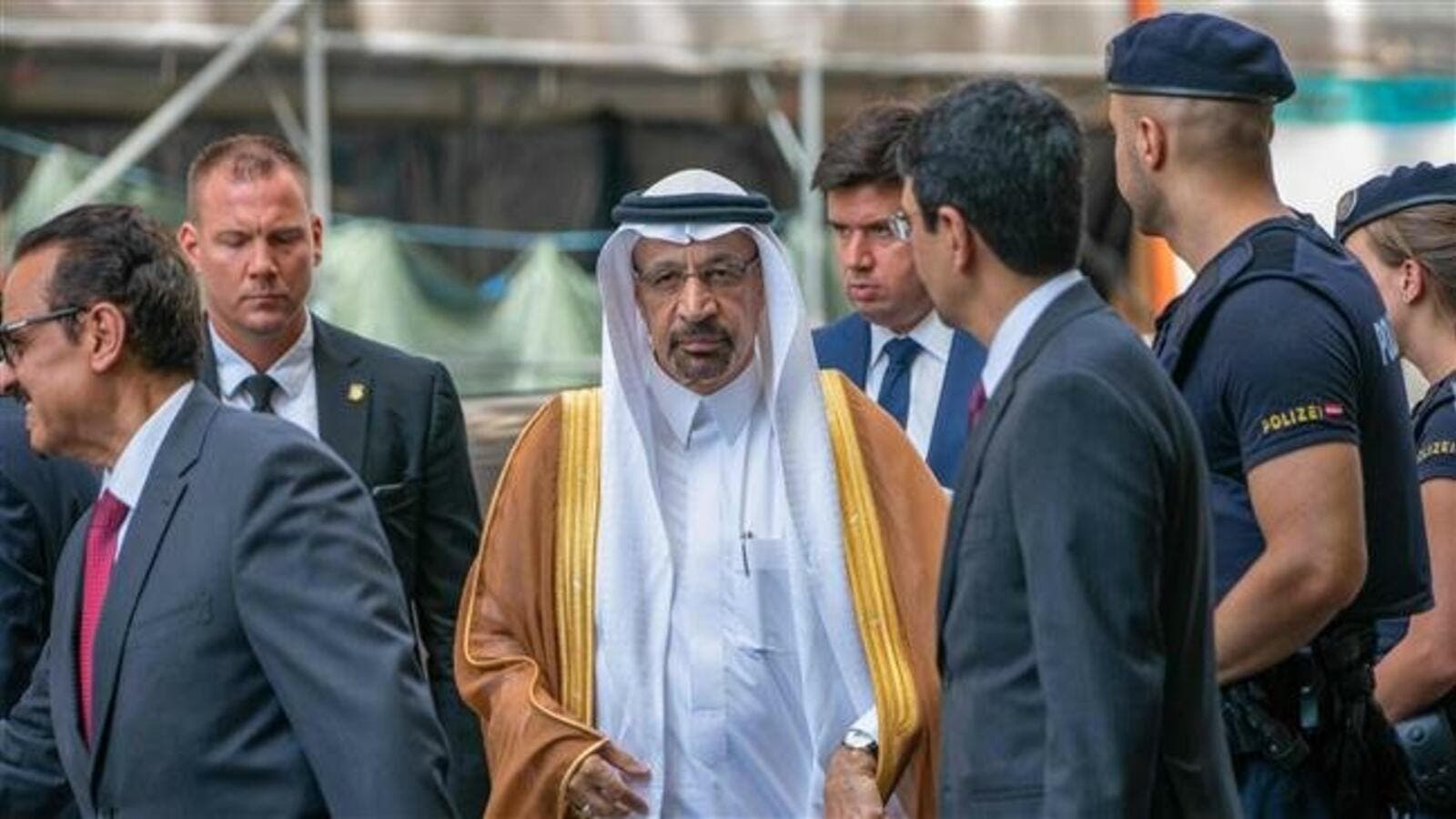 Saudi Arabia's Energy Minister Khaled al-Falih arrives at the headquarters of the Organization of the Petroleum Exporting Countries (OPEC) for meeting on July 01, 2019 in Vienna, Austria. (AFP)
Highlights
OPEC pumped 29.60 million barrels per day (bpd) last month, the lowest OPEC total since 2014 and 170,000 bpd lower than revised figures in May.

Results of a survey by Reuters news agency published Friday showed that a rise in Saudi supply in June came as output by the Organization of the Petroleum Exporting Countries (OPEC) fell to a new five-year low, mainly due to increased impacts of US sanctions on key supplier like Iran.

The study showed that OPEC pumped 29.60 million barrels per day (bpd) last month, the lowest OPEC total since 2014 and 170,000 bpd lower than revised figures in May.

Saudi’s increased supply to the global oil market came as a direct response to a request by US President Donald Trump who had asked the kingdom to increase its output to offset the impact of his politically-motivated sanctions on Iran and other countries.

Trump had hoped that increased supply from Saudi Arabia, one of the main crude exporters in the world along the US and Russia, could stabilize prices in the markets and help Washington further pressure buyers of Iran oil to cut their imports from the country to zero.

However, faced with increased shale output in the US and a weakening global economy, the 14-member OPEC renewed a pact this week to extend supply cuts of 1.2 million bpd until March 2020. The agreement also covers OPEC+, a 24-member grouping led by Russia which is seeking prices up to $70 per barrel. Iran, Venezuela and Libya are exempt from the share of cuts in OPEC which is about 800,000 bpd.

Trump imposed sanctions on Iran in November last year and tightened them this month. The bans came after he unilaterally withdrew from a major international deal on Iran’s nuclear program in Mat 2018.

Iran has denied unverified analyses suggesting the sanctions have reduced its oil export to less than 400,000 bpd, saying it is exhausting all channels to circumvent the sanctions and ship its oil to international customers.