Published April 26th, 2021 - 05:00 GMT
Frequent flyer members can earn and redeem points from flights in the codeshare route. (Shutterstock)
Highlights
The deal will provide greater local and international options through the network of stations of both companies
Saudia airlines announced on Sunday that it has established a codeshare agreement with Gulf Air to enhance their travel options and consolidate the strategic partnership between them.

Under the agreement, the national Saudi and Bahraini carriers will sell and market flights bearing two different numbers, one belonging to Saudia and the other to Gulf Air.

The two companies will expand their operations regionally and globally by sharing the code, providing distinctive Arab hospitality to their guests, as well as providing greater local and international options through the network of stations of both companies.

Capt. Ibrahim Al-Koshy, CEO of Saudia airlines, said: “Saudia and Gulf Air are key partners in connecting guests on each carriers’ diverse route networks.” He added: “Both airlines have a long history of partnership, in which this expanded codeshare agreement further enhances connectivity, convenience and flexibility for travelers.”

Gulf Air’s acting CEO, Capt. Waleed Al-Alawi, said: “The relationship between Bahrain and Saudi Arabia has always been strong on many fronts, and aviation is one of them.”

Al-Alawi said that the two were the pioneer airlines in the Gulf Cooperation Council, with more than 70 years of legacy, adding that his company was looking forward to strengthening ties to offer better connectivity and services to both airlines’ passengers.

The codeshare agreement represents a cornerstone of commercial cooperation between the two sides, and embodies the deep historical ties between the two countries, Gulf Air said in a statement.

Frequent flyer members of Saudia’s Al-Fursan and Gulf Air’s Falconflyer will be able to earn and redeem miles from flights operated as part of the codeshare route. 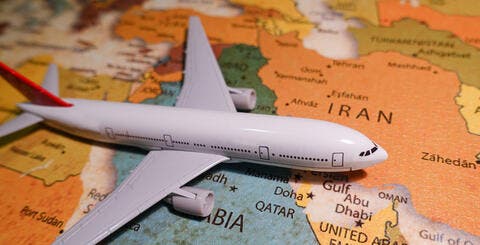