Sophia Might Be Saudi but This Robot Nails the Dialect 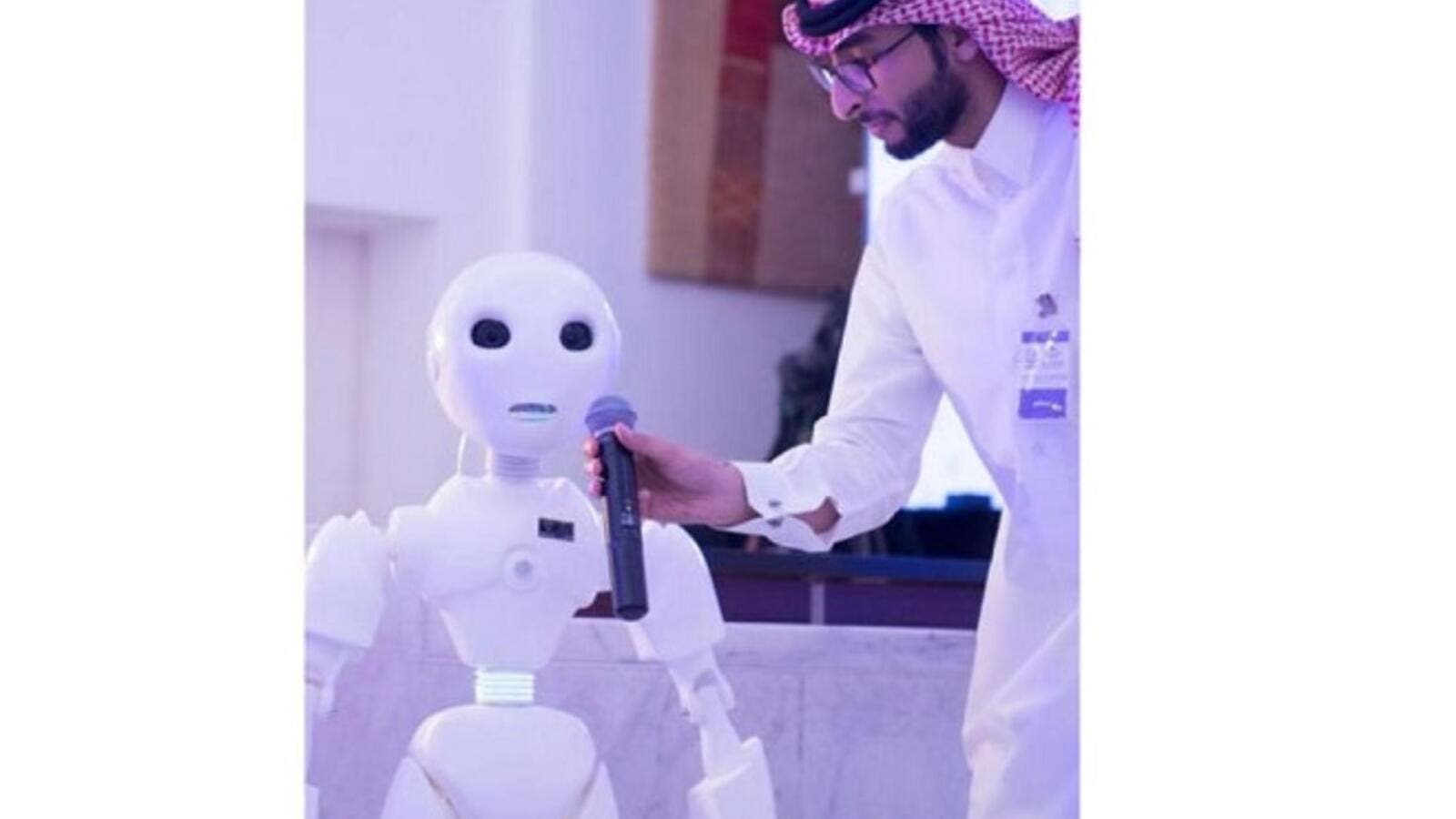 Dr. Alsarheed worked in collaboration with Namthaja, a local 3-D company run by Saudi engineers to design the robot. (The Saudi Gazette)

A Saudi researcher has developed a robot that understands local dialect, becoming the first in the world to communicate in Arabic.

Dr. Faisal Alsarheed, Assistant Professor in Artificial Intelligence and Robotics at Saudi Electronic University, researched the project and developed the robot within two years after receiving funding from the university.

He is now completing his research paper.

Robot Sophia Opens Creative Industry Summit in Egypt
Video: Will Smith Goes on a Date With Sophia the Robot, and Things Get Awkward

The robot, named Mosalem, is a prototype and is being trained to build a bank of 100,000 conversations through deep learning technology.

It does not rely on translation, however.

“After a year of researching, I realized translation is a dead end,” Dr. Alsarheed told Saudi Gazette. “People speak in Saudi dialect, not classical Arabic. So it’s important that the machine understands everyday conversations. The robot is, therefore, being trained to understand local dialect and find appropriate responses.”

It’s programmed to decline to respond if it’s not confident enough to answer a question. However, it consults with Dr. Alsarheed later on to learn how to answer tricky questions.

Dr. Alsarheed worked in collaboration with Namthaja, a local 3-D company run by Saudi engineers to design the robot.

After receiving further funding from the university, he plans to work on a second edition of the robot to develop its body parts and movement abilities.

Mosalem was recently hired by Al Majd channel and signed its first employment contract. Drafting the employment contract and including new stipulations such as holding its developer accountable for its communication was an interesting experience, according to Dr. Alsarheed. “Mosalem was hired and treated like any individual offered a job and the funny thing was that he was offered a salary that’s higher than university professors,” he said.

Robots are not a threat to humans, he believes, since organizations will be able to increase their productivity with robots that will in turn bring in more profits.

In the future, robots like Mosalem are being designed to replace teachers in the classroom, receptionists, and salespersons.

“I chose the name Mosalem because it means peaceful. Robots are sometimes perceived as threatening, such as taking over humans’ jobs. However, I oppose this theory,” said Dr. Alsarheed.

“In the future, I believe a teacher will become a teaching engineer. Machines can replace any job except those that entail emotions and feelings. They can do any rational job such as accounting for example. Jobs for humans will be developed rather than replaced.”

“Just like scientists learned how to build airplanes after studying birds, AI scientists learn from human intelligence how to develop something stronger and more advanced”, he further said. “We will see how machines will become smarter than humans.

Asked about the dangers and risks of AI, he acknowledged them and said we should be able to control them.

He said the Kingdom’s plans to diversify the economy and launching megaprojects such as NEOM led him to work on the project. “NEOM is a dream come true for anyone specialized in artificial intelligence. We’re currently working on building our skills to deliver the potential that NEOM promises.”