Published January 27th, 2020 - 11:22 GMT
The Syrian pound has lost one-third of its value against the US dollar since the start of the year. (Shutterstock)
Highlights
Accusations, even among Assad loyalists, that the regime is prioritising post-war reconstruction over maintaining living standards have increased.

Lebanon’s financial collapse is having repercussions beyond its borders, as Syrian President Bashar Assad revives Soviet-inspired laws to halt the meltdown of the Syrian economy.

Since the outbreak of hostilities in 2011, Damascus has fought an economic war in tandem with its military one, as it sought to accommodate the cost of nine years of civil war and manage the effects of ever-tightening sanctions.

As the pressure on the Syrian pound grew, so did the importance of the neighbouring Lebanese economy, a long-time financial lifeline to Syria. Since the collapse of the Lebanese economy last year, Damascus has been facing increased domestic pressure, leading Assad to revive 1980s-era penalties for economic crimes.

Under the decree, using any currency other than the Syrian pound could lead to a jail sentence of seven years and disseminating “made-up facts or false speculations” that “lower or destabilise” the Syrian pound carries an unspecified penalty.

The Syrian pound has lost one-third of its value against the US dollar since the start of the year, trading at 1,200 pounds against the dollar on January 19 when Assad announced the new criminal measures. Before the outbreak of conflict in 2011, the pound stood at 50 to the dollar.

A UN estimate from last March stated that 83% of Syrians live below the poverty line. As prices of consumer goods have doubled, with official estimates putting the increase in the cost of staples, such as meat and vegetables, up 30-50%, more Syrians are taking an economic hit.

“Meat is a luxury now,” Mirna al-Hasan, a Syrian journalist living in Idlib, told the Financial Times. “The most important thing is to find any food to survive.”

Accusations, even among Assad loyalists, that the regime is prioritising post-war reconstruction over maintaining living standards have increased, the National newspaper in Abu Dhabi said. In Sweida small numbers of demonstrators gathered, left alone by police, to protest the worsening economic conditions. Such public protests are rare in regime-held areas.

Even reporting of the financial situation in the typically loyalist Al Watan newspaper has been critical. Its headline on the currency’s fall reads: Amid governmental silence… the black-market dollar surpasses 1,000 pounds.”

Analysts said they were skeptical over what effect the revived criminal measures would have on Syria’s flailing economy.

“Assad’s new threat of criminal punishment for any transaction made in a currency other than the Syrian pound will not be sufficient to restore meaningful value to the currency or more importantly the economic wellbeing of the Syrian people, without more dramatic changes in regime policy or increases in the flow of funds into Syria more generally,” said Kaleigh Thomas of the Centre for a New American Security.

US sanctions on Iran, which historically served as a vital source of oil to Damascus, along with other sanctions on Assad and some of his supporters have strangled currency flows.

Assad’s military successes have undermined the economy. Through the course of the war, hundreds of millions of dollars were provided to armed opposition groups, which were traded back to the regime for hard currency. However, with the regime having retaken much of the area it lost, those inflows were down by as much as 90%, the Financial Times reported.

However, it is the economic turmoil engulfing Lebanon that has proven most damaging.

Since the nationalisation of Syria’s banks in the 1960s, Lebanon has served as a repository of Syrian wealth, a factor exacerbated by the war.

In early January, a study by the Department of Banking and Insurance at the Damascus University estimated that Syrian deposits in Lebanese banks exceeded 25.4% of the total, amounting to around $45 billion in Syrian funds. Now, with strict controls imposed on all foreign currency withdrawals from Lebanon’s banks, access to that currency is difficult, if not almost impossible.

“The inevitable intertwining of the Syrian and Lebanese economies has left both economies susceptible to each other’s shocks,” said Louay Constant, a senior policy researcher at the RAND Corporation. “Historically, Syrian goods have moved through Lebanon to its ports and that continued despite the sanctions and most likely with the assistance of the Syrian regime’s allies in Lebanon.”

“The current crises in Lebanon and Iran have moreover preoccupied the Syrian regime’s allies and… recently added sanctions have only made matters more difficult. Nonetheless, it is fair to say that the crisis in Lebanon only exacerbated what was already a Syrian economy in shambles largely because of the scale and scope of the prolonged war,” Constant said.

In Syria, groups such as the Federation of Syrian Chambers of Commerce are petitioning for further intervention, including calling for measures to stimulate small and medium-sized enterprises. However, with much of the Syrian economy geared towards reconstruction, it is unclear how much money could be made available.

“Syria faces a massive reconstruction bill (some $250 billion, about four times Syria’s GDP in 2010, the United Nations estimated) and so the task of rebuilding the country is huge,” said Ryan Bohl, MENA analyst at risk consultancy Stratfor.

“There is a massive labour shortage from casualties and displacement, destroyed infrastructure and long-term costs associated with treating the wounded from the war. Once Syria is able to start reconstruction, it will likely experience a boom of sorts but that’s only if it can break out of its diplomatic and economic isolation and access the capital and trade it needs to get the economy going. That isolation is a major hurdle.” 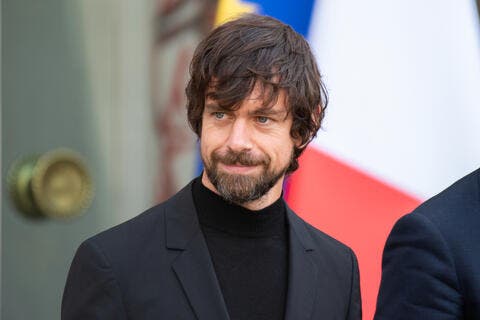