At a time when the price of petrol and gasoline have increased at an unprecedented rate in Afghanistan, the Taliban has signed a deal with an Iranian firm to purchase 350,000 tonnes of oil, media reports said citing the Taliban's Ministry of Finance. 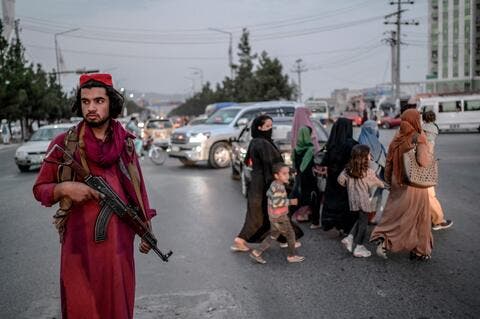 Can the Taliban Deal With The Afghan Crisis?

The Ministry in a statement on Saturday said that the Afghan delegation who was on its visit to Iran has entered into a contract with an Iranian firm to purchase 350,000 tonnes of oil from the neighboring country of Iran.

In its travel to Iran, the delegation sought to discuss oil purchases, rates, and the transit of petroleum products to Afghanistan. The outcome was a contract with an Iranian company to buy 350,000 tonnes of oil, reported Khaama Press.

Both the sides also agreed to establish a joint committee to propose ways to facilitate trade and transit of petroleum products, establish a gas pipeline for energy imports and build refineries in Afghanistan, said the ministry statement.

Discussions were held on quality, rates, transit, and facilities for traders. An agreement was made to form a joint committee on building out the gas pipeline and constructing joint refineries. The import deal is also struck in order to regulate and lower the price of fuel products in Afghanistan, said the Ministry.

Earlier as well, the acting Afghan foreign minister following his trip to Tehran in January, said that Iran will allow transit shipments of oil and gas to Afghanistan.

"Indeed, Afghanistan needs more oil and gas so we held meetings with Iran and the Iranian authorities told us that if we wanted to import from other countries through Iran, then Iran was ready to allow transit through its territory," Amir Khan Muttaqi said in an interview, according to the news agency.

Inflation due to the war in Ukraine has become a major cause of concern for many countries. The Taliban takeover in Afghanistan has caused constant unrest and a severe food crunch in the country with the newest one emerging in the form of soaring food and oil prices.