Published July 1st, 2021 - 02:30 GMT
Twitter has been locked in a confrontation with the Indian government regarding non-compliance with new IT laws. (Shutterstock)
Highlights
Prasad also said if Twitter is going to invoke the Digital Millennium Copyright Act of America then it has to also be cognisant of the copyright rules of India

Electronics and IT Minister Ravi Shankar Prasad on Wednesday said tech companies like Twitter should be accountable to India's Constitution and laws and that they should not be governed by American laws while operating in Indian territory. 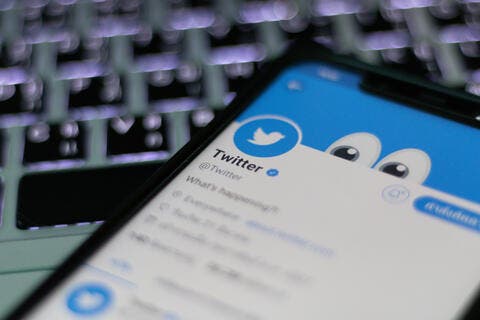 Speaking on "Big Techs and Democracy" at the India Global Forum London 2021, Prasad said: "They are welcome to do business in India, they have empowered the people of the country. They ask questions... India, being a democracy, allows complete freedom to ask questions. Let me categorically say at this platform, that they can criticise Ravi Shankar Prasad, they can criticise my Prime Minister, they can ask questions and these big tech companies are having big business in India."

Prasad also said if Twitter is going to invoke the Digital Millennium Copyright Act of America then it has to also be cognisant of the copyright rules of India, adding that: "You can't say my whole stand will be regulated by an ex-parte assessment of US law."

The minister said journalists were being defamed on a groundless basis and messages on Whatsapp were being circulated to flame passion for riots, terrorism. He stressed that Twitter must appoint a grievance redressal officer and a compliance officer, as per the guidelines.

"Some of them say that we are bound by American laws...You operate in India, you make money in India, you have good ad revenue in India, but if you take the position that I will only be governed by laws of America...This is plainly not acceptable," he said.

Prasad further said: "You are free to do your business in India but you have to be accountable to India's Constitution and its laws... You have to have a harmonious relationship with the autonomy of these digital platforms and obligations of an independent, sovereign nation like India."

The minister further remarked that if democracy is to survive, misinformation, fake news, colluded materials pose as challenges.

Twitter has been locked in a confrontation with the Indian government regarding non-compliance with new IT laws.

Prasad, on June 25, said Twitter denied access to his account for almost an hour over alleged violation of the Digital Millennium Copyright Act of the USA and asserted that its actions were in gross violation of the Information Technology Rules 2021.

Twitter had earlier lost its status as an intermediary platform in India as it does not comply with new IT rules.

Now, instead of being considered just a platform hosting content from various users, Twitter will be held directly editorially responsible for posts published on its platform.

The implication of this development is that if there is any charge against Twitter for alleged unlawful content it would be treated as a publisher - not an intermediary - and be liable for punishment under any law, including IT Act, as also the penal laws of the country.

Meanwhile, speaking on six years of the Digital India campaign, Prasad at the India Global Forum said India has made a mark in terms of digital inclusion, which is a shining symbol of the programme. He added that India has become one of the biggest countries to host all the social media platforms.

He also highlighted that India has the cheapest internet in the world and has initiated over 50,000 startups, the third biggest in the world. (ANI)