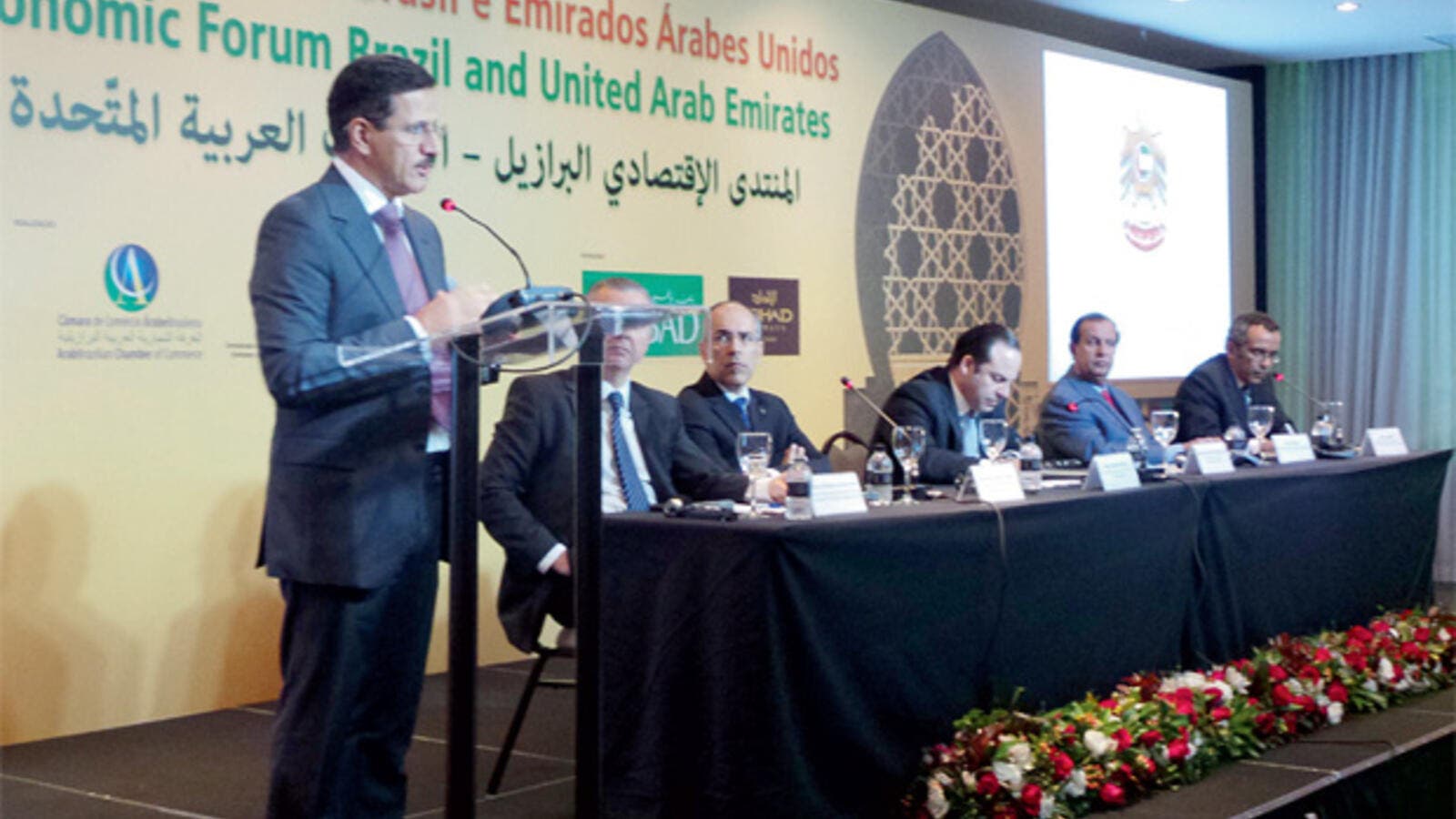 UAE's strategic location, representing a "main gate that connects the [markets] of the East and the West," serves as a key attraction point for investors like Brazil (Courtesy of Khaleej Times)

UAE Minister of Economy Sultan bin Saeed Al Mansouri, who is leading a UAE’s delegation in an official visit to Brazil, has discussed ways to enhance economic and investment cooperation and trade-exchange development.

The visit also aims to assigning cooperation fields that has priorities for the two sides’ economy.

In his statement at the Brazil-United Arab Emirates Economic Forum, organised by the Arab-Brazilian Chamber of Commerce in Sao Paolo, Al Mansouri affirmed the importance of the role of Brazil, which is deemed to be the biggest market in Latin America and a main contributor to supporting the global economy. He described the Brazilian economy as “strong and less-affected by the external crises”, adding that it has a distinguished economic position with the UAE, which seeks serious steps to developing cooperation with Brazil in the joint fundamental economic fields. The minister gave a presentation on the UAE economy, one of the main economic factors in the Middle East, thanks to the adoption of wise economic policies and an attractive investment environment, which succeeded in enticing 200 nationalities to live and operate their business in the country.

He also pointed out the importance of the UAE’s strategic location, which contributed to drawing capitals from all over the world, representing a main gate that connects the East and the West.

Al Mansouri also predicted that the estimated economic growth would be between four to 4.5 per cent and one of the fastest growth rates since 2008.

He called on Brazilian businessmen to explore the promising investment opportunities, as it is supported by a modern and integrated infrastructure, including airports, ports, telecommunications, transportation and a competitive services, which led to ranking the country 19th globally according to Index Global Competitiveness Report 2013-14 issued by the World Economic Forum in Davos.

He also stressed the importance of increasing trade exchange rates between the UAE and Latin America, which reached $3.8 billion in 2012, through the adoption of effective coordination mechanism, orgainsing economic forums, increasing coordination and forming joint task forces to follow up the development of economic relations between UAE and Brazilian companies.