World's Most Expensive Guitar on Display in UAE 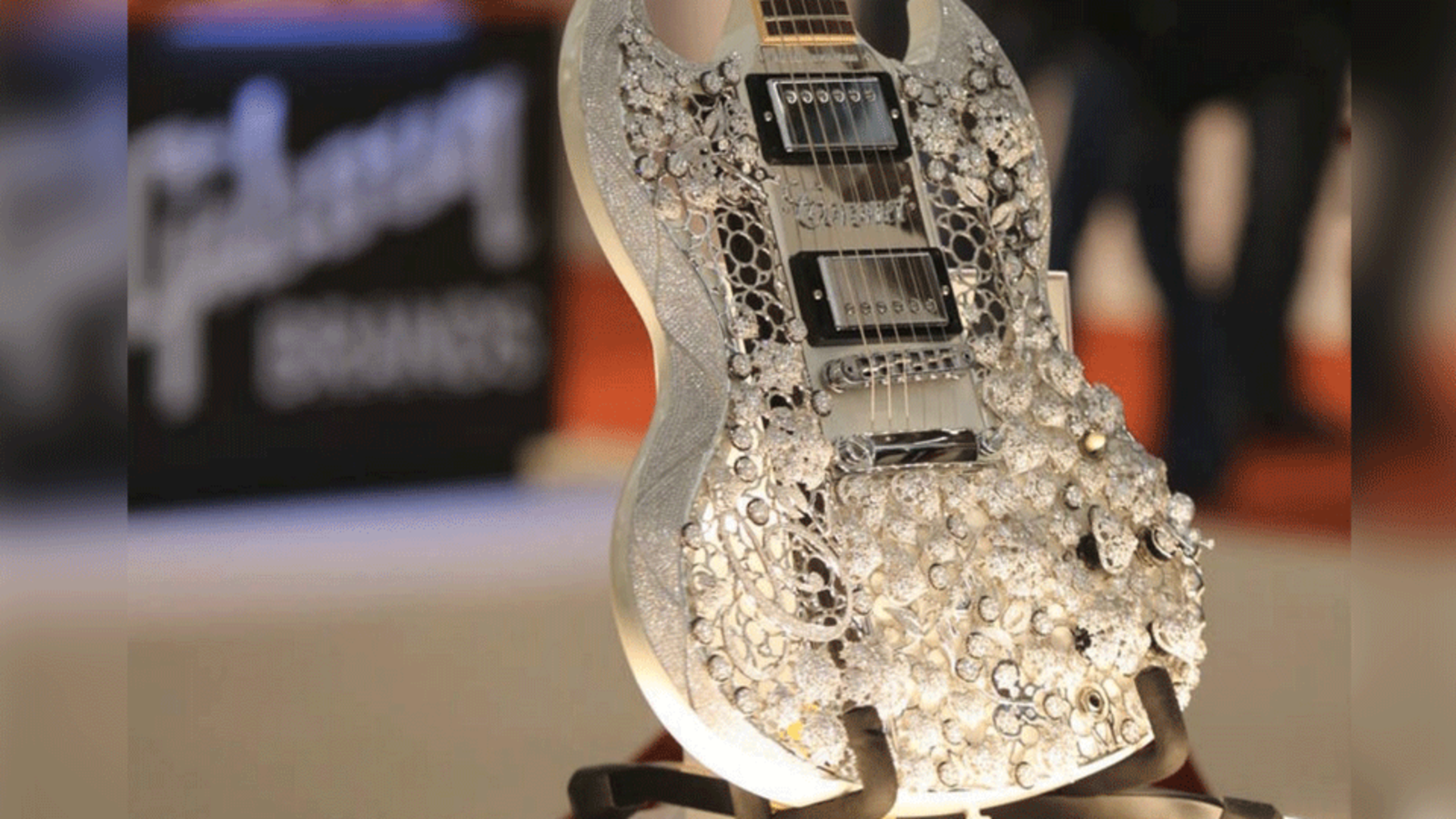 A $2 million guitar decorated with over 11,441 diamonds will be on display at the Jewellery and Watch Show, which will run on 26-30 October at the Abu Dhabi National Exhibition Centre.

The masterpiece is acknowledged by the Guinness Book of World Records as the world's most expensive guitar.

Visitors of the event, which will convene under the patronage of Sheikh Nahyan bin Mubarak Al Nahyan, Minister of Tolerance, will be able to take a glimpse at the extravagant guitar, which is decorated with over 11,441 diamonds amounting to over 400 carats set in 1.6 kilograms of white gold.

The guitar which is named the "Eden of Coronet" was designed by Mark Lui (also a renowned song writer), created by 68 artisans and took 700 man days to complete. The brothers of Michael Jackson are just some of the music artists who have performed concerts using this distinctive instrument.

Mohamad Meheiddine, JWS Event Manager, said, "We try to display striking items at JWS each year and the world's most valuable guitar does just that. Visitors can enjoy the guitar not only for its extravagance but also be in awe of its functional use for musicians."