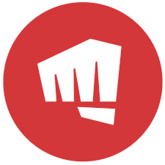 Riot Games was founded in 2006 to develop, publish, and support the most player-focused games in the world. In 2009, Riot released its debut title, League of Legends, to worldwide acclaim. League has gone on to be the most-played PC game in the world and a key driver of the explosive growth of esports.

As League enters its second decade, Riot continues to evolve the game while delivering new experiences to players with Legends of Runeterra, VALORANT, Teamfight Tactics, League of Legends: Wild Rift, and multiple work-in-progress titles. Riot is also building the world of Runeterra through multimedia projects across music, comic books, board games, and the upcoming animated series Arcane.

Founded by Brandon Beck and Marc Merrill, and led by CEO Nicolo Laurent, Riot is headquartered in Los Angeles, California, and has 2,500+ Rioters in 20+ offices worldwide.

Riot Games and Intel have reinforced their commitment to promote the eSports sector in the MENA region and provide regular opportunities for gamers to compete against each other at the highest level following the conclusion of the Intel Arabian Cup (IAC). Based on the League of Legends title, the second edition of the IAC, organized by Riot Games and Intel, came to an exciting end recently with Geekay Esports team from Saudi Arabia crowned champions after their victory over runners up Anubis Gaming. The IAC showcased the best talent from ...
Read more