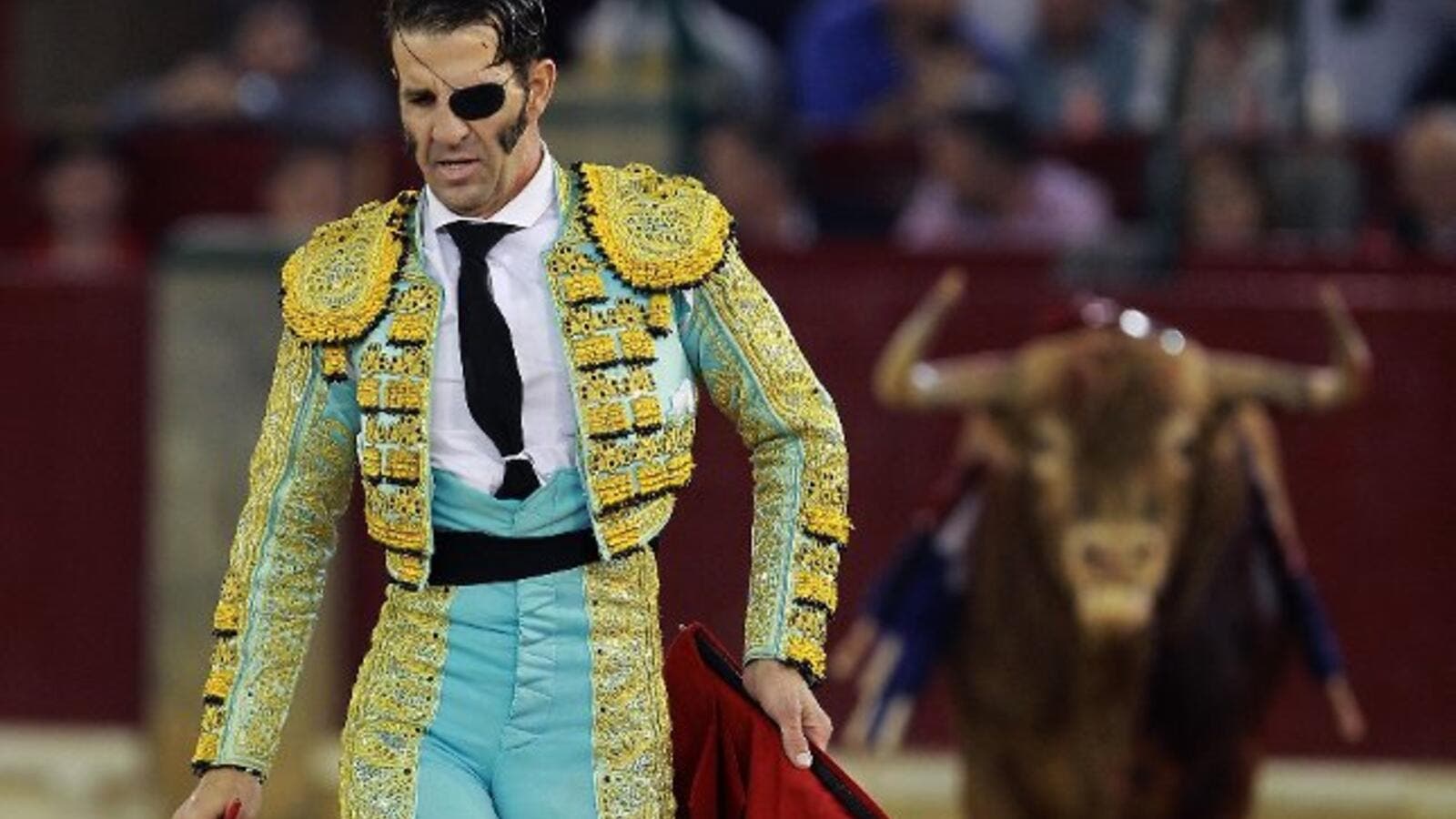 This is the shocking moment a one-eyed Spanish matador is scalped by a raging bull.

Juan Jose Padilla, 45, already wears an eye patch after he was gored in 2011.

Now, he is recovering from another gruesome injury which left half his scalp hanging off in front of a crowd of hundreds in Arévalo in northern Spain.

Horrific video footage shows him try to hold his scalp together in the centre of the bullring before being helped to his feet by colleagues.

Padilla was taunting the bull when he lost his footing and it charged at him, knocking him to the ground before striking him several times.

The animal caught his head with its horns as he lay on the ground.

He was rushed to hospital in Avila where doctors ruled out any brain damage.

He has since been transferred to Seville to continue his recovery under the supervision of Dr Alberto García-Perla - a specialist in maxillo-facial medicine who has been treating him since he lost his eye in Zaragoza.

Medics said Jerez-born Padilla was extremely lucky to be alive.

They revealed that he had remained conscious as his horrific 20cm wound was treated with nearly 40 stitches.

His only thought was to find a phone to call his wife.

This afternoon, the bullfighter, who is considered a hero in Spain, posted to Facebook: 'Many thanks to all the followers of the page for their love and demonstrated support.'

In an earlier post, he said: 'I am very well and I want to reassure everyone that my condition after the accident is favourable because I feel very well.

'Now I'm in Seville and I'm waiting for Dr. García-Perla to take care of me, who's going to check my wound, explore it again and he will advise me how to continue with the recovery.'

'I have been overwhelmed by so many expressions of affection, respect and encouragement as much towards me as my family did, and I want to thank all those who have been able to recover from the mishap suffered on Saturday in Arévalo.'

He thanked his doctors and the medical team and revealed he is already thinking about his return to bullfighting. He hopes to still make the San Fermin festivities in Pamplona.

Padilla, known as the 'Ciclón de Jerez', lost his left eye in 2011 in Zaragoza after a brutal goring and was also wounded in the neck in Pamplona in 2001.

Members of his team wear shirts with the slogan: 'Suffering is part of the glory'.