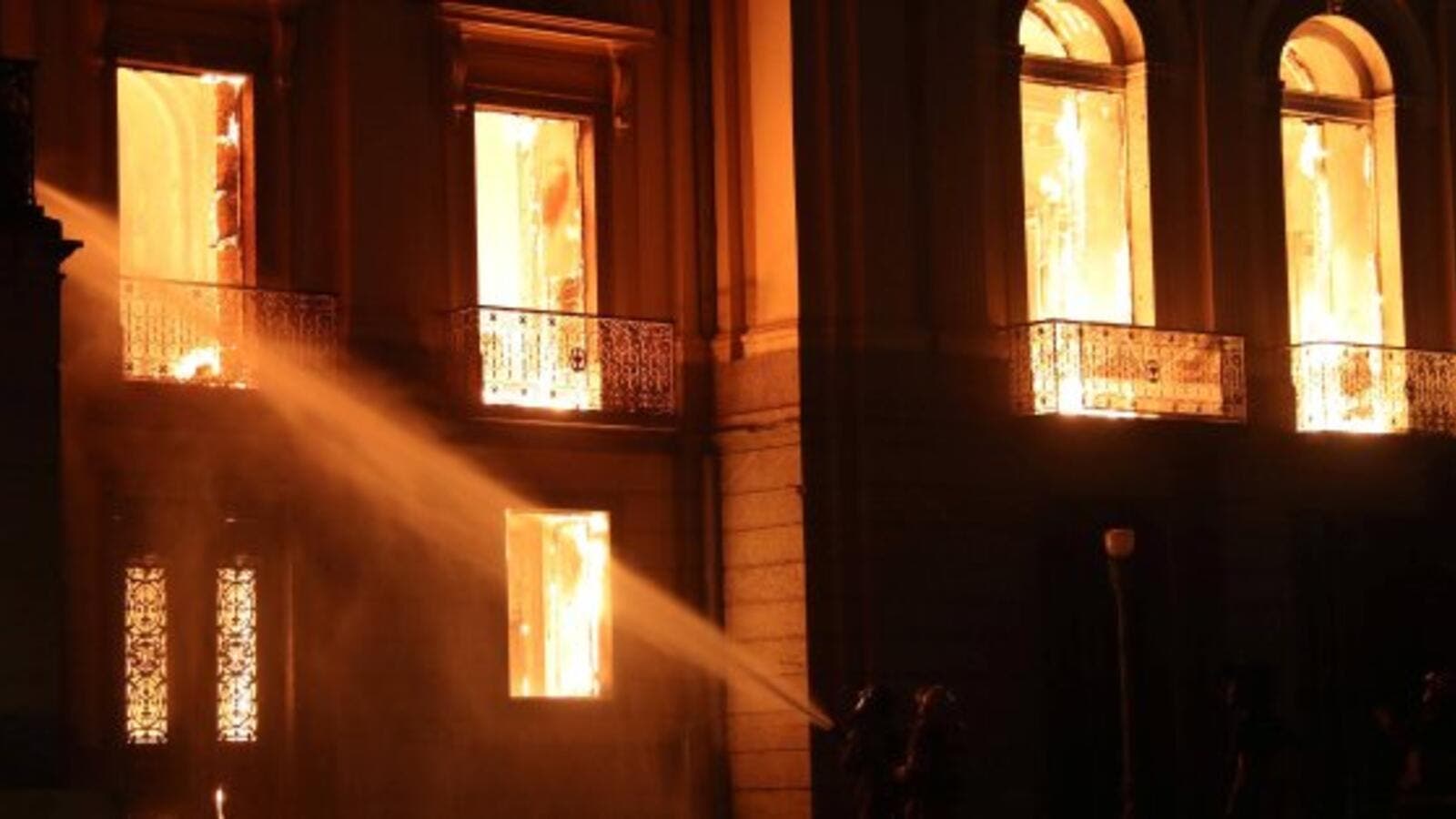 Yesterday, the National Museum of Brazil - one of Brazil’s principal historical collections, w/ everything from indigenous artifacts to meteorites - burned down (Twitter)

More than 700 Egyptian historical artifacts face an uncertain fate after the huge fire that destroyed the National Museum of Brazil in Rio de Janeiro on Monday.

Egypt’s Antiquities Ministry contacted the Foreign Ministry to provide it with a detailed and urgent report on the situation of the Egyptian artifacts in the museum after the terrible fire that left total devastation.

The museum included about 20 million artifacts, feared all but lost.

Secretary-General of the Supreme Council of Antiquities Mostafa Waziri expressed deep remorse over what happened, describing the fire as a great loss to mankind.

He expressed the Antiquities Ministry’s solidarity with the museum and its full readiness to cooperate in providing archaeological and technical assistance, alongside the necessary expertise to restore the museum’s antiquities, if requested by the Brazilian government.

The museum includes a collection of ancient Egyptian artifacts, estimated at over 700 pieces including mummies, coffins and sculptures.

Most of these artifacts entered the museum in batches. The first was in 1826, after leaving Egypt from the Theban Necropolis, Karnak Temple. The batch was then put in an auction in Rio de Janeiro, where Portuguese emperor Pedro I bought the entire collection and donated it to the museum.

One of the most important pharaonic objects in the museum is a rare sarcophagus containing the mummy of Sha-Amun-on-Su, a singer priestess from the Late Period of ancient Egypt. Emperor Pedro II had received it as a gift from Khedive Ismail during his journey to Egypt in 1876.

Other notable artifacts include three Amun priest coffins from the Late Period and the Third Intermediate Period of Ancient Egypt, six human mummies (four adults and two children) and a number of mummies and coffins for cats, fish and crocodiles.

The fire, whose cause remains unknown, broke out after the museum was closed. A spokesman for the fire fighters said that the fire spread quickly because there were many inflammable materials.

Pictures showed the spread of fire in all parts of the historic building.

Brazilian President Michel Temer said the destruction of the museum was an “enormous loss” and that Brazil lost 200 years of work, research and knowledge.

“This is a sad day for all Brazilians,” he lamented.