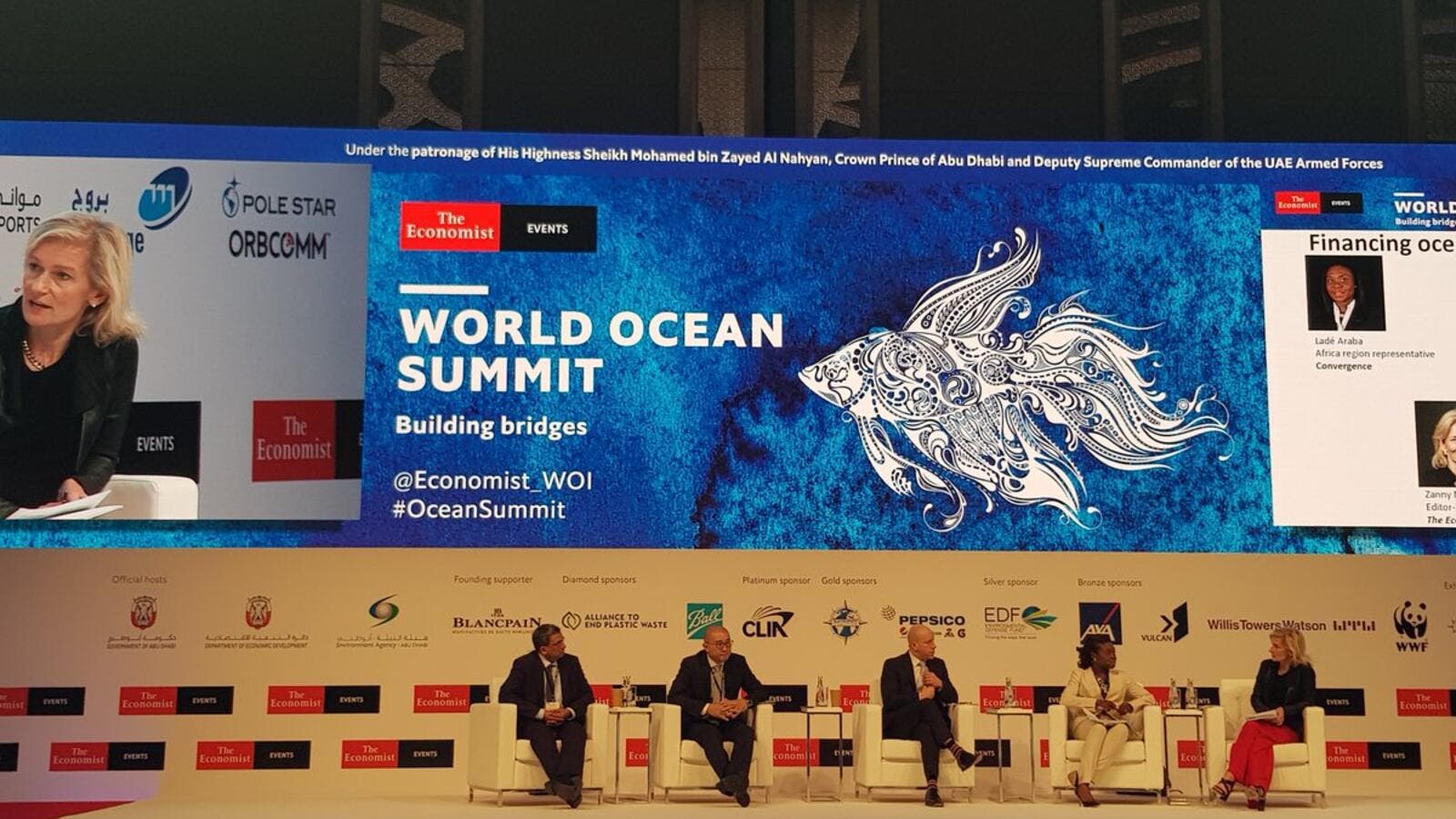 Global governments, including Gulf states, need to do more to tackle overfishing, one of the greatest threats facing fish stocks in the world’s oceans, experts at the World Ocean Summit in Abu Dhabi warned last week.

Illegal and unreported fishing is a multibillion-dollar business and one that has proven increasingly difficult to monitor, experts say.

Amanda Leland, executive vice president of programs at the Environmental Defense Fund (EDF), suggested they could make use of an “arsenal of tools,” from local incentive programs for fishermen to high-tech monitoring, using satellites as “eyes in the skies” to track overfishing from space.

Without action, she said, fisheries will continue to decline, and by 2030, 85 percent of fish stocks worldwide will be depleted. “That’s the trajectory we are on if nothing changes,” she said.

“The ocean has typically been thought of an inexhaustible human resource, so only in the past 10 to 15 years has it become a hot topic because of its connection with food and billions of people relying on seafood.”

Looking at the region, Razan Khalifa Al-Mubarak, managing director of the Environment Agency - Abu Dhabi, told Arab News a “call to action” is needed for GCC governments to address the “very real and alarming” local issues facing the Arabian Gulf.

A recent study showed UAE fish stocks have depleted by between 70-80 percent in the past three decades, Al-Mubarak said.

“The results are alarming. The sea here is at a tipping point — if you don’t take care of it, it will quickly spiral downwards.”

Leland said overfishing, including illegal, unreported and unregulated (IUU) fishing, remains the greatest short-term threat to marine ecosystems. That’s because it undermines national and regional efforts to manage fisheries sustainably and to conserve marine biodiversity, which are important in dealing with the greatest long-term threat — climate change.

“But if we can fix the overfishing problem now, we can make the oceans more resilient to withstand the shocks that are coming with climate change,” she said.

According to the UN Food and Agriculture Organization, IUU fishing takes advantage of corrupt administrations and exploits weak management regimes, particularly those of developing countries, which lack the capacity and resources for effective monitoring, control and surveillance.

“IUU is a bucket of all kinds of stuff that is happening and all of these things contribute to overfishing,” Leland said. “They also have all sorts of associated problems, such as human rights, drug trafficking — the more illegality there is on a vessel, the more opportunity for mischief.”

Leland said there are many tools that can help solve the overfishing issue, including an “eyes in the skies” approach, using satellite technology to track vessels in real-time.

Organizations such as Global Fishing Watch act as an eye in the sky, constantly scouring the globe in search of those illegally ravaging the ocean of its stock.

“Having that information is super-powerful because we know if a vessel is in an area meant to be closed to fishing — or a protected area — or we know if vessels from a different country are coming in the domestic waters of a nation, and that is really important to get a handle on.”

Another tool is what the EDF describes as “data on the deck” — using smart technology such as cameras, artificial intelligence and data transmission, among other tools, to track how much stock, and which species, are being caught at sea.

“The only way we can get a real handle on that is if we can see what is happening on the deck of boats in real-time as they are fishing,” Leland said. “Our focus is trying to turn the lights on to show what is happening on boats, understanding what is being caught, and using that to inform good management and good compliance and protection of wildlife.”

In an information-led world, Leland said, oceans are the last frontier when it comes to utilizing technology, and in many places there is “zero data” about fishing practices at sea.

“We know more about the face of the moon than we know about what is going on in the oceans of our planet.”

But it is not all doom and gloom: Leland said overfishing is a solvable problem. “The solutions exist. The technology exists. We know what the right rules are. If we can harness this, then the whole equation flips around.

“So overfishing is the most important thing we can do right now from an ocean conservation standpoint and, at the same time, the world needs to be all-in on solving greenhouse gas pollution.”

For Wendy Watson-Wright, CEO of the Ocean Frontier Institute, a transnational hub for ocean research, the biggest concern facing the ocean is “undoubtedly” carbon emissions.

“I’m not a natural pessimist, but in terms of climate change and greenhouses emissions, I would say we are dangerously close to midnight,” she said, calling it an “Ocean Doomsday Clock.” “Yes, overfishing is also an issue, but if you do not have an aquarium that can allow them to live in then you don’t have to worry about fishing — because there will be no fish.”

This has huge implications for all species, including human populations, Watson-Wright said.

“We have all read about coral reefs, coral bleaching and the warm waters, together with the deoxygenation of organisms which need oxygen to live, and we are having more and more dead zones largely caused by the warming. It also has implications for the shell species, which are the base of the food chain.”

She said if carbon emissions were halted today, the oceans would still take hundreds of years to recover.

“This is because the ocean is a big flywheel. On the other hand, if we did, we can start on the path to recovery. Probably some regions can be doing better, but it is a global issue. It is one atmosphere, one ocean. What we do in one ocean affects others.”

Al-Mubarak said many issues facing the Arabian Gulf need to be addressed at the local level, adding that a “focus on regulation and enforcement is extremely important” to monitor the state of fish stocks, the amount of plastic going into our oceans and marine biodiversity.

“For example, today’s marine water discharge standards don’t exist as a unified standard in the Arabian Gulf. Abu Dhabi is probably the only city around the Arabian Gulf that has issued marine water standards, but we share a basin, a basin that is also geographically distinct; it is shallow, it is warm and with very low circulation.

“Therefore, the attention by countries around the Arabian Gulf is important so we don’t get to the tipping point very quickly.”

Al-Mubarak said the unique conditions of the Arabian Gulf could also offer opportunities.

“The Gulf can be this living laboratory. Look at this in the context of climate change. We are already living in an environment that is warm. However, there are species that are thriving and could lead to global efforts in coral restoration,” he said.

In the short-term, Al-Mubarak said plastic is still a “key issue” in the Arabian Gulf.

“But there really hasn’t been a regional study about the scale of the problem. If you take the amount of plastic going into the sea, we are looking at 13,000 tons every year.

“By 2050, if this trend continues, there will be more plastic than fish in the ocean. We need to address this at a local scale. Who is measuring what is going into the sea? And what are we going to do about it?

“This really is a call to action for the GCC and globally to do something about it and offer solutions,” Al-Mubarak said.

“Again, being a region that produces plastic, there is an opportunity to look at investing in the development of this area: How can we disrupt the plastic industry and make it much more environmentally friendly?

“This is not getting to Mars; this is something we can do. And we can start today.”