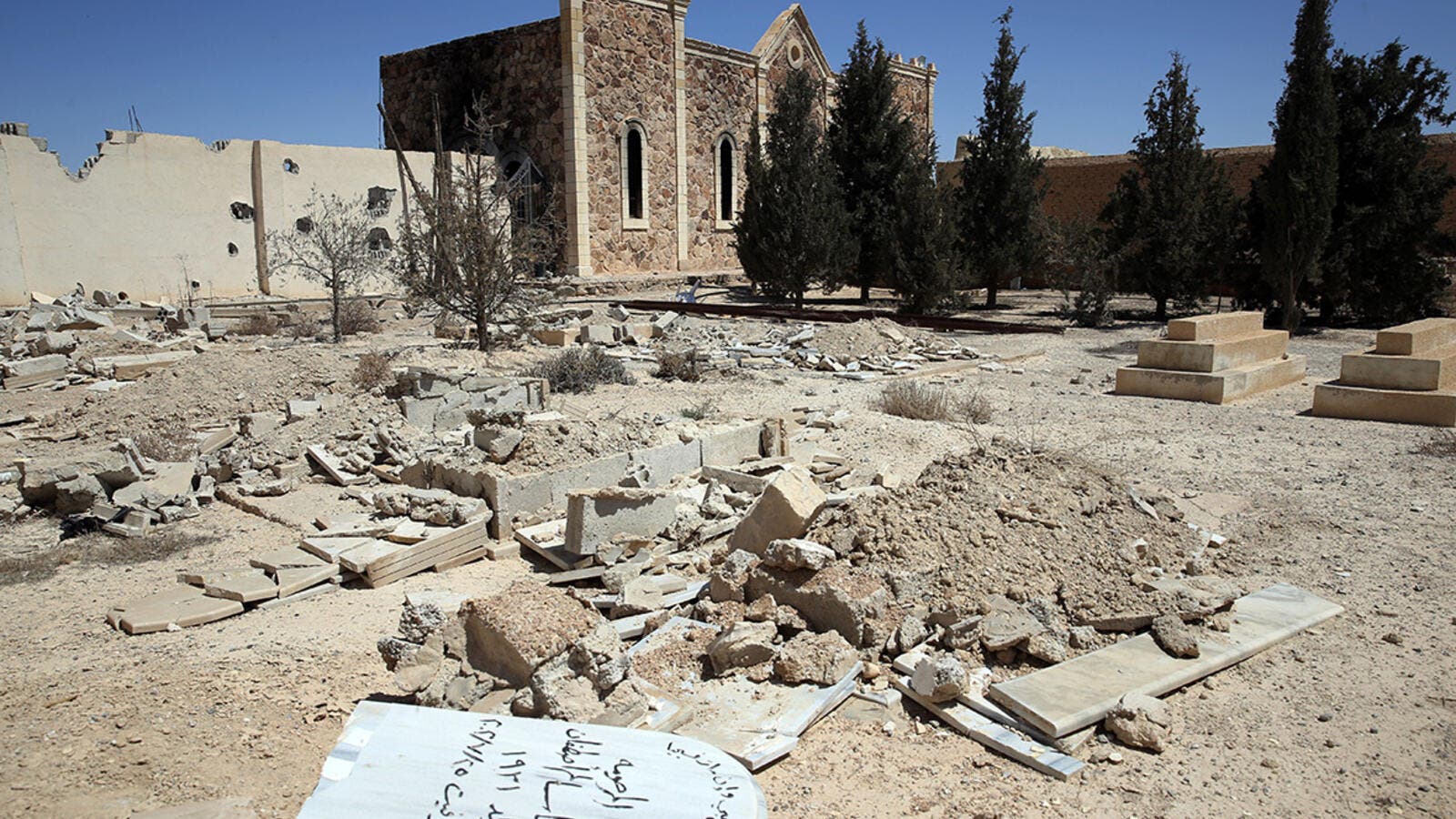 The New Arab has gained evidence of Syrian regime forces, who previously held control of the area, raiding Christian graveyards and looting family tombs of valuables including gold, jewellery - and even gold teeth.

Harasta, which lies just northeast of downtown Damascus in the opposition-held enclave of Eastern Ghouta, was only recently liberated by Syrian opposition forces during the Battle of Harasta, codenamed "They were wronged" by rebels.

The town had been under control of the Assad regime for around five years, during which time the graves were dug up in search of precious items, according to church and municipal officials.

After liberating the al-Ajami neighbourhood in Harasta, rebels discovered the regime troops who had previously held the area had plundered the graves, looting them of all valuable possessions buried alongside the dead in their tombs.

Coffins were found opened and devoid of any of the valuable items - including gold and jewellery - that are customarily buried alongside Syrian Christian families.

It has also been alleged that gold teeth had been pulled from the mouths of decomposed corpses, many of which lay exposed in opened coffins.

Christians previously numbered around 35,000 in Harasta - approximately 15 percent of its population - but most left as fighting between regime and rebel forces escalated in the wake of the 2011 uprising.

Church officials confirmed that the graves had been stripped of all valuable possessions.
Syrian rebel factions took control of Harasta, including the Military Vehicles Administration base, in January. The town's local council subsequently discovered the damage caused by the regime's tomb raids.
The head of the town's council, Husam al-Beiruni, told The New Arab how regime forces dug up more than 300 Christian graves and inflicted serious damage to the tombs and the corpses lying inside, as they searched for precious stones and jewellery.
Al-Beiruni told The New Arab that Christians had been living in Harasta for more than 100 years before the violence that forced them to leave.
"We are trying our best to restore these graves, as we would with any other holy site in Harasta," he told The New Arab.
He added that the city had allocated them land in 1937 to use as their cemetary, which became the burial site for Christians from Harasta and neighbouring Arbin.

The town had been home to some prominent Syrian Christian families, including the Nayefeh and Dalul families, as well as the family of Dawoud Rajha, Bashar al-Assad's former defence minister - although his family are not buried in this graveyard.

Al-Beiruni added that the destruction during the regime's tenure of Harasta was not limited to Christian sites, as many places of worship such as mosques as well as homes, schools and other public spaces had been subjected to similar damage.

Many parties to the conflict have inflicted terrible damage on the country, he added, however this incident "of particular barbarity" was the work of Assad's troops.

"However, this regime does not limit itself to the violation of graves," Al-Beiruni said.

"They bombard us with rockets on a daily basis, not only in Harasta but in all liberated areas of Syria."

"We must report to the world, on behalf of the Syrian people, the kinds of deeds the regime perpatrates against us daily."