Dubai Social Influencer Gets 1,000 Roses Inside a Ferrari for Valentine's (Video) 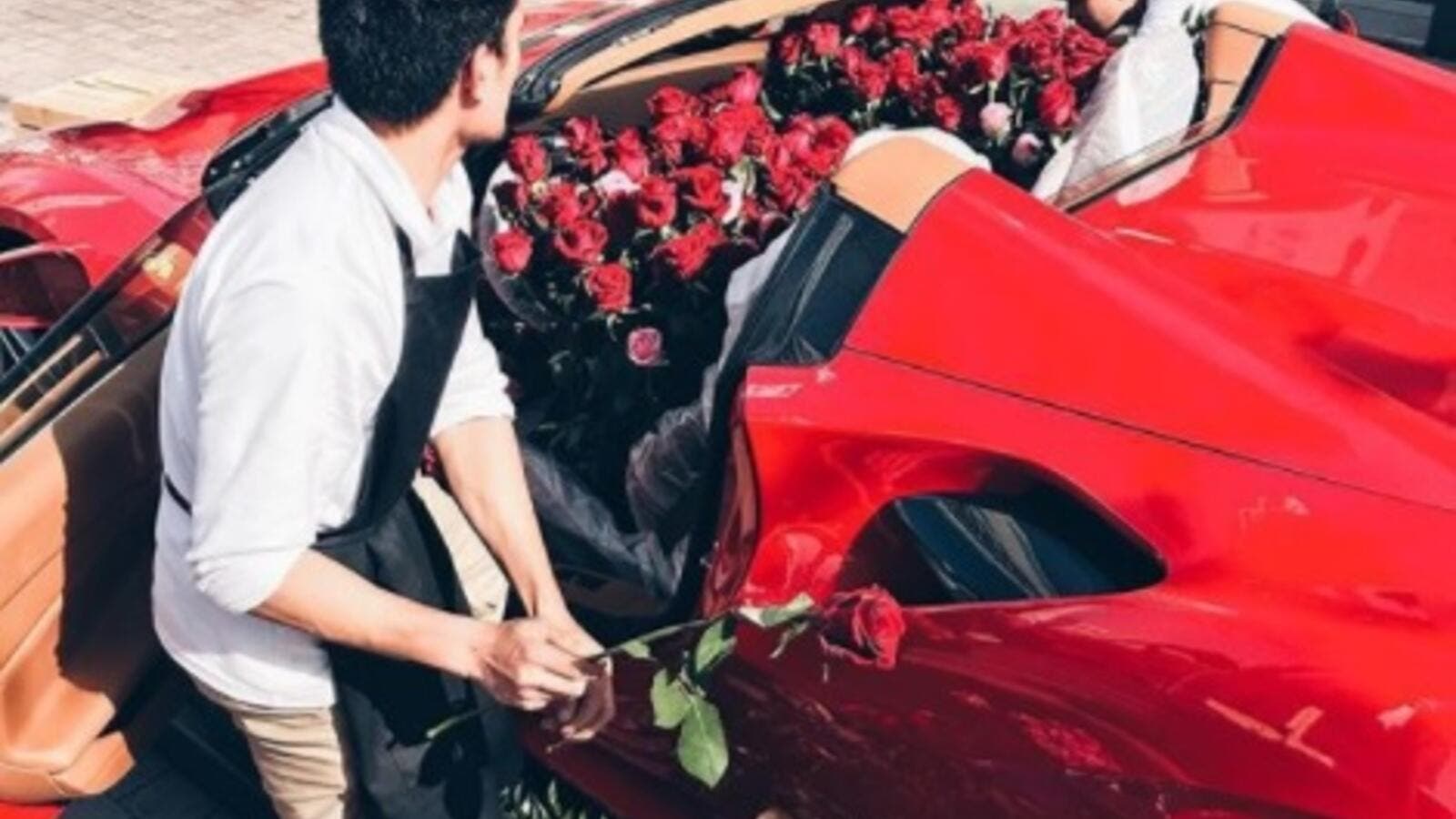 In a YouTube video, Alex Hirschi, better known online a Supercar Blondie received what could very well be the grandest Valentine's gift ever. For the special day, she received 1,000 roses inside a Ferrari.

You read that right - a Ferrari as in the supercar. Because what else would be an appropriate surprise for a Supercar Blondie than a supercar?

In the video, her husband takes the audience on a behind-the-scenes tour of how the surprise was carefully planned. It all started with a poll, where he asked the audience as to which car he should get. While the top picks from the poll were the Lamborghini Huracan, Mercedes AMG GTR and Aston Martin DB11, he chose to go with the Ferrari 488 because nothing says Valentine's than a red supercar. But it doesn't end there.

The car is then filled with a thousand roses by a florist in Dubai and then taken right at the doorstep of the hotel where Supercar Blondie is staying.

A phone call later, she comes down visibly surprised while being handed the keys to her Valentine's surprise. As she opens the door, flowers come out from inside the car.

The video ends with the Ferrari coming to life. Alex also adds that it is 'such an amazing surprise.'