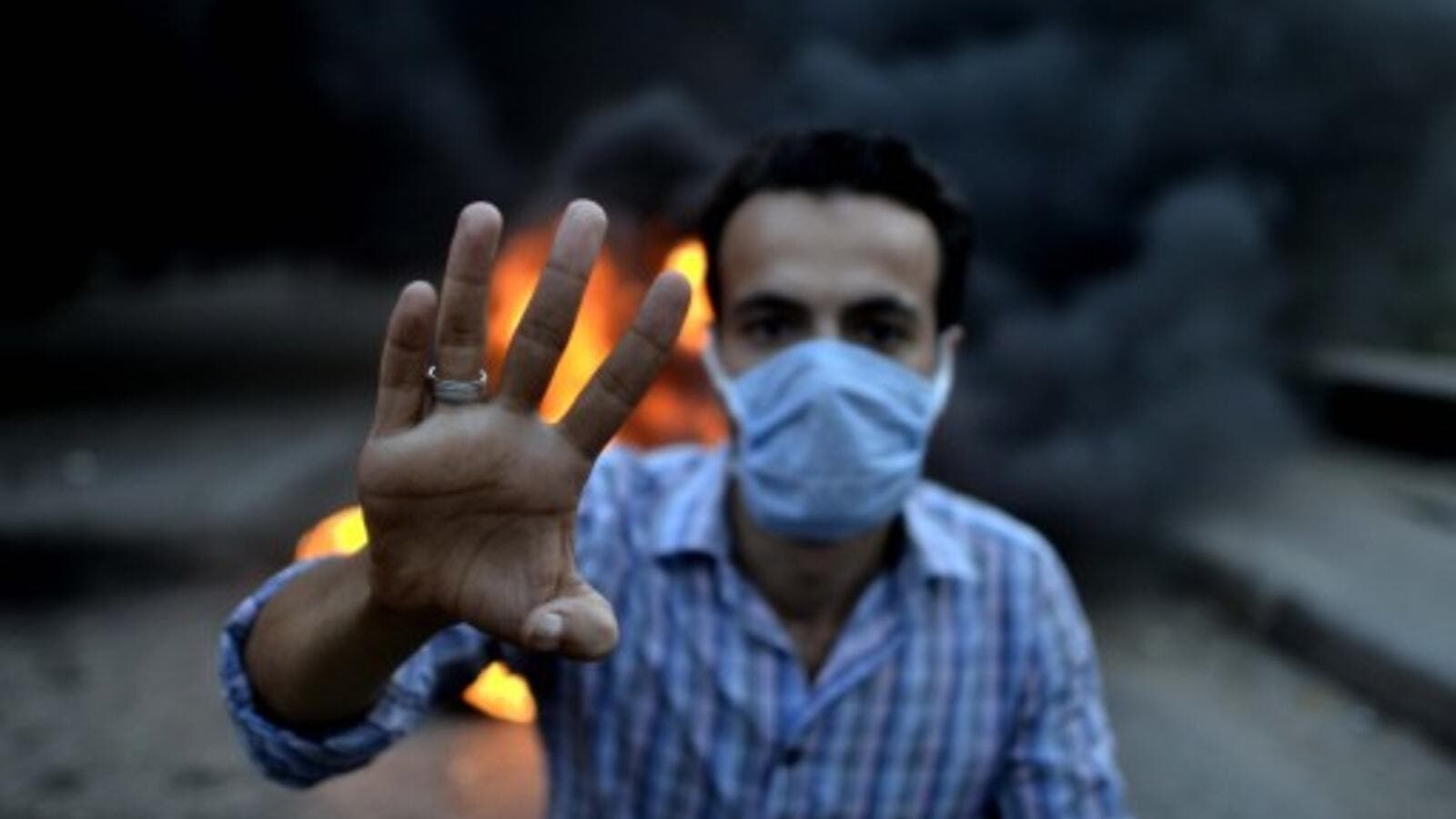 An Egyptian man shot his neighbour near Cairo after his daughter made a pro-Morsi sign. (AFP/File)

An Egyptian man shot dead a neighbour in a town near Cairo after the latter’s daughter made a hand sign symbolic of support for the outlawed Muslim Brotherhood, reported a local newspaper on Saturday.

The suspect, a truck driver, had fired at his 60-year-old neighbour in Shebeen Al Qanter, north of the Egyptian capital, in a brawl that started when the victim’s daughter taunted the driver’s wife by waving the pro-Brotherhood Raba’ah sign, said the independent newspaper Al Tahrir.

Police said they had arrested the suspect and the gun he used in the attack.

Raba’ah is an area in eastern Cairo where supporters of the ousted Islamist president Mohamed Morsi staged a mass sit-in for more than a month before security forces cleared them out in a deadly crackdown in mid-August.

Since then, the sign taking the shape of four fingers has become popular among loyalists of Morsi, who belongs to the Brotherhood.

Morsi, Egypt’s first democratically elected president, was deposed by the army in July following street protests against his one-year-old rule.

More than 1,000 people have since been killed in Egypt in clashes involving Morsi’s backers, opponents and security forces.

The military-backed government on Wednesday declared the Brotherhood a terrorist group, a measure that makes its followers liable to penalties ranging from jailing to death. In September, a court banned the 85-year-old group and froze its assets.