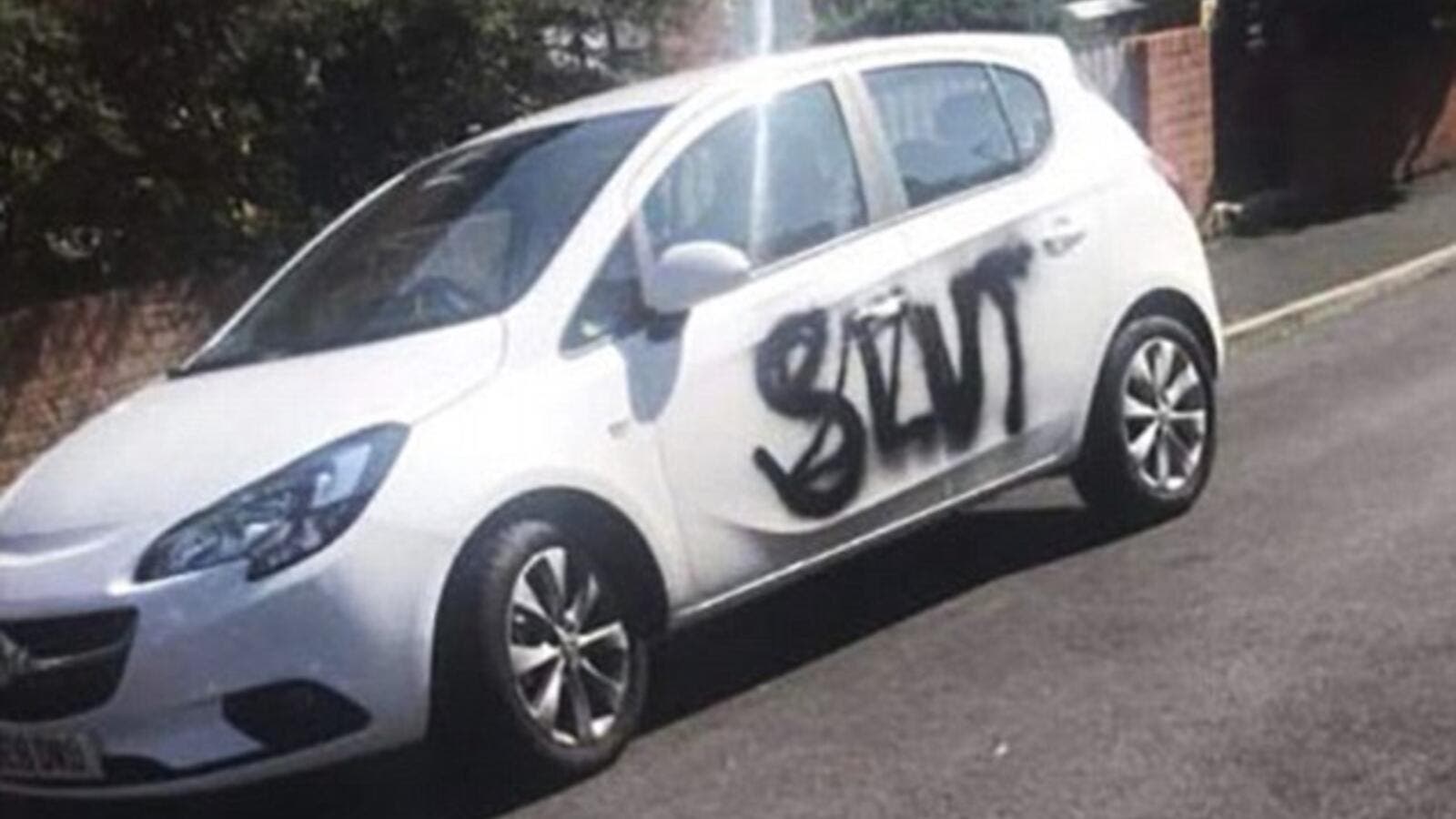 A jilted boyfriend took revenge on his ex by daubing the word 'slut' in giant black letters on her brand new white Vauxhall Corsa while it was parked near her home.

The woman was stunned to find that her reputation had been trashed in full view of her neighbours in Leeds, West Yorkshire.

The vengeful boyfriend also wrote other insulting messages on her vehicle while it was unattended in a residential street.

The angry ex caused thousands of pounds damage to the vandalised vehicle by scrawling 'slut' across both side doors.

He also wrote other rude messages on other parts of the car in the bizarre revenge attack.

A neighbour said: 'Obviously, she was horrified when she realised the messages had been on show to all the people living here and passing by.

'It does not take much working out to know it was one of her ex's. We don't know if she has reported it to police or she is too ashamed.'