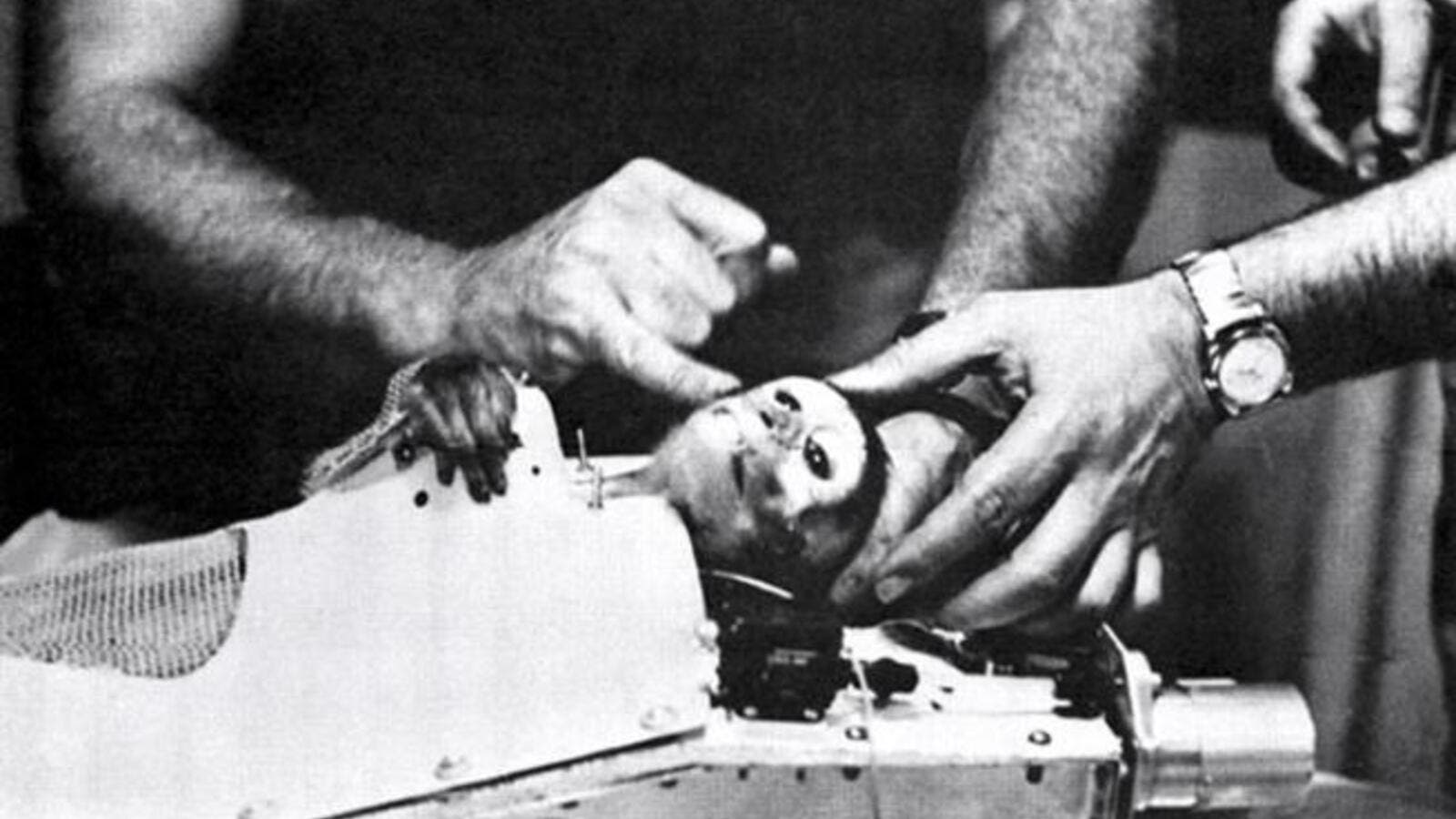 A sci-fi lover's dream: Iran set to send a monkey into space (picture courtesy of Grasscity).

Iran's space program has long been a source of fear for Western leaders who have previously claimed it is secretly being used to develop ballistic missiles to carry nuclear weapons. But while the world worries about its nuclear program, Iran's Space Organization has been hard at work on a very different mission.

According to reports this week, the Persian nation is set to send a live monkey into space.

The madcap idea is more reminiscent of B-list science fiction movies than NASA but Iran is hoping to follow in the footsteps of countries such as the U.S. and Russia to put their primate into orbit.

Without the aid of any dodgy special effects, Iran's Space Organization claims it is on the brink of making this a reality.

With one failed attempt already behind them in 2011, Iran has spent the past two years making sure that 2013's 'mission monkey' will be a success.

Chief of the Space Organization, Hamid Fazeli, reportedly told Mehr news agency that the launch will take place within the next month to coincide with Fajr Festival, a 10-day celebration marking the 34th anniversary of the 1979 Islamic revolution.

According to Fazeli, final tests for launching the space-capsule have already been completed and the primates are currently getting some much needed R&R before their trip: “The monkeys that will be sent in a life capsule are for now in quarantine," he said.

While Iran says it has already successfully launched three satellites into orbit, the country is yet to send a man to space. But Fazeli told the state-run news agency that, if successful, 'mission monkey'  should get Iran on its way to sending a man by 2020.

Having successfully completed space missions with a rat, turtles and a worm, monkeys are just the latest edition to Iran's out-of-this-world menagerie.

Should Iran be sending an animal into space? Or are there better ways to spend the nation's budget? Tell us what you think below.