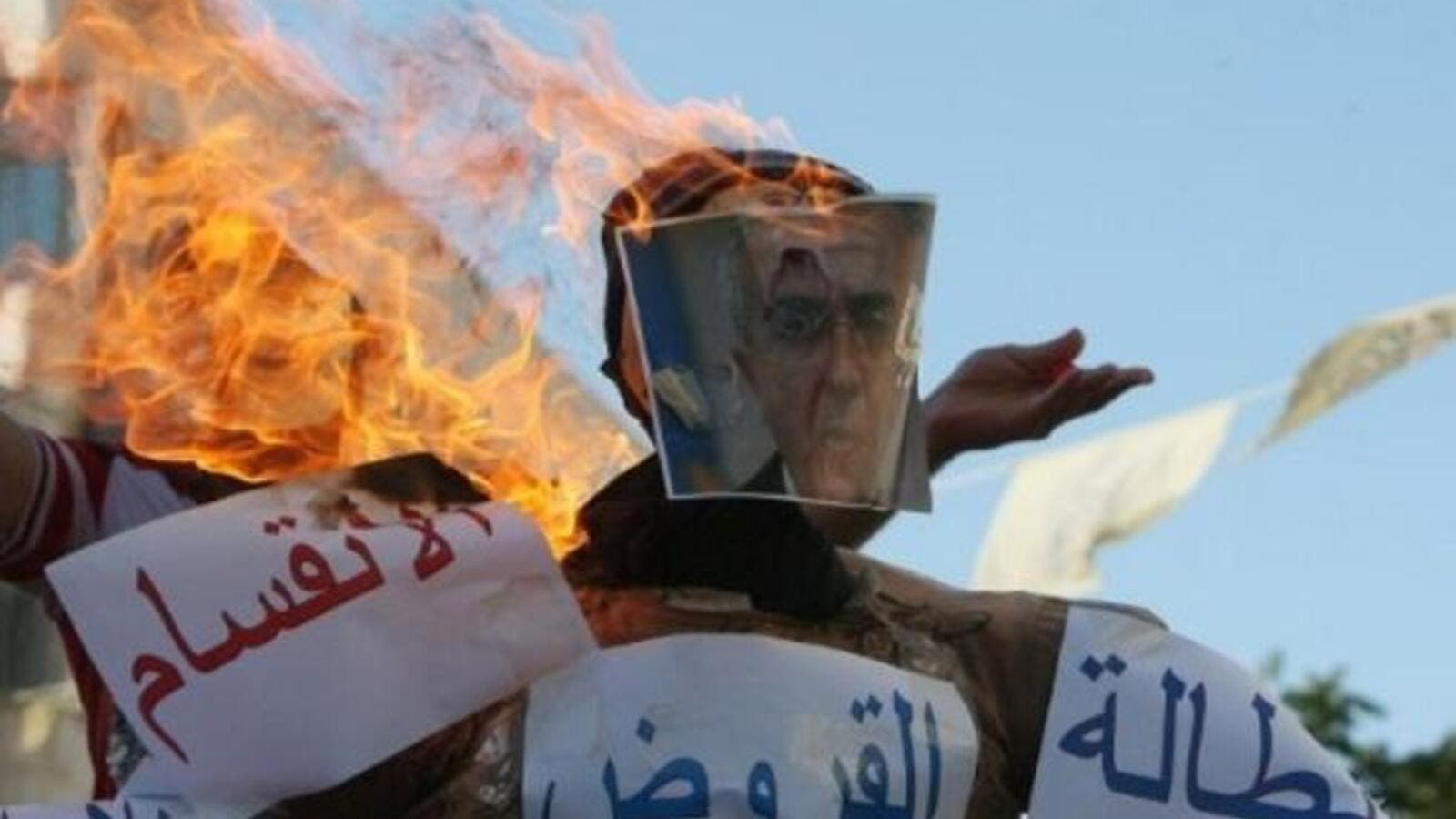 The US and Arab countries have failed to come through this year with the aid money they have pledged, leaving the Palestinian Authority that governs much of the West Bank in a budgetary shortfall that has contributed to rising prices and delays in the payment of government salaries.

There are some 154,000 Palestinian civil servants, and their salaries help keep extended families out of poverty.

Abbas spoke to reporters Saturday in the West Bank city of Ramallah.

The announcement comes a day after PA Prime Minister Salam Fayyad said he was willing to resign if the public demanded, after three days of street protests against high living costs across the occupied West Bank, but did not say that he was going to do so.

A fuel price increase of about five percent sparked the demonstrations in the Palestinian cities of Ramallah, Jenin and Hebron, where protesters burned an effigy of Fayyad, who presided over economic policy as finance minister until he was replaced in that role in May.

"If there is a real public demand that I resign, and if it would solve the economic problems, then I would not hesitate to step down, nor would I delay it," Fayyad told reporters in Ramallah.

Echoing slogans chanted in Arab Spring demonstrations, the crowds called for Fayyad to "Get out," and accused the former IMF official of corruption and of leading policies harmful to the poor.

The aid-dependent Palestinian economy in the West Bank is facing a deepening financial crisis due to a drop in assistance from Western and wealthy Gulf backers, as well as Israeli restrictions on trade.

The PA is grappling with a recurring deficit and external debt, both of about one billion dollars, or nearly a fifth of gross domestic product, and a fifth of the West Bank's 2.5 million Palestinians are unemployed.

The PA's cash crisis delayed salary payments for some 153,000 civil servants several times this year. Fayyad said he did not know when the money would be available to pay last month's salary.

Poor planning and continued, rigid Israeli controls have led to boom time Palestinian growth rates of nine percent in 2010 to fall by half. A recent Palestinian poll found 72 percent of West Bank respondents thought the PA institutions were corrupt.

Abbas said on Wednesday the "Palestinian Spring has begun" and that the protesters' demands to reduce costs were "right and fair." He did not voice support for Fayyad in his remarks.

In one protest on Wednesday, a man tried to set himself and his six-year-old daughter on fire, frustrated that he could not afford to treat her cancer.

Fayyad has been widely credited by the West for introducing neo-liberal policies, although such policies have proven to be devastating for the Palestinian economy.

Do you think Palestine should rely so heavily on aid? Is Salam Fayyad a safe pair of hands? Tell us what you think below.