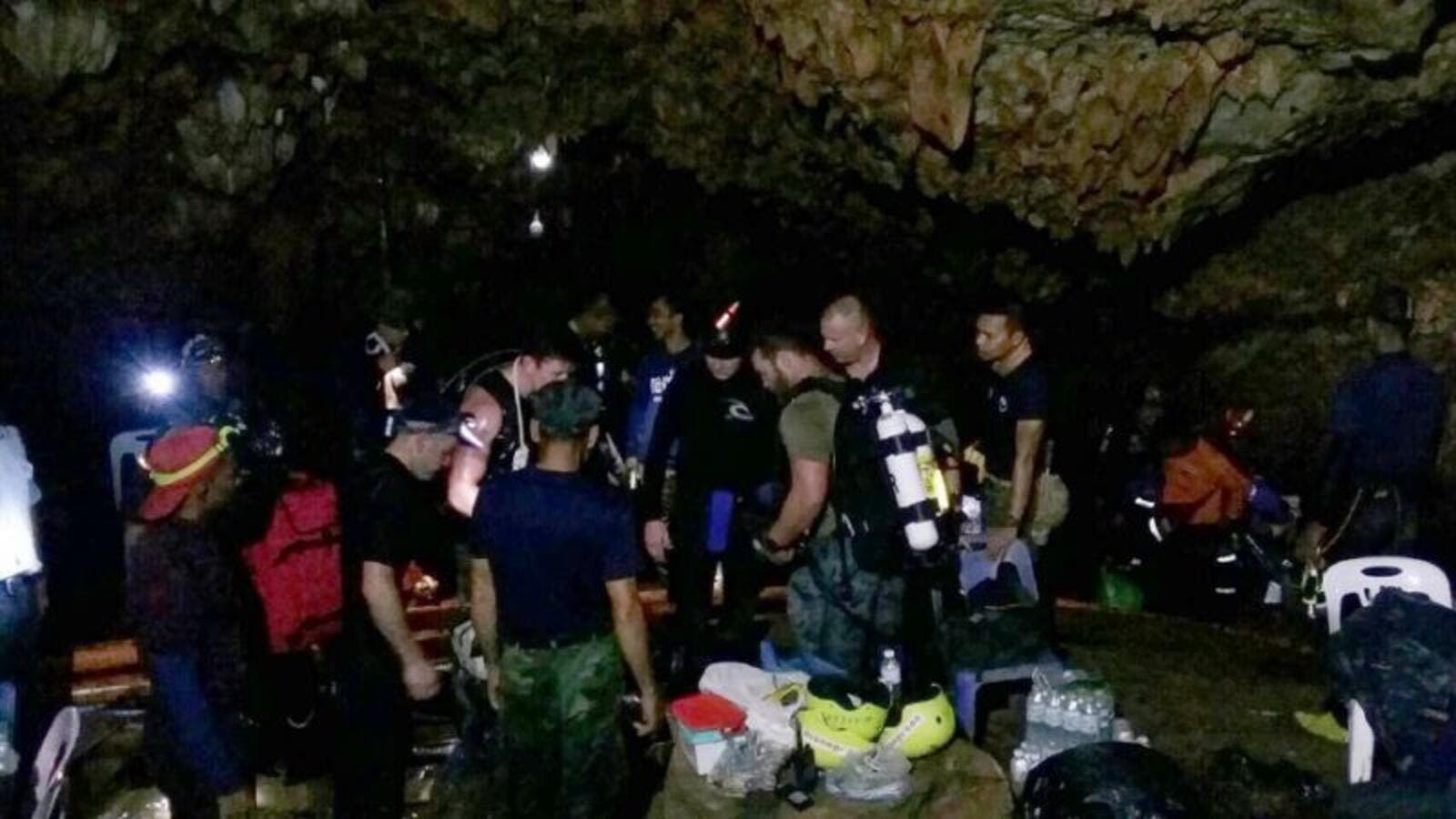 The first two boys emerged Sunday night from the cave in Thailand where they have been trapped for two weeks.

Within minutes the boys emerged from the Tham Luang cave complex and were immediately placed into ambulances and rushed to a hospital, authorities told ABC News.

Earlier in the day, divers began the 2.4-mile journal of attempting to remove the 12 boys and soccer coach from the cave.

They expected the process to take two or three days. Two divers will escort each boy.

"We have a fraction of a second to help them come out," the governor said.

In all, 13 foreign divers and five Thai SEALS are involved in the rescue.

At 10 a.m. local time, 10 divers headed to chamber 9 where the boys are located and the others will remain along the route.

"They insist they are ready to come out," Narongsak said Sunday of the rescue team. "Family has already been notified."

He added doctors assessed they were "very fit physically and mentally... They are determined and focused." The group and their families agreed that they should be moved as soon as possible, he said.

The trip will entail foot walking through muddy areas or floating in areas.

"There are two obstacles, which are water and time," Narongsak said. "We have tried all possible ways to get the boys out, but sometimes we can't win over nature."

Ruled out was drilling into the cave from above.

"Experts' assessments indicate that today is the most ready we can be," Choorat Panngao, Provincial Police Region 5 deputy commander, said. "If we don't do it today we will lose our opportunity."

Osatanakorn said efforts to remove floodwater and divert water flows have been "very successful," but seasonal monsoon rains forecast to hit the region this weekend and throughout next week.