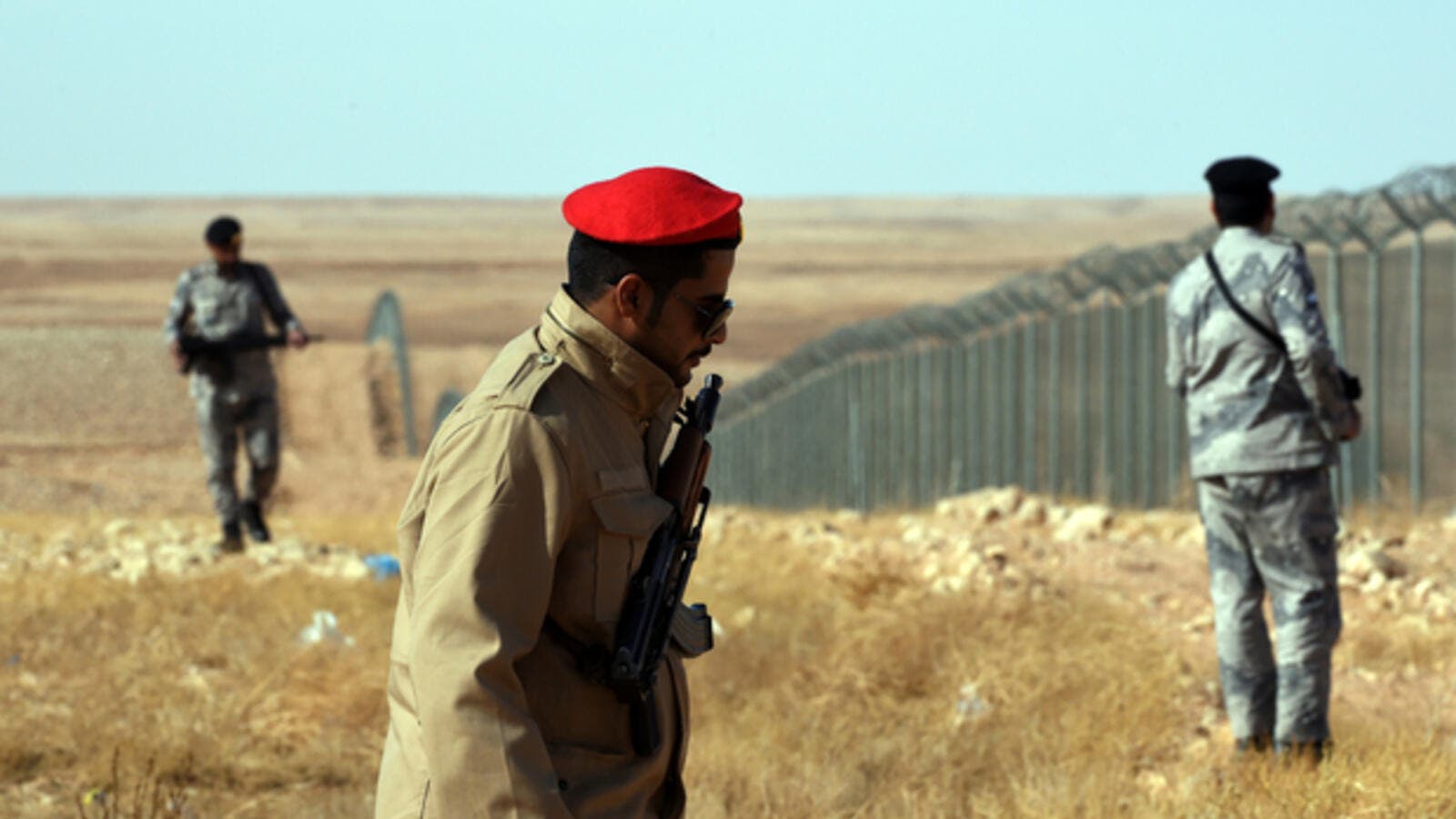 Members of the Saudi border guards patrol the fence on the Iraqi border. (AFP/ File Photo)

Saudi Arabia’s border guards foiled an attempt to smuggle a massive drugs haul into the northwestern province of Tabuk on Sunday.

Border guards found 2,851,500 amphetamines tablets and 1.5 kilos of opium on a boat being used to cross to the maritime borders of Tabuk, Saudi state news agency SPA reported.

Two Egyptian nationals on board the boat were arrested, while two Saudi nationals who were receiving the narcotics were also arrested.