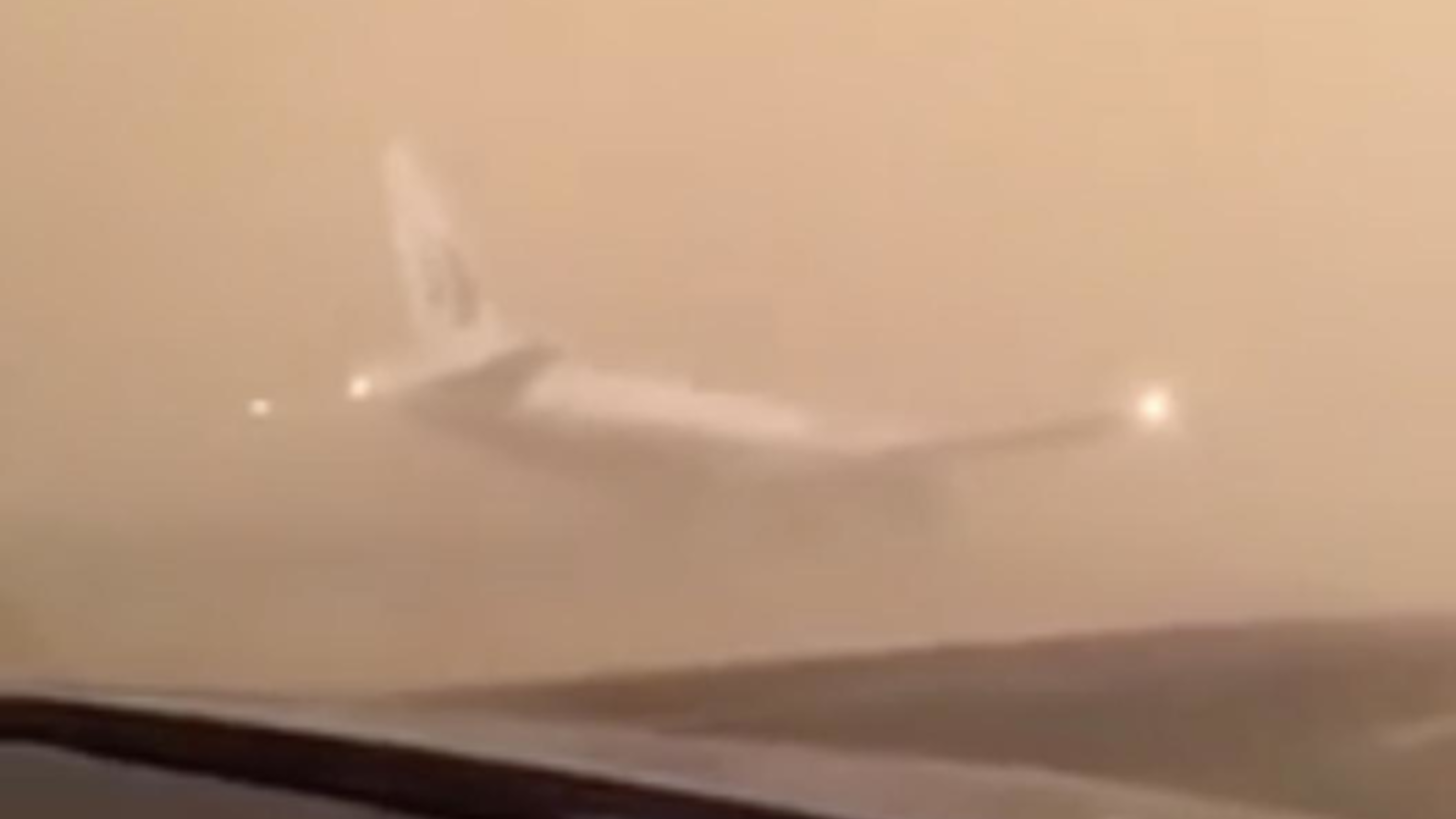 Saudi authorities have denied rumors on social media of an airplane landing on a busy highway due to adverse weather conditions.

The video showed a plane racing through a powerful sandstorm in Jeddah, in western Saudi Arabia, with vehicles speeding next to the aircraft.

Social media users alleged the plane had landed on the busy Jeddah-Makkah highway during the sandstorm.

However, the Saudi General Authority of Civil Aviation (GACA) denied the accuracy of the video saying it had been filmed inside Jeddah’s King Abdulaziz International Airport on September 2015 amidst a sandstorm and the cars near the aircraft belonged to the airport's executive office.

So That's Him! Rawan Bin Hussain Reveals Her Husband's Face for the First Time