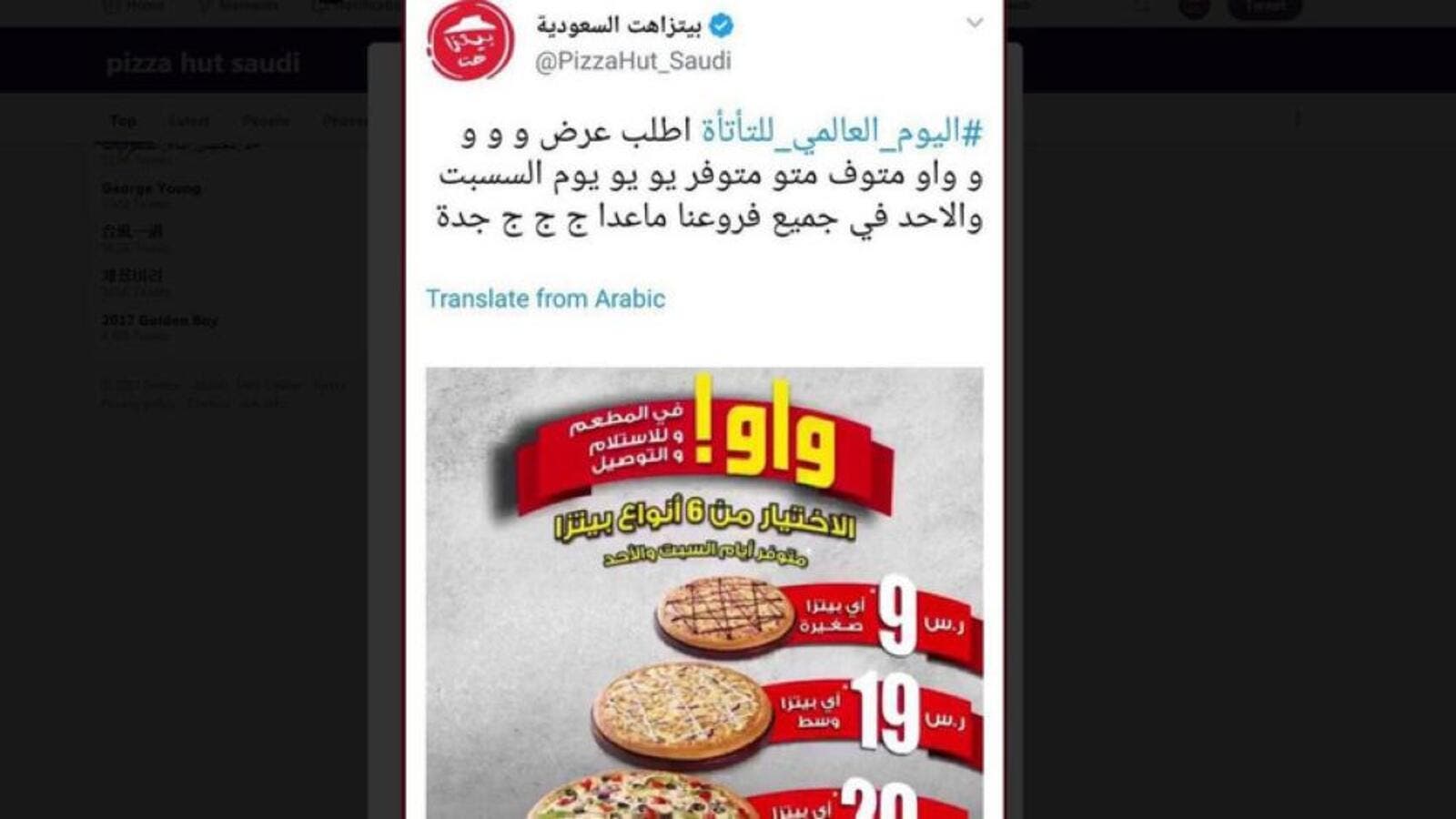 Pizza Hut posted the ad in a Twitter hashtag to participate in the International Stuttering Awareness Day. However, social media has erupted aggressively toward the ad with several users believing the advertisement to be offensive.

The ad read as “order w w waw offer, a a available on s s Saturday and Sunday in all our branches except J J Jeddah.”

The ad was shortly yanked by the company that apologized for the blunder amid people’s demands to boycott the food chain.

The Ministry of Commerce and Investment said it will summon the company and take necessary measures against it.

Pizza Hut apologized for the “irresponsible” tweet, adding that it will take measures against those who committed this mistake. It also posted another tweet saying it will communicate with stuttering organizations to support them and sponsor them. The company was attacked heavily on social media with some calling for boycotting the brand and for other companies to be responsible before they post an ad.

Noura Al-Ghahtani is one of those who highlighted her concern to the ministry of commerce after she has seen the ad and noted: “Pizza Hut is contributing to the International Stutter Awareness Day by this ad which is offensive and embarrasses stutter.” Ghada tweeted “I stutter and this is so insensitive.”

Basma Al-Zahrani confirmed that she will boycott the Pizza Hutt in support for her 7- year-old boy who stutters.

Meanwhile, Adnan Al-Saleh, a lawyer, hoped that the company substitutes the franchise in the Kingdom since according to him it has offended a group of people who suffer from a psychological disorder. Mustafa, however, noted that he will boycott the company in his support for people who stutter.

Farhan Al-Juaidi called on users to be active in the hashtag calling for the boycott of the company.

Tarik Al-Habib a popular psychiatric, noted that he does not support boycotting the company but rather he said: “I call on Pizza Hut to apologize by providing treatment to people who stutter. This would be a long-lasting apology.”