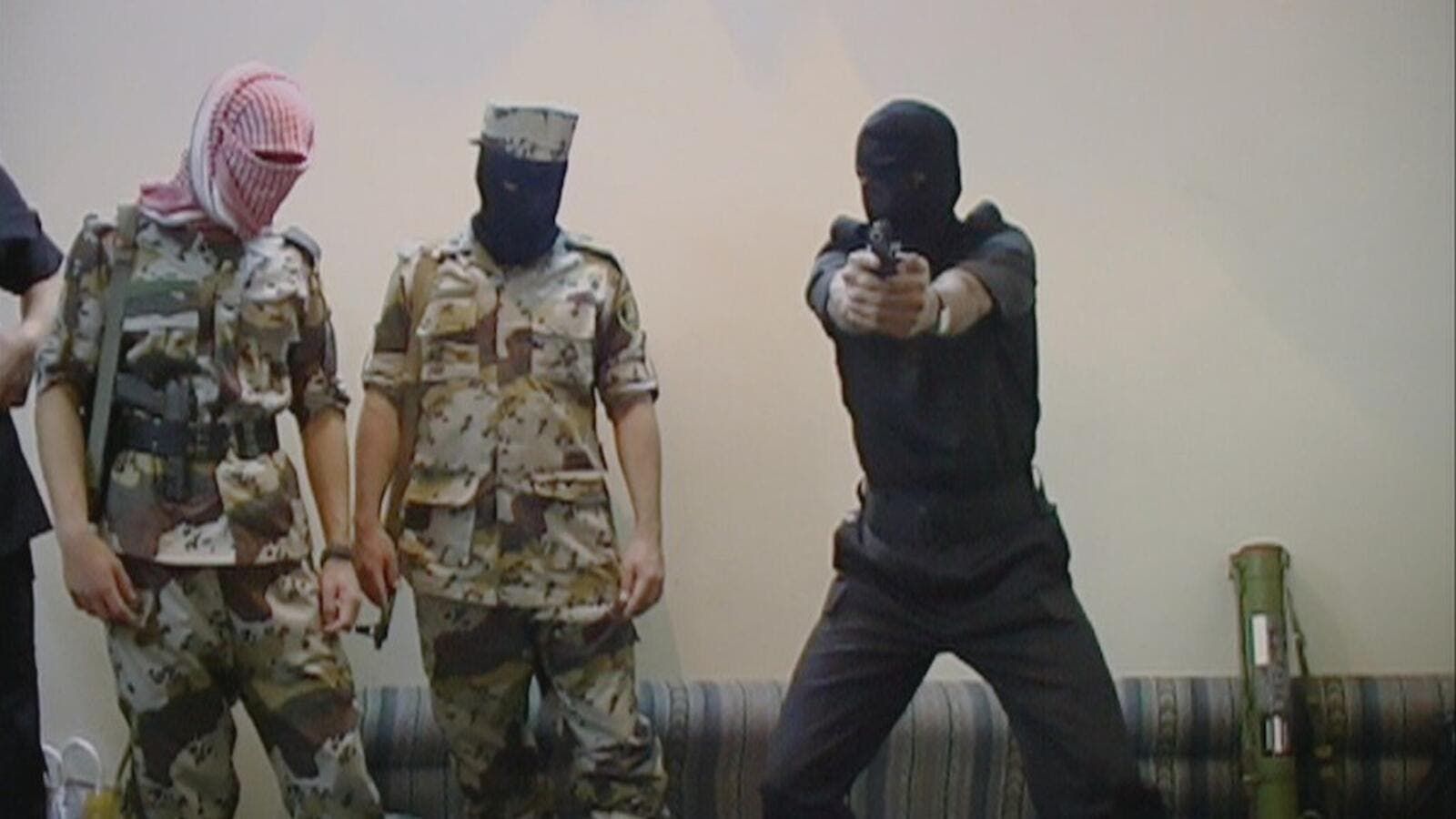 A shocking new documentary showing insider footage of an Al Qaeda training camp deep inside the Saudi Arabian desert will be shown in British cinemas next month.

The documentary, Path of Blood, features home videos shot by the jihadis while training for their one-way missions in footage which had been captured by Saudi Arabian security forces.

Some of the footage shows the terrorists having wheelbarrow races and falling on their faces.

The movie is being directed by BAFTA winning filmmaker Jonathan Hacker, whose previous work include the documentary Britain's First Suicide Bombers.

According to Trinity Film, who backed the project: 'It is the story of Muslim terrorists targeting Muslim civilians, who are brought to justice by Muslim security agents-- a stark reminder that all who are touched by terrorism are victimised by it.'

The documentary shows how the recruits are brainwashed before being sent on their missions.

The footage, which was recovered by the Saudi security services shows the jihadis plotting to launch suicide car bomb attacks in Riyadh.

The documentary, according to the film company does not editorialise and allows the viewer to come to their own conclusions.

Director Jonathan Hacker said: 'When I first saw this amazing footage I knew there was a film there waiting to be made. After a long journey I am very pleased to be releasing Path of Blood with Trinity to UK audiences.'

Cedric Behrel of Trinity Film said: 'Trinity are proud to be part of this important project. It is a thrilling and thought-provoking film, essential viewing for anyone who wants to understand one of the most important issues of our age.'

The documentary, Path of Blood, will be released in UK cinemas on July 13.

Path of Blood will be released in UK and US cinemas from 13th July.