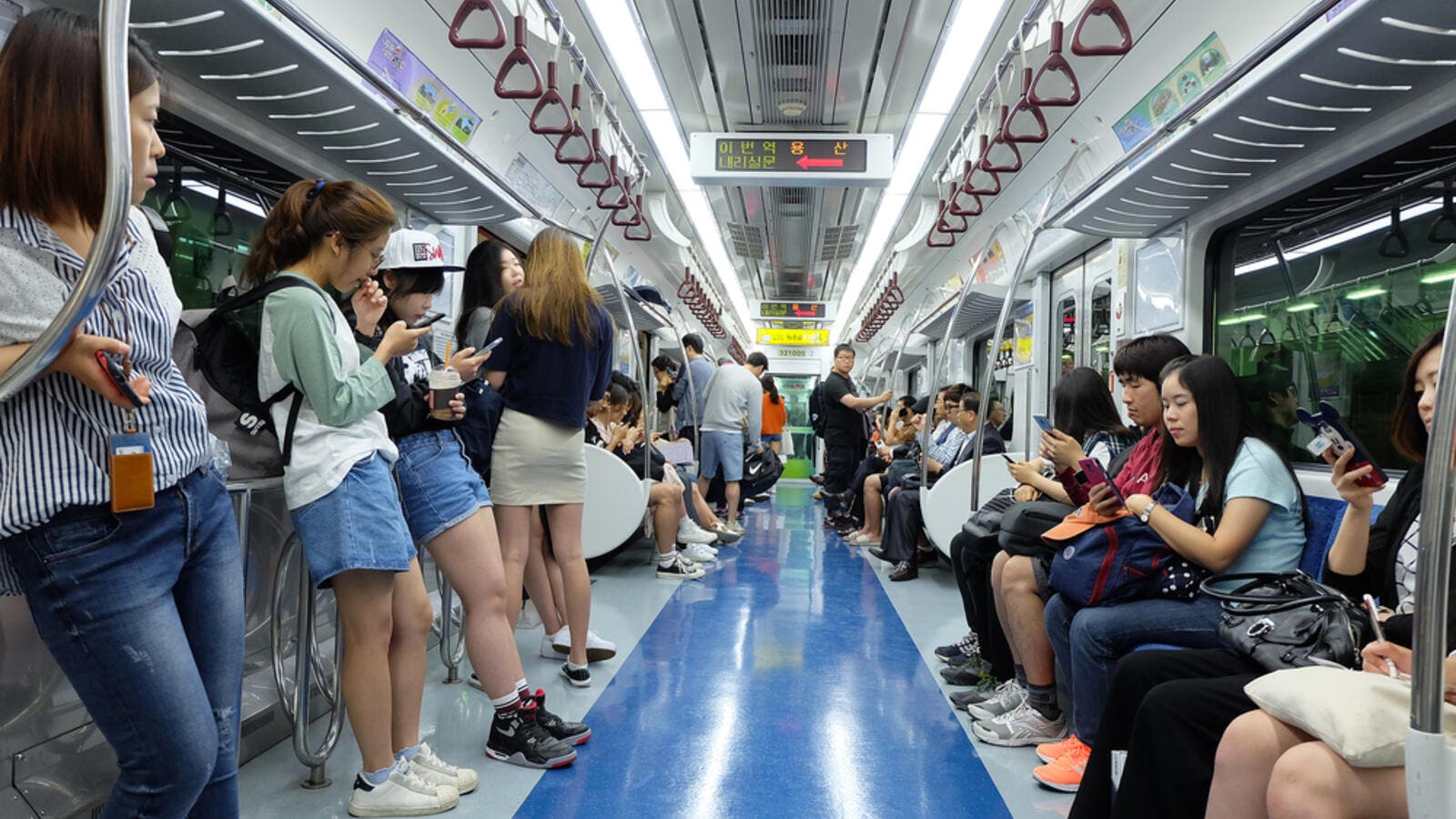 Passengers on the train in Seoul (Shutterstock/File Photo)

The joint inspection by the Ministry of Gender Equality and Family and the Seoul police in June captured 10 men, who were secretly filming women on subway and escalators at major subway stations in the capital city. The accused include two teenagers.

One is a 33-year-old office worker who was caught filming a woman in shorts standing before him on an escalator. He is accused of filming her for two minutes and 41 seconds with his mobile phone app, the ministry said in the press release.

Secret filming of women is rising in public places and the distribution of footage online is emerging as a form of digital sex crime.

According to government data, digital sex crimes have increased more than twofold from 2,400 cases in 2012 to 5,185 in 2016. A total of 2,086 online videos taken by hidden cameras were found and deleted in June by the Korea Communications Commission, the state media regulatory agency.

South Korean women have called for investigations into the emerging digital sex crimes. Thousands took to the streets over the weekend in Seoul in protest against what they say are biased investigations.

The protest was sparked by an investigation of a woman who allegedly photographed a man posing nude in a university drawing class in May. The woman is under trial. The demonstrators say police carried out the investigation quick because the case involved a female perpetrator, different from the way they have dealt with crimes involving male perpetrators.