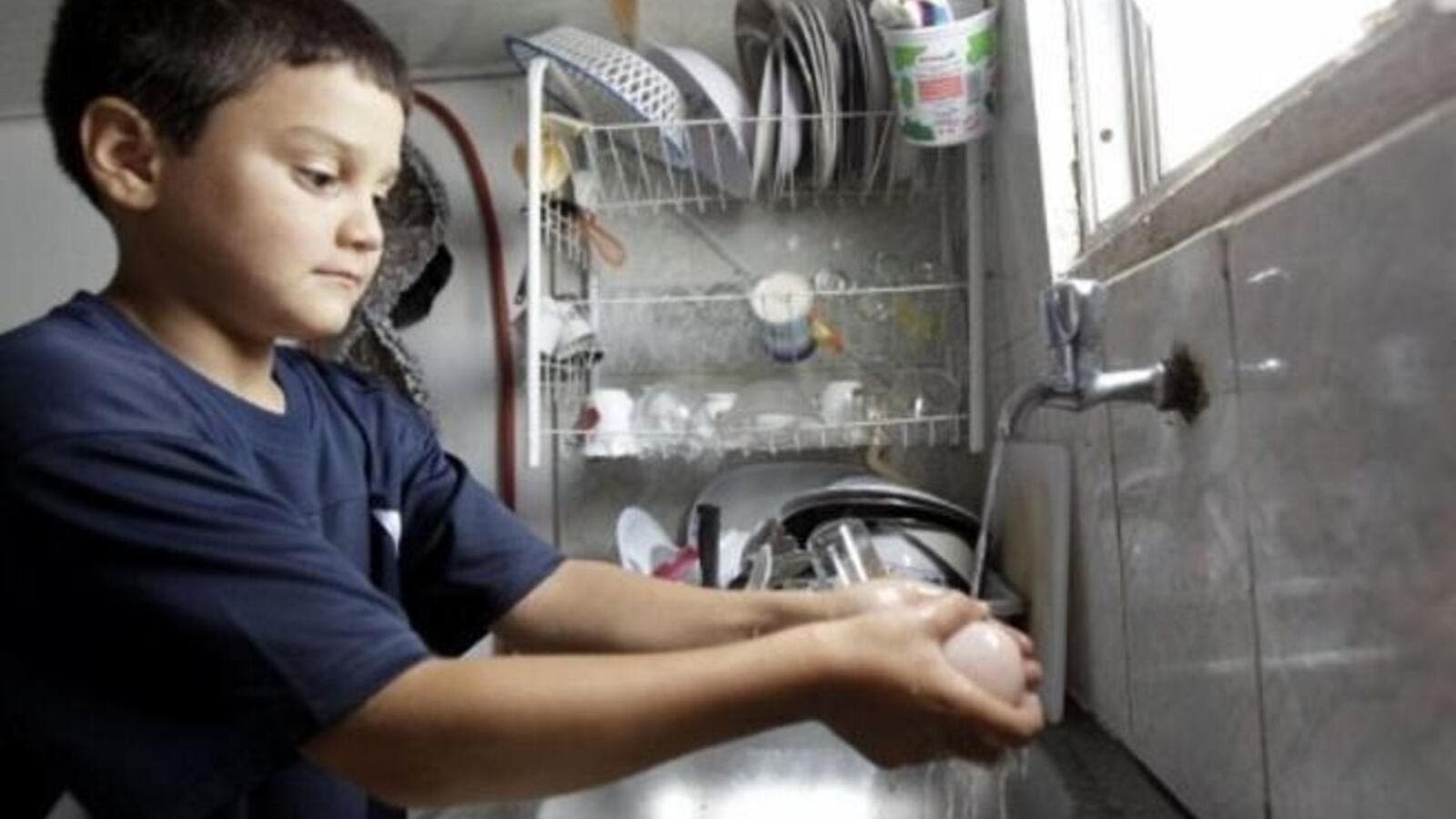 Tens of thousands of Syrian refugees who have fled from carnage and violence at home to neighbouring Jordan are draining the desert kingdom's meager water resources, officials and experts say.

It is a new challenge for Jordan, one of the world's 10 driest countries, where desert covers 92 percent of its territory and the population of 6.7 million is growing by 3.5 percent a year.

The tiny Arab country has given refuge to waves of Palestinian and Iraqi refugees because of regional conflicts over the past decades, and now the kingdom is hosting up to 120,000 Syrian.

"The majority of Syrian refugees are concentrated in the northern cities of Mafraq, Irbid, Ramtha, Jerash and Ajlun. All of these areas already suffer from water shortage," Fayez Bataineh, secretary general of the Water Authority, said.

"They add pressure to our limited water resources, and we need to be extra careful and wisely manage these resources."

"Each Syrian refugee needs at least 80 litres of fresh water a day, so 9,600 cubic metres per day for 120,000 people. The cost of this subsidised water supply is 13,000 dinar ($18,000) a day, not to mention other related expenses," said Adnan Zubi, assistant secretary general of the Ministry of Water and Irrigation.

"It is not the first time that Jordan hosted forced migrants, but our water resources and infrastructure are already overburdened."

Struggling to battle a chronic water shortage, Jordan is mulling controversial plans to extract water. It is tapping into a 300,000-year-old aquifer, despite concerns about high levels of radiation, while studying ways to build a canal from the Red Sea to the Dead Sea.

"When my family and I fled to Ramtha from Homs several months ago, we could not find enough drinking water," said Abu Eid, who has two sons and four daughters.

"Sometimes, I avoided eating in order not to go to the toilet later because there was no water to wash. But we have adapted to the situation."

Maher, another Syrian refugee living in the border town of Ramtha, said he needs to buy water every day.

"We have water shortages all the time. I shower once every 10 days," he added.

But Basma, a 25-year-old Syrian refugee woman in Irbid, disagreed.

"I did not face any water problems in Jordan. I think the Jordanians are doing what they can to help us and things are fine thank God," she said.

According to the UN refugee agency (UNHCR), more than 20,000 Syrian refugees are registered in Jordan.

"This reliance on local services and infrastructure also brings increasing pressure on the already vulnerable host populations of Jordan, as it is coupled with major water scarcity in the region, rising temperatures and a resulting negative impact on food production," McDonnell said, urging international support for the kingdom.

Jordan's average annual water consumption stands at around 900 million cubic metres, but more than 60 percent of this water goes to agriculture, which contributes 3.6 percent to gross domestic product, according to official figures.

"The Syrians came from water-rich areas to almost parched parts in Jordan," said Abdelrahman Sultan of the Jordanian-Israeli-Palestinian non-governmental group Friends of the Earth Middle East.

The Ministry of Environment said demand for water is expected to increase.

"This requires better infrastructure in order to ensure a healthier environment for the refugees, a project that would cost a lot," Ahmad Qatarneh, the ministry's secretary general, said.

The government says it is still difficult to determine the cost of hosting Syrians in Jordan.

"It goes without saying that it is high, but we cannot say for sure at the moment because Syrians are still fleeing to Jordan," said government spokesman Samih Maayatah.

More than 13,000 people have been killed, most of them civilians, since the uprising against President Bashar al-Assad's regime erupted in March last year, according to the Britain-based Syrian Observatory for Human Rights.

"We did not wonder whether we would get enough water or not in Jordan. We just ran for our lives," said Abu Eid.

Should Jordan provide refuge for so many refugees? What do you think?