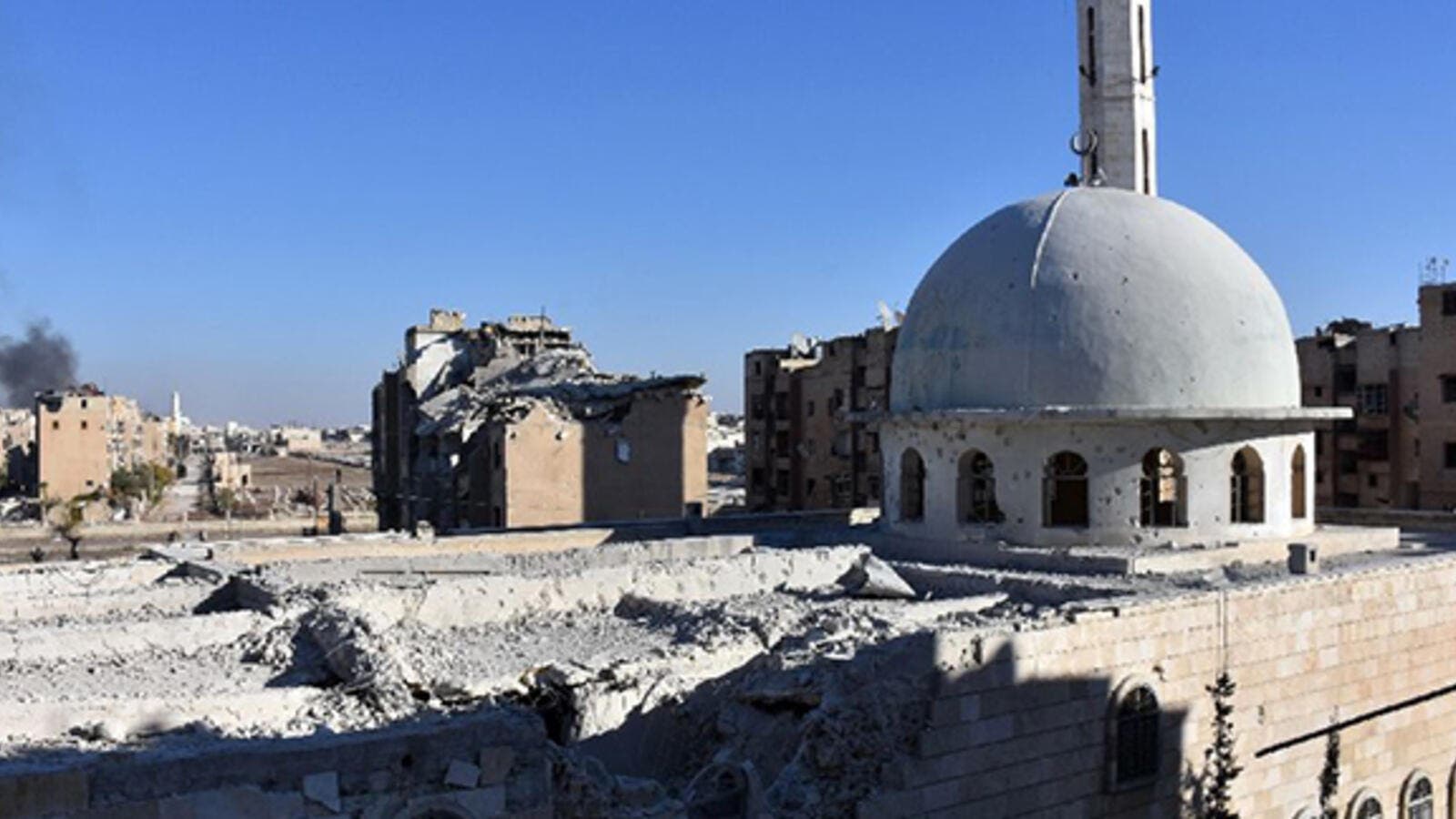 A damaged mosque stands in the Masaken Hanano district in eastern Aleppo, a day after Syrian pro-government forces seized it from rebel fighters (AFP/George Ourfalian)

Turkey’s Diyanet Foundation plans to repair dozens of mosques in Syria that were heavily damaged in the ongoing war, according to the head of foundation on Sunday.

Mustafa Tutkun told Anadolu Agency the state-run foundation was planning to construct and repair 66 mosques in cooperation with the Prime Ministry.

Tutkun said the projects would be carried out in places where extremists had been eliminated by Turkey-led Operation Euphrates Shield, including Cobanbey, Azaz and Jarablus.

Some mosques have already been reopened after repairs.

"We completed the repairs of the Kebir, Nur and Hasan mosques in Jarablus and have reopened it to the public for worship," he added.

Additionally, Tutkun said the foundation restored and reopened 127 mosques in cooperation with the Directorate of Religious Affairs that had been damaged by the PKK extremist group in Turkey’s east and southeast.

Syria has been locked in a devastating civil war since early 2011, when the Bashar al-Assad regime cracked down on pro-democracy protests - which erupted as part of the Arab Spring uprisings - with unexpected ferocity.

Since then, hundreds of thousands of people are believed to have been killed and millions more displaced by the conflict.