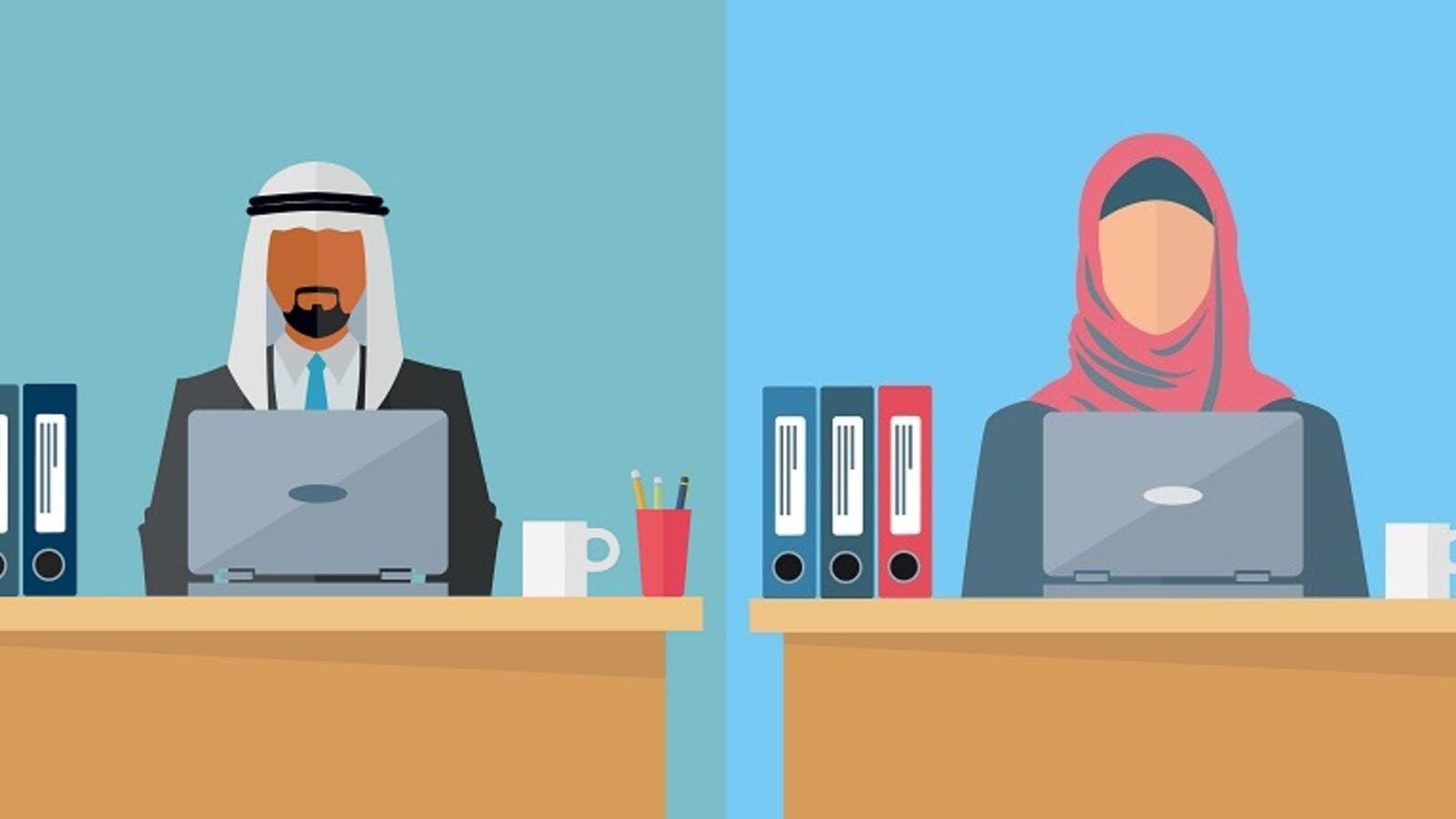 UAE launches a guide for gender balance in the workplace (Shutterstock Composite).

The UAE on Tuesday launched The Gender Balance Guide: Actions for UAE Organisations, which will be adopted by private and public organisations and institutions as a tool to advance gender balance in the workplace.

The guide, which was established by the UAE Gender Balance Council in coordination with the Organisation of Economic Cooperation and Development (OECD), is the first of its kind in the world.

The guide is in line with the United Nations’ 2030 Agenda for Sustainable Development Goals, and the UAE Vision 2021 of becoming one of the top 25 countries for gender equality.

“In 2015, we set up the Gender Balance Council to make the UAE reach an advanced global position and bolster our competitiveness in this field. This move complements efforts that were first initiated decades ago,” said His Highness Shaikh Mohammad Bin Rashid Al Maktoum, Vice-President and Prime Minister of the UAE and Ruler of Dubai.

On the sidelines of the launch in Dubai, Shaikh Mohammad attended a workshop titled “enhancing equality between the two genders in leading positions” on Tuesday.

He said: “Our constitution stipulates that equal opportunities must be provided for all citizens, and what we are witnessing today is notable progress in women involvement. The achievements of women in different sectors is a result of an approach that was established on a principle of equal opportunities for Emiratis, and capabilities and diligence remain the key distinguishing factor for ensuring an individual’s excellence.”

Shaikh Mohammad called on the public and private sector to implement the guide’s rules and guidelines. He emphasised that despite the country’s advanced experience in the field of supporting women, achieving gender equality and ensuring equal opportunities for both genders, the UAE will not fully reap the fruits of this experience unless efforts culminate to ensure a prestigious status for the UAE in relevant global competitiveness indexes.

On this occasion, Shaikh Mohammad hailed the generous contributions, and quality initiatives and projects of Her Highness Shaikha Fatima Bint Mubarak, Chairperson of the General Women’s Union, Supreme Chairperson of the Family Development Foundation and Chairwoman of the Supreme Council for Motherhood and Childhood.

He pointed out that for many years, Shaikha Fatima supported not only women in the UAE, but also women across the Arab world.

Shaikh Mohammad pointed out that such contributions served as a foundation for bolstering equal opportunities between the two genders.

Shaikha Manal Bint Mohammad Bin Rashid Al Maktoum, President of the UAE Gender Balance Council, and wife of Shaikh Mansour Bin Zayed Al Nahyan, Deputy Prime Minister and Minister of Presidential Affairs, also highlighted that achieving “gender balance” has always played an integral role within UAE society, and remains a key national priority for the country’s future. She emphasised the UAE’s journey has earned the world’s admiration and today, the nation enjoys the success of its efforts to achieve gender balance, as it continues on this path.

While not compulsory, entities will be encouraged to follow the Gender Balance Guide as their progress will be reflected in the National Index.

“One of the main goals of the guide is to reduce the gap between both genders in all a sectors in the UAE and give the right opportunities for women and men in all positions. This will enhance the role of UAE in competitive reports- in collaboration with the Federal Competitiveness and Statistics Authority,” Mona Ganem Al Merri, vice-president of the UAE Gender Balance Council, told Gulf News.

Gender balance progress will be measured through a number of national indicators, including two key performance indicators (KPIs) outlined in the UAE Vision 2021 – the Social Cohesion Index and the Happiness Index, which are dedicated to promoting a cohesive society and preserved identity.

The new Gender Balance Indicators (GBIs) are another key factor in evaluating improvement, with a focus on women in leadership positions, women in specialized and technical fields, and building workplaces that support gender balance.

Al Merri said that while gender balance is a key national priority, the guide provides an overview of the opportunities available to promote gender balance within an organization’s management, performance and policy structures. It also includes human resources management tools and good practice indicators, as well as policy guidelines, which can contribute to mapping a national approach that both government and private sector entities can use to actively instill gender balance across their organizations.

Also commenting on the gender balance guide, Mari Kiviniemi, deputy secretary-general of the OECD, said it lays out the roadmap for the UAE and its organizations to harness the untapped potential that women represent. “It is an excellent achievement that of course needs to be completed by successful implementation,” she added.

Meanwhile, Abdullah Nasser Lootah, director-general of the Federal Competitiveness and Statistics Authority, referred to an estimation made by the International Momentary Fund that predicts a growth of 12 percent of the UAE’s GDP if the number of women in the labor force were to be equal to that of men.

“Hurdles slowing down gender balance in the community can be attributed to stereotypes and discrimination against women as well as ignorance,” he said.

Lootah pointed out the gender balance guide was established to remove any views that might cause an imbalance in the community.

The overall goal of the UAE’s Vision 2021 is to be among the best countries in the world by 2021. The UAE aims to build a cohesive society and preserve its identity with gender balance being a key component in achieving these goals.

Progress in organizations following the Gender Balance Guide will be measured through three levels — bronze, silver, and gold.

Organisations that demonstrate organizational commitment to gender balance, as well as efforts to promote awareness and achieve national gender balance indicators. This includes focusing on awareness building among employees through communication campaigns and inclusion of gender balance in supervisory and managerial training and development programs.

Organisations that are engaged in developing a Gender Balance Action Plan, the successful use of Gender Impact Assessments (GIAs) for policy and programme design, and the measurement of progress through collecting and analysing data.

Organisations that achieve gender balance excellence through the implementation of advanced gender balance practices, the successful use of GIAs for budgeting, and taking action to support other organizations and share lessons learned. They will be deemed as the best practice sites for gender balance.

46.6% of UAE’s labor force comprises women, the second-highest in the Gulf Cooperation Council after Kuwait

8 ministers in UAE cabinet are women, representing 27% of the cabinet

10% of entrepreneurs in UAE’s private sector are women

5.5% of senior positions in UAE’s private sector are held by women