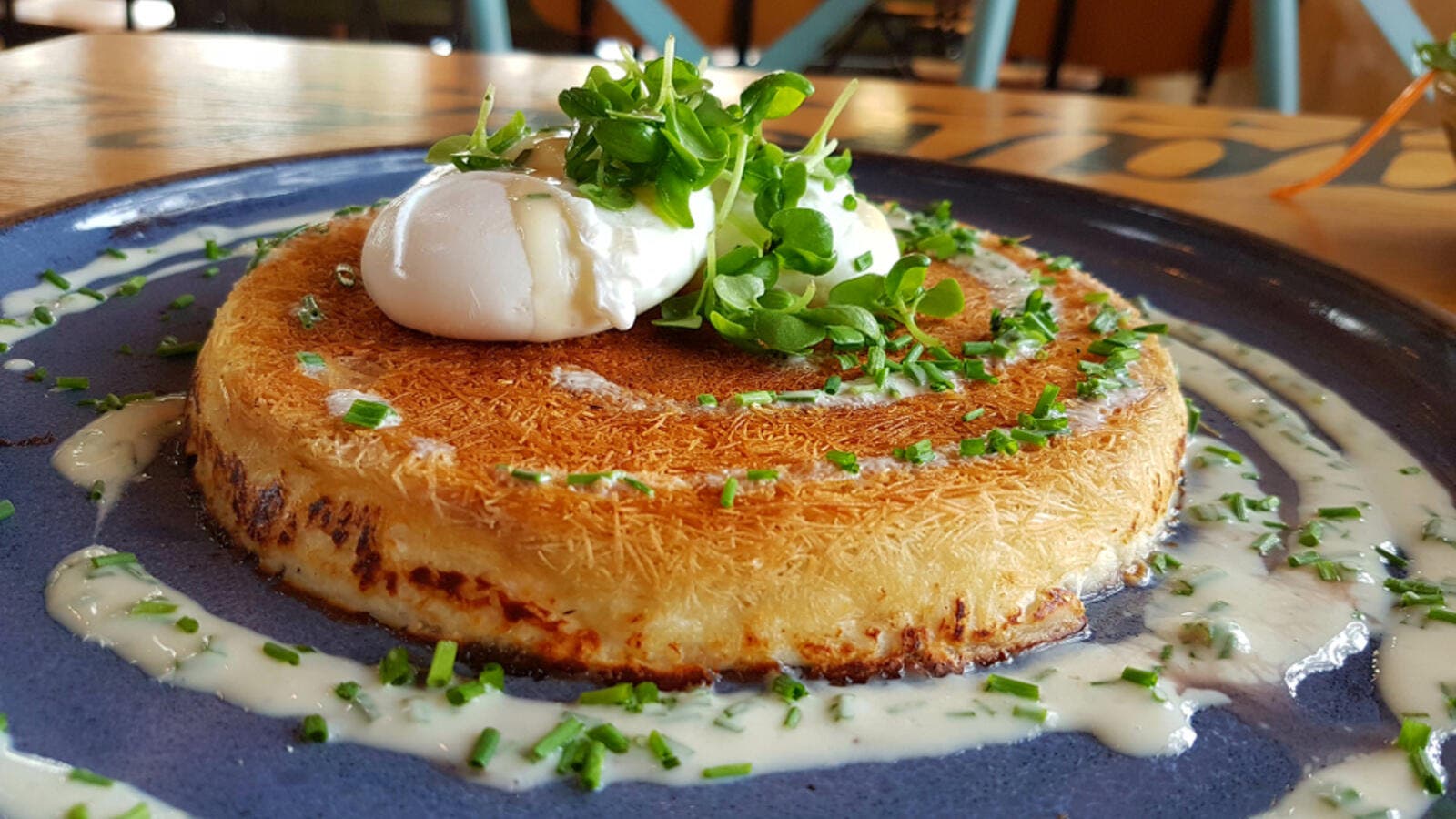 From a small room in their house in the besieged Gaza strip, brothers Karam and Muhammad feed hungry customers the famous Palestinian dessert, knafeh

Made with a thin noodle-like pastry, soaked in sweet syrup, and then layered with cheese, this dessert is keeping the two brothers out of the unemployed queues, as severe shortages and a crippled economy send the enclave into a deeper and deeper crisis.

"Professor's Sweets" was kick-started by the two brothers after aged-24 Karam couldn't find a job upon completing his studies in education at al-Aqsa University in Gaza in 2017.

"We opened a small shop in our house to sell Nablusian kunefe and decided not to be part of the unemployment lines, sat at home doing nothing."

Employment engulfs the tiny strip. The unemployment rate in Gaza rose from 39.8 percent to 61.2 percent in the ten years between 2007 and 2017, according to the Palestinian Central Bureau of Statistics.

More than a third of young people in Gaza hope to emigrate abroad and escape the current situation.

Inspired by the talent of his younger brother, Muhammad, 19, in making sweets, and especially Palestinian kunefe, Karam decided to set up their own home-based operation

Life in Gaza forces young people to find imaginative ways of securing a source of income. Karam and Muhammad managed to buy equipment for their project by agreeing to pay in installments.

Karam told The New Arab, about a week into the new project, that the amount of orders they received went above and beyond their expectation - with a new order coming in almost daily.

Karam focuses on marketing and customer relations, while Muhammed makes the sweets.

Muhammad said they had ambitions to introduce new sweets, and eventually set up their own store.

People in the Gaza strip have suffered from impossible living conditions since the blockade began 12 years ago.

For nearly a year, Palestinians have gathered weekly along the Gaza border fence, in marches dubbed the "Great Return March", to demand an end to the Israeli siege on Gaza and the right for Palestinians to return to their 1948 homes.

At least 248 Palestinians have been killed by Israeli fire since then, the majority shot during clashes, though others have been hit by tank fire or airstrikes.