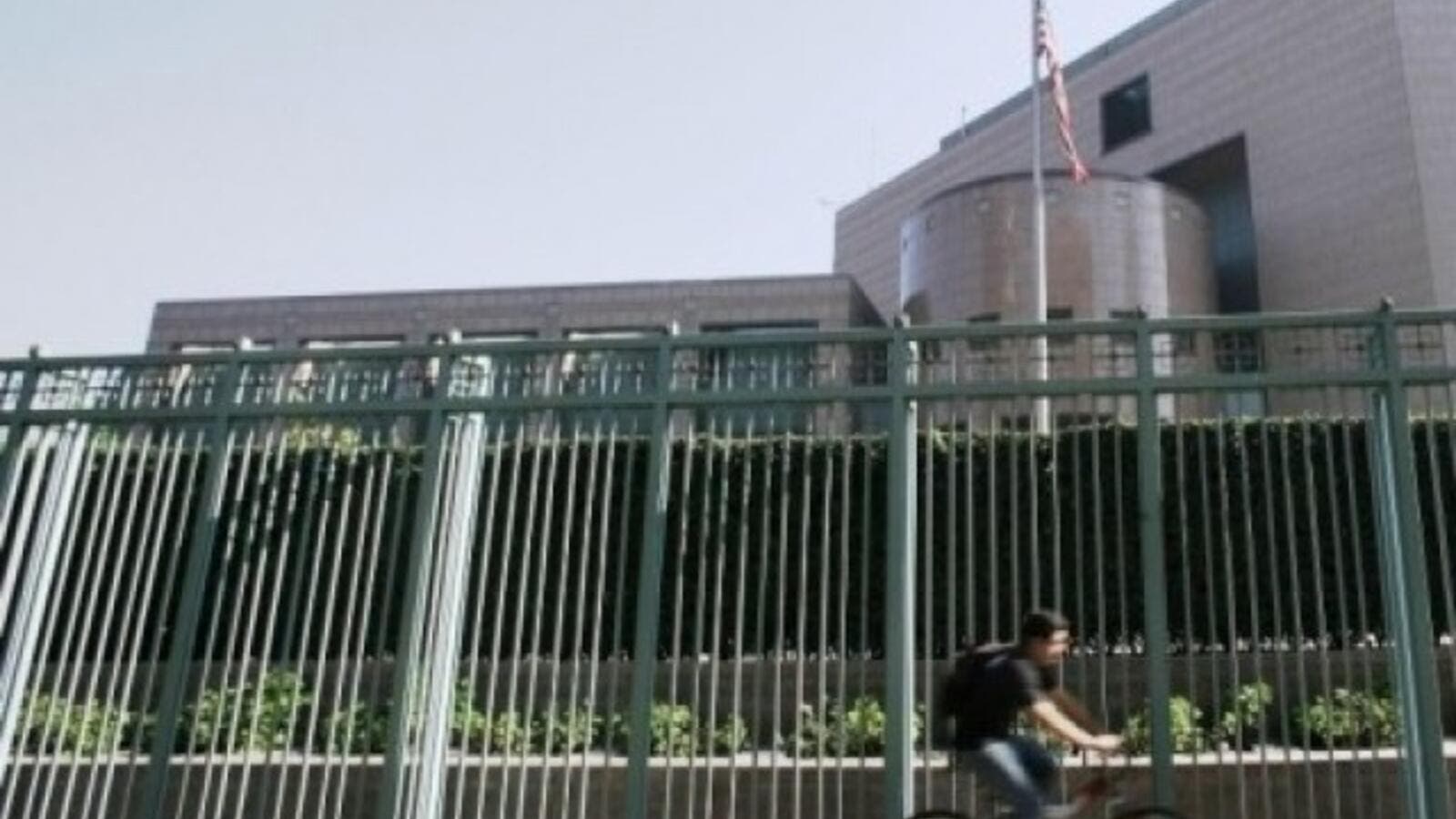 US Embassy in Islamabad (AFP/File Photo)

The U.S. Embassy in Islamabad rejected widespread assertions that its diplomat was under the influence of alcohol while operating a vehicle that violated traffic lights on Saturday and collided with motorcyclists, killing one and seriously injuring another.

“I can confirm there was no alcohol involved in this incident,” Richard Snelsire, U.S. Embassy spokesman, said on Tuesday. “We are in close contact with the appropriate Pakistani officials regarding this incident.”

A U.S. Embassy official told Arab News that U.S. Defense and Air Attaché Col. Joseph Emanuel Hall, the driver of the vehicle, had attended a Pakistan Navy reception in Islamabad on Saturday and was returning midday when the incident occurred.

“No alcohol was served and (he) had not consumed any alcohol on Saturday,” said the official.

Condemning the irresponsible driving accident, Pakistan Navy’s Director Public Relations at the Naval Headquarters, Commodore Arshad Javed, denied that any such reception was held on Saturday.

“All official receptions or functions are run by my office. I would have known if there was but I am not aware of it (the reception)”, the senior naval officer said.

Hall jumped two red traffic lights at an intersection between the residential sectors of F-7 and F-6 on the main Margalla road in Islamabad, which stretches from the east to west of the city, and struck motorcyclists Ateeq Baig and pillion rider Raheel Ahmed.

Baig died, while Ahmed fractured his leg and sustained other injuries, according to police officials. Neither was wearing a motorcycle helmet and the CCTV footage reveals that Hall spotted the riders immediately after his car had crossed a pedestrian zebra crossing at the stop light and applied brakes, contrary to reported police claims that he didn’t.

His white armored Toyota Land Cruiser with a bull guard hit the motorcyclists head on, judging by the marks on the vehicle impounded at Police Station Kohsar.

Baig’s father, Mohammed Idrees, registered a case of rash driving and unintentional murder with the police against Hall.

The U.S. Embassy did not comment if it had reached out to Idrees for a settlement but Idrees seeks justice and has no intention of negotiating over the death of his son.
Inspector Arshad Ali, investigating officer in charge of the case, that the investigation was under way and primary witnesses and all involved had given their accounts to police.

Police rejected media reports that Hall attempted to flee the country in the early hours of Sunday on Qatar Airways.

However, Islamabad police requested that the Interior Ministry on Monday place the diplomat on the Federal Investigation Agency’s exit control list to bar his travel outside the country, claiming Hall may escape investigation.

The Foreign Ministry has written to the police to say they have “limited options to investigate the matter” as Hall enjoys diplomatic immunity.

A day after the accident, Pakistan’s Foreign Ministry summoned U.S. Ambassador David Hale to register its “strong protest” against the traffic accident.

According to an official statement, it was clearly communicated to Hale that “justice will take its course in accordance with the law of the land and the Vienna Convention on Diplomatic Relations 1961.”